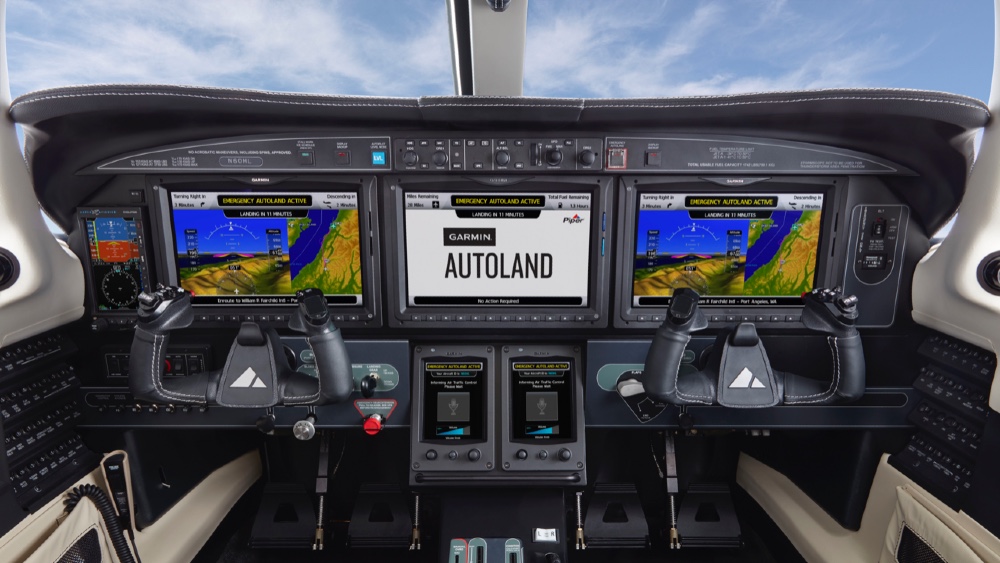 Imagine a day when pilots heading into a busy airport can look through a set of augmented-reality goggles that lets them see air traffic, making aircraft 1,000 feet above—even hidden by storm clouds—appear visible to the naked eye. Such capabilities, called simple vehicle operations (SVO) technology, are not only coming to aviation, but in some instances they have already arrived.

“SVO is really about applying technologies that can perform better and more reliably than pilots,” says Dustin Kilgore, an aviation systems team leader at Garmin. “We view SVO as a framework that allows automation and technology to either replace or reduce the pilot training required to safely and proficiently operate an aircraft.”

Kilgore’s comments were part of a recent webinar organized by the National Business Aviation Association to discuss SVO. The webinar was hosted by Brad Hayden, CEO of Robotic Skies, and chair of NBAA’s emerging technologies committee.

Automation that can take over multiple functions from the pilot is possible, as Skyryse demonstrates on a Robinson R44 test helicopter, but it may take many years for regulations to allow it into the cockpit.  Skyryse

SVO goes beyond mere avionics to encompass communications, navigation and even user interface, all with the aim of reducing the pilot’s workload. “There are a bunch of ways we can simplify the aircraft’s operations,” says Ben Klein, the general counsel at Skyryse. “Automation could bring about greater safety and utility to the general-aviation fleet.”

Freeing the pilot of some of the mundane tasks of flying can improve performance, but SVO systems also increase safety by introducing features that include anti-stall measures, controlling speed at various levels of takeoff and landing, and even smoothing out turns. Several systems already offer such tech, but only as alerts and nudges to pilots rather than by actually taking action.

Skyryse has been working towards simplifying “vehicle operations” by establishing automated systems on a Robinson R44 helicopter that is currently using in flight tests. “An aircraft like this is well-situated to benefit from SVO, given the rotorcraft’s inherent stability,” says Klein.

Drones are helping automated technologies to cross over to piloted aircraft.  Robotic Skies

The technology to take the next step already exists, but regulatory protocols have not caught up. “The eVTOL market must have these systems in order to fly, so they’re sort of forcing the issue with regard to vehicle certification and pilot training,” says Lowell Foster, the director of innovation and engineering at the General Aviation Manufacturer’s Association (GAMA).

Electric virtual takeoff and landing aircraft are expected to begin appearing in city skies by 2023, and become commonplace as air-taxis and cargo transportation by the end of this decade. Lowell says that SVO is the “only path forward for very dense airspace.” That includes urban centers, if the eVTOL revolution takes place, or busy metropolitan airports. “Automation is at an inflection point,” adds Lowell. “We can go backwards with manual operation or move forward with automation. Gama’s vision for safety is to move forward.” He says his group is working with NASA to create a “long-term vision” for practical uses for SVO on aircraft.

Older planes will benefit, too. “SVO is a package of hardware and software, and we will have the ability to have packages that can be retrofitted to a large part of the fleet,” said Klein.

In a decade, the automated cockpit may relieve pilots of multiple functions, so pilot certification will be much faster and more widespread.  Skyryse

While SVO will make it easier for more people to fly, training and safety will always come first. “There has to be a balance,” says Kilgore. “We need to make sure that the automation is appropriate and the delineation needs to be clear about what the pilot’s duties are and what the automated functions are. We want to make sure that as you increase automation, you do not reduce safety.”

“SVO needs to be certified fail-safe,” adds Klein. “We’re never going to have a reversionary mode, where a pilot who has been trained to be an SVO pilot all of a sudden has to know how to be a traditional pilot.”

Conventional flying won’t go away, but SVO can create a new type of flying machine that will attract a new breed of flyboy (or flygirl). “Some craft need SVO and some don’t,” says Kilgore. “But, in general, it will benefit the entire industry.”