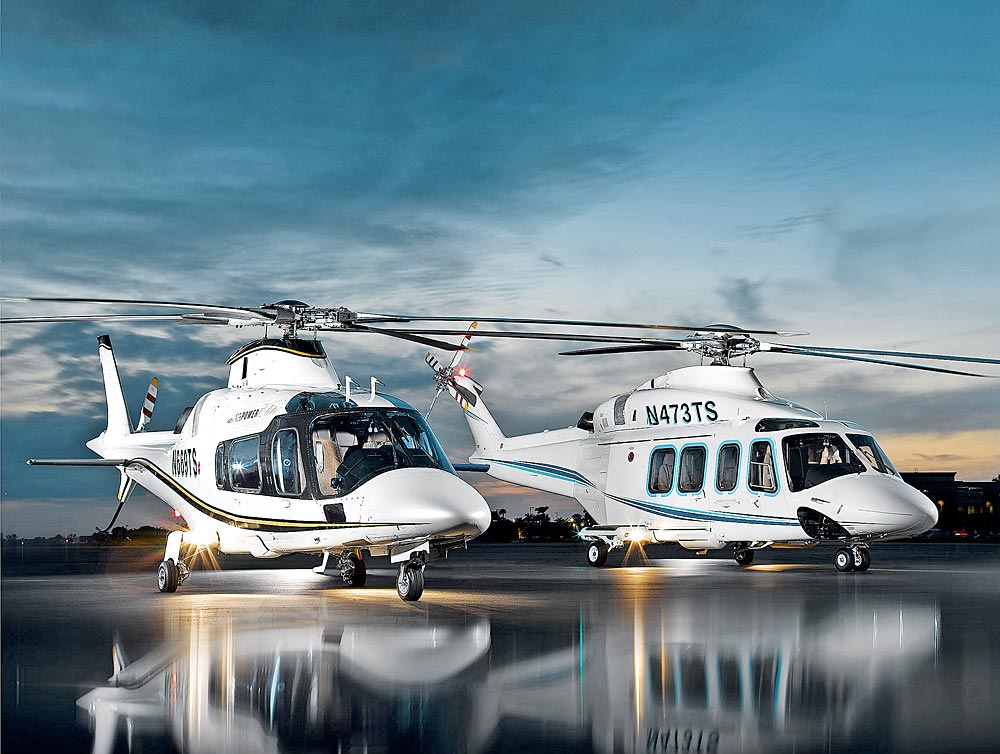 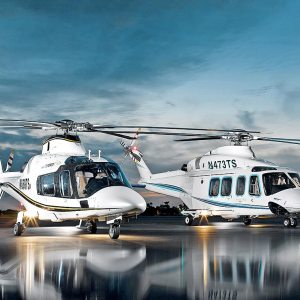 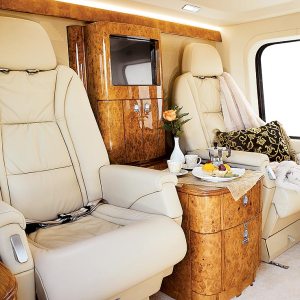 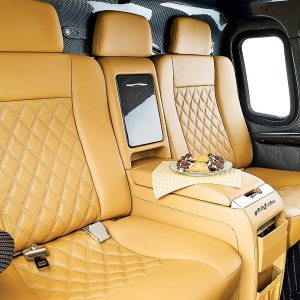 For very practical reasons, aircraft interiors are made of light, durable materials that happen to be rather dull and utilitarian. As part of an ongoing collaboration with Aero Toy Store (ATS), an aviation company based in Fort Lauderdale, Fla., legendary Italian design firm Pininfarina rejects the practical in favor of something much more fun. In a custom Agusta 109 Power Elite helicopter, Pininfarina designers use ceiling and side panels made of carbon fiber, the same material found in the bodies of Ferrari automobiles. This comes as no surprise, given that Pininfarina built its reputation designing Ferraris. “They chose it because it’s sexy,” says ATS general manager Gary Anzalone, “not because it’s practical.”

In creating the Agusta 109’s interior, Pininfarina’s designers took inspiration from the Bentley Continental GT. The helicopter’s quilted leather seats have a similar color to those in the automobile, and they bear the same signature double-stitching. ATS is also selling a Pininfarina-designed 2008 Agusta 139 Executive, a much larger helicopter with a passenger cabin that seats nine. Here, too, designers took care to increase the illusion of interior space with pinstriped carpet and eggshell-white leather seats that contrast with dark Santos mahogany side panels. The cabin has two-zone climate control, an interior custom-designed to minimize noise and vibration, an oversize map display, and entertainment features such as DVD/CD players and satellite radio.

Anzalone says an unlikely source inspired ATS and Pininfarina to collaborate on custom aircraft designs. A few years ago, a client drove his Maybach to the ATS tarmac and said he wanted to purchase a Gulfstream IV, but with the interior redesigned by Pininfarina to match his car’s interior. “Pininfarina’s designer matched it perfectly,” recalls Anzalone.

Since then, the firm has designed several interiors for ATS customers. For example, Pininfarina’s design for one client’s Challenger 601 3-A uses a quilted inlay on the leather seats that is reminiscent of interiors in the Bentley Continental and the Ferrari Daytona. The designers double-stitched the seats using a contrasting thread to accentuate the quilting and seams. They used the same quilting on the side panel to create the illusion of greater cabin height.

The two Agusta designs, however, are not customer-driven. ATS bought the helicopters and asked the Pininfarina design team to come up with automobile-inspired designs to fill each gutted interior. The Agusta 109, which is called only “a late model,” is priced at $7 million, while the brand-new 2008 Agusta 139 will sell for just under $17 million.

Neither Pininfarina nor ATS is worried about finding a buyer for these aircraft. Individuals who order a new Agusta from the factory can expect to wait five years or more to take delivery, and that is with the standard interior, says Anzalone. The Agustas at ATS, however, are available for purchase and delivery. “To get one right now, and to get one that’s custom-designed by one of the world’s most renowned design houses,” he says, “is just extra incentive.”