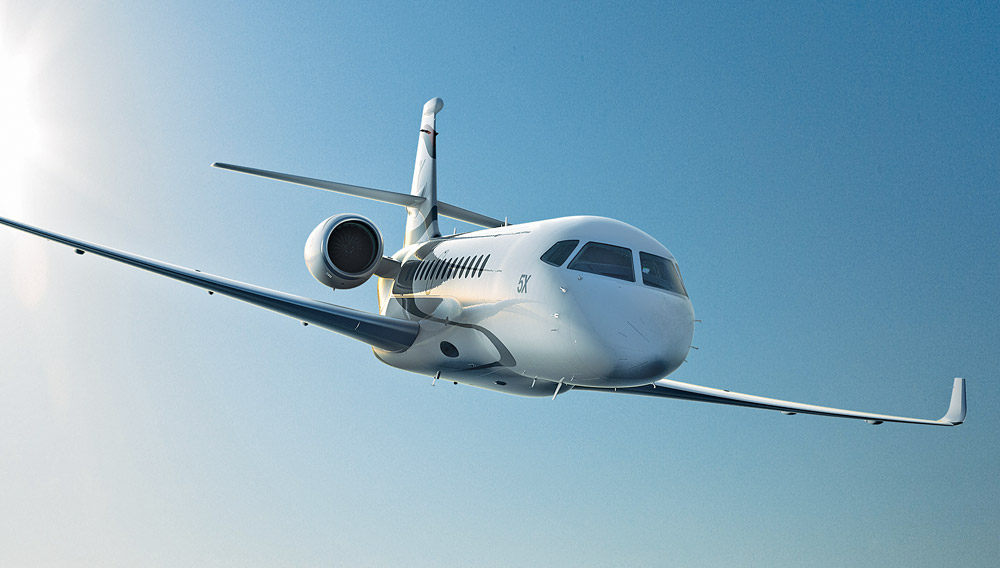 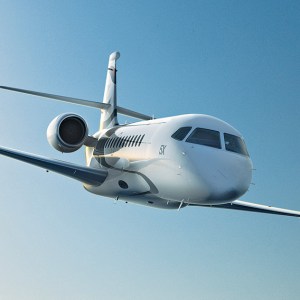 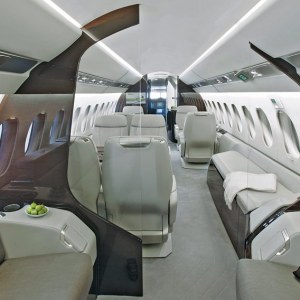 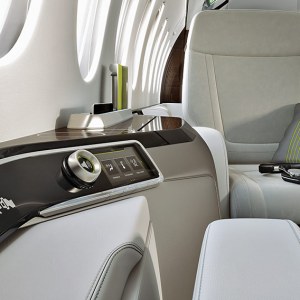 The Dassault Falcon 5X, a forthcoming business jet from Dassault Aviation, will feature the French manufacturer’s most spacious cabin ever, and the company promises that it will be the most fuel-efficient aircraft in the large-jet category. The cabin will be just under 9 feet wide, nearly 39 feet long, and 6.5 feet tall, which is taller than the cabin of any Gulfstream or Bombardier jet. The cabin is 5 inches shorter than the 7X’s, but the 5X’s fuselage has a greater diameter, so the floor is 10 inches wider and the cabin’s overall volume is 14 percent greater.

According to Dassault, the 5X will achieve 50 percent greater fuel efficiency—and thus correspondingly lower operating costs—than comparable aircraft because of its brand-new Snecma Silvercrest engines, lighter weight, and more advanced aerodynamics. The company, which introduced the 5X in October at the National Business Aviation Association’s annual conference in Las Vegas, has priced the jet at $45 million for the first 40 aircraft. Dassault expects the 5X to make its first flight in 2015, and deliveries are anticipated to begin in early 2017.

Like other jets in the Falcon fleet, the 5X will have a slow approach speed—just 121 mph. “That’s no small feat for an aircraft of this size,” says John Rosanvallon, president and CEO of Dassault Falcon Jet, the company’s U.S. subsidiary. The low velocity will enable the 5X to land on shorter runways at smaller airports that may be closer to travelers’ destinations.

Rosanvallon says the 5X’s cabin will offer “an entirely new flight experience.” It will be divided into three zones and will accommodate as many as 16 passengers. The width of the center aisle will be 5 inches greater than in other Falcon models, enabling passengers to move more freely through the cabin. The aircraft’s 28 windows, which will be larger than the windows in existing Falcons, will allow sunlight to flood the cabin, and a skylight above the galley area—a feature unique to the 5X—will provide even more natural light.

The 5X will have a range of nearly 6,000 miles, which is more than enough to cover the distance from New York to Moscow or Rio de Janeiro. Even when the aircraft is cruising at 41,000 feet, the cabin will be pressurized in such a way that passengers will feel as though they are traveling at an altitude no higher than 4,000 feet. This feature should reduce the fatigue associated with flying.

The cockpit will be equipped with larger, more ergonomic seats for the crew and full fly-by-wire flight controls that will reduce the pilots’ workload. Extra-wide windows will provide the pilots with wingtip-to-wingtip visibility.

The 5X will be the first clean-sheet Falcon since the 7X, which went into service in 2007. Dassault began developing the 5X in 2006 as a smaller aircraft called the Falcon SMS, but when demand for business jets plummeted during the financial crisis that started in 2008, development stalled. When the market began to rebound, Dassault revamped its plans and then resumed development of what had become a much larger and longer-range aircraft.