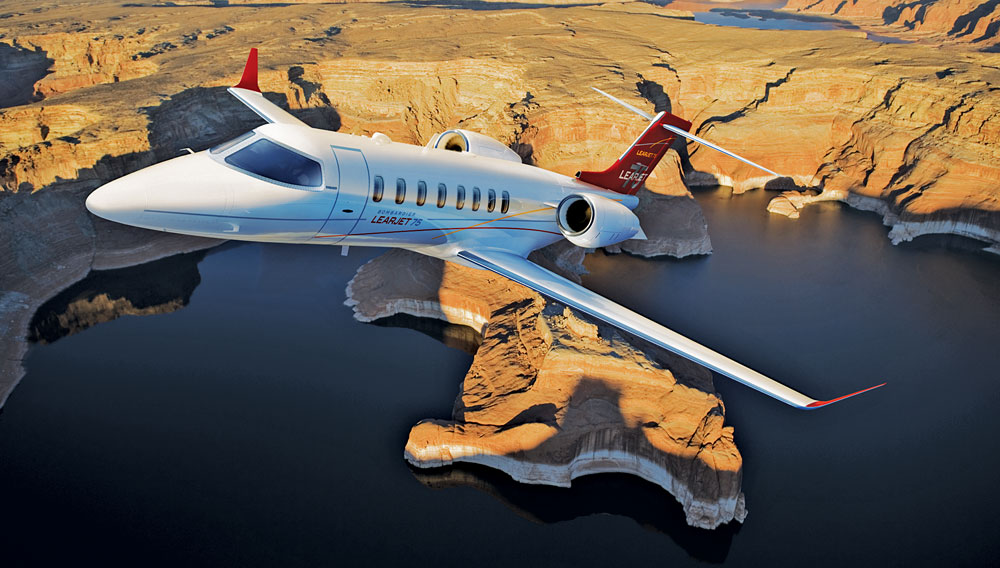 One effect of the economic recovery has been a growing number of new choices for private-jet buyers. However slow the pace of that recovery, many aircraft makers are optimistic enough to bring brand-new models into their pipelines, and Canadian manufacturer Bombardier appears to be among the most sanguine members of the industry. It plans to begin deliveries of the ultralong-range Global 7000 and 8000 jets as early as 2016 and the super midsize Learjet 85 in 2013. Most recently, Bombardier introduced a pair of new light jets, the Learjet 70 and 75, which it expects to begin delivering as early as the first half of next year.

The $11.1 million Learjet 70 and the $13.5 million Learjet 75, which will replace the 10-year-old Learjet 40 and 45, respectively, borrow much of their cabin and cockpit design from the Learjet 85. “The cabins are bright and spacious, with a lot of storage and connectivity, and individual controls for all aspects of the cabin environment,” says Learjet vice president and general manager Ralph Acs. “We spent a lot of time talking with customers to design a cabin to fit their needs.”

Most of the seats aboard the new jets are fitted with 7-inch high-definition touchscreen displays, giving those passengers control of a variety of cabin functions. Passen­gers also can use an iPad to access the onboard systems. Bombardier designed the Learjet 70 and 75 with plenty of room for baggage—65 cubic feet on each—a spacious galley, a low cabin altitude of 8,000 feet (meaning that the cabin is pressurized to feel like 8,000 feet above sea level at maximum altitude), and LED lighting throughout. The cockpits of both jets are equipped with Garmin’s new G5000 avionics and its Vision Flight Deck, which provides pilots with touchscreen controls and the latest weather-radar, synthetic-vision, and stability-augmentation features.

The cabin of the Learjet 70 measures 18 feet long and seats as many as six passengers; the slightly larger Learjet 75 has a 20-foot-long cabin and double-club seating for as many as eight passengers. The jets’ new Honeywell engines are exceptionally quiet and, in combination with the aircraft’s second-generation drag-reducing canted winglets, help boost fuel efficiency by about 4 percent over that of the Learjet 40 and 45 under certain conditions. The greater fuel efficiency enables longer range and shorter takeoff and landing distances for both jets. The Learjet 70 and 75 cruise at speeds faster than 500 mph and have maximum ranges of 2,300 miles and ceilings of 51,000 feet.