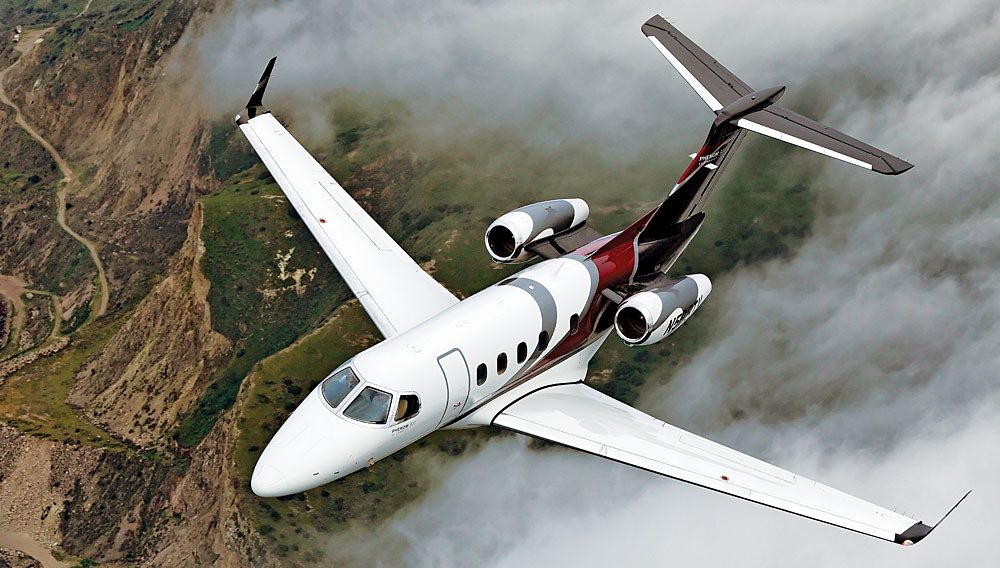 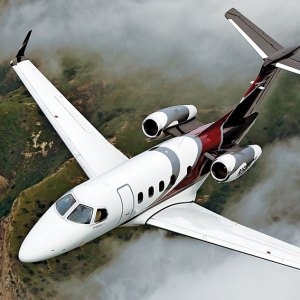 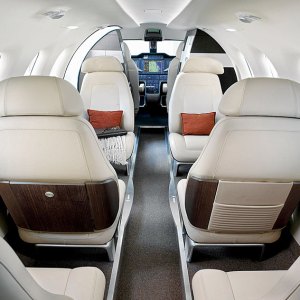 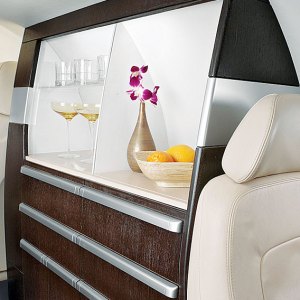 Former motorcycle drag-racing legend Terry Vance likes to take a hands-on approach to running his business, and his new Embraer Phenom 300 enables him to do so. The Brazilian manufacturer’s $8.14 million aircraft—a larger, more powerful follow-up to the Phenom 100—delivers remarkable range, speed, and comfort for a light jet, making it an ideal transportation solution for entrepreneurs like Vance, who serves as president of Vance & Hines, an aftermarket motorcycle-product manufacturer based in Santa Fe Springs, Calif.

Since announcing the Phenom program in 2005, Embraer has invested approximately $1.4 billion in bringing to market the line’s two models—the $3.75 million Phenom 100 in December 2008 and the 300 in late January of this year, when Vance became the first individual to own the new light jet. (Embraer delivered the very first Phenom 300 to aircraft-management firm Executive Flight Services just weeks prior.)

Unlike competitors’ engineering teams, which most often are charged with simply developing new models based on previous designs, Embraer’s engineers worked from a blank slate in developing the 300. This freedom from the constraints of existing blueprints enabled them to optimize the jet’s performance with such innovations as a swept wing with a large surface area, which helps boost speed and minimize turbulence. Its advanced capabilities prompted Vance, after selling his Cessna Citation CJ2+, to choose the Phenom 300 over one of the newer aircraft in Cessna’s CJ line.

“[The 300] goes through the air burning just a little bit more fuel than the CJ,” says Vance’s pilot Paul Belna. “But [the 300] gets you there quicker, so it actually burns less. It’s a good trade-off.”

The jet’s greater velocity allows Vance, whose company runs Harley-Davidson’s racing program, to travel more efficiently to the numerous destinations he must visit in the course of conducting business. “Harley is in Milwaukee,” he says, “but we also have a facility in Indianapolis, so I need to be all over the country. I went to Houston for a race last week, and this weekend we have an event in Phoenix. [The 300] makes it so I can take care of my business, do the things I need to do, and be home for dinner with my family. For me, there’s just no other way to do it.”

A typically configured Phenom 300 interior can accommodate as many as eight passengers. While carrying six occupants, the jet can travel almost 2,300 miles, achieve speeds beyond 520 mph, and reach 45,000 feet in less than 25 minutes. The aircraft is also efficient on the ground, thanks to such features as an externally serviceable lavatory, single-point refueling, and a full-size airstair door.

Vance and Belna also appreciate that Embraer equipped the 300 with Garmin’s G1000 avionics suite, which lowers overhead costs by allowing a single pilot to operate the jet. But ramp presence also played a key role in the Motorcycle Hall of Famer’s decision-making process.

“From an aircraft owner’s perspective,” says Vance, “when you see a CJ4 parked next to a 300 on the ramp, you’ll understand why a guy would buy a 300. The difference is just unbelievable.”