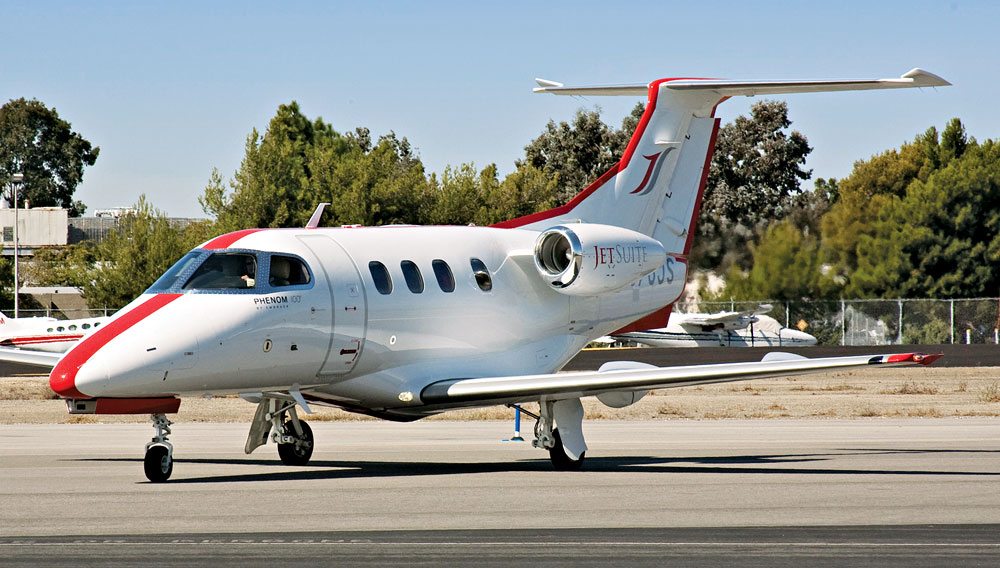 Alex Wilcox is no stranger to innovation. He was the first JetBlue employee, in 1999, before moving to Mumbai to launch Kingfisher Airlines, which has become one of the largest operators in India. Each of those companies secured a sizable portion of its market, he says, by offering a better flight experience at a lower cost than the competition—by “building a better mousetrap.”

The latest venture from the 41-year-old Wilcox is JetSuite, a charter provider founded in 2009 (and newly headquartered near John Wayne Airport in Southern California’s Orange County) that operates a fleet composed entirely of Embraer Phenom 100 light jets. The four-passenger Phenom 100 is a highly efficient aircraft: It has a range of about 800 to 1,100 miles and burns just over 100 gallons of fuel per hour. This efficiency enables JetSuite to offer flights at rates that Wilcox believes will prompt more travelers to switch from commercial airlines to private aviation. He notes that 1 percent of Americans have ever flown on a private jet. “We want to double, triple, or even quadruple that number,” he says.

One of the ways JetSuite plans to accomplish that goal is through a new partnership with Singapore Airlines. Instead of relying on commercial connecting flights, the airline’s passengers now can fly aboard JetSuite Phenom 100s to and from three of Singapore’s gateway airports: Los Angeles International, San Francisco International, and Houston’s George Bush Intercontinental.

In addition to the Singapore Airlines connecting flights and on-demand charter, JetSuite offers a deposit-based membership program, which locks in charter rates, and several other value-oriented programs. Through its SuiteKey Membership Program, JetSuite charges clients a minimum deposit of $25,000 to lock in a charter rate of no more than $4,000 per flight hour. Most other membership programs require deposits of at least $100,000 to guarantee charter rates for a year or more, though those companies offer a wider range of aircraft and a correspondingly wider range of rates. JetSuite’s hourly rate covers all four passenger seats aboard a Phenom 100 for a direct flight to any of 15 set destinations in the western United States. These SuiteSpots, as the company calls them, include major cities in Texas, Arizona, Nevada, and California.

Other value-oriented offerings from JetSuite include SuiteShare, a program through which customers can buy or sell seats that are going to be unoccupied, and SuiteFares, which start at $999 each way for the entire Phenom 100 jet and can go even lower on certain days of the week. (Some of these fares are as low as $499 for customers who click the “Like” button on JetSuite’s Facebook page.)

“When we wrote this business plan five years ago, there were several other light-jet operators with plans similar to ours,” says Wilcox—without naming companies. (DayJet, for example, was a Florida startup that offered value-oriented private flights aboard the Eclipse 500 very light jet before suspending operations in the fall of 2008.) “Today, virtually all of them are gone, swept away in the tide of the recession of the last three years. JetSuite has persevered because of our better mousetrap.”