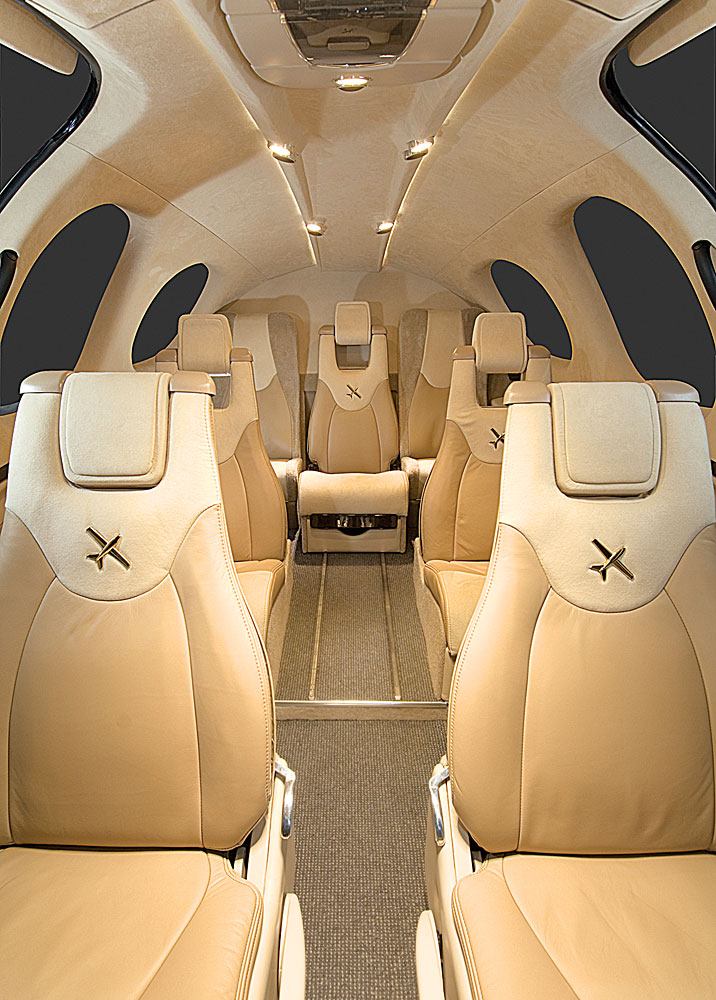 Mike Van Staagen is a big man; he stands 6-foot-4, with broad shoulders and long legs. Not surprisingly, Van Staagen, vice president of design for the Advanced Development Group at Cirrus Design, has never been particularly fond of flying in his company’s four-seat, SR22 piston-driven plane. The SR22 might be the best aircraft in its class, but its interior is a bit cramped, especially for someone Van Staagen’s size.

“The trouble is,” Van Staagen said in early October, at the Aircraft Owners and Pilots Association (AOPA) conference in Hartford, Conn., “it’s hard to get the piston engine to deliver more horsepower. We knew that if we wanted to make a plane significantly larger than the SR22, we’d have to use a different powerplant.”

Van Staagen joined Cirrus Design, which is based in Duluth, Minn., in 1993, and by 1999 he and others at the firm were kicking around the idea of building a jet. Cirrus’ founders, brothers Alan and Dale Klapmeier, approved the project and tapped Van Haagen to lead the design effort. His team, which now numbers close to 100, recently unveiled a mock-up of the aircraft they have been developing over the last eight years. Cirrus calls the plane simply “the-jet.”

The company brought the mock-up to the AOPA meeting in Hartford, where it attracted quite a crowd. The jet is 30 feet long, which is small enough to fit in a standard 40-foot hangar. But the cabin accommodates as many as seven people. Three forward seats slide back and forth on 30-inch-long runners, making the aircraft easy to enter. Passengers can shift their seats to whatever positions provide maximum room; most configurations will enable you to extend your legs fully, and five of the seats recline. “We also wanted large windows and two doors,” Van Staagen said as he stretched out on a seat inside the mock-up. “No one has done two doors on a pressurized plane.”

He explained that although the-jet will be pressurized, Cirrus has set its flight ceiling at a conservative 25,000 feet. “We could go higher,” he said, “but then the technology would become quite complicated, and you’d need a professional pilot.” Van Staagen expects the craft to cruise at 345 mph, compared to about 245 mph for a turbocharged version of the SR22, and to have a range of 1,300 miles (depending on the number of passengers). Cirrus plans to fly the-jet for the first time next year, and, assuming the aircraft receives FAA certification in a timely fashion, deliveries will begin by late 2010 or early 2011. Some 300 customers already have placed $100,000 deposits on the plane, which will be priced at approximately $1 million.

At the AOPA conference, Cirrus CEO Alan Klapmeier joined Van Staagen near the mock-up. “Sure, this is our first jet,” Klapmeier said. “But really, the propulsion system isn’t the point. What we want to do with this aircraft is offer a bigger, more capable version of the SR22—kind of like upgrading from a car to an SUV. So far, over 60 percent of our jet customers are Cirrus pilots looking to move up.”

Klapmeier and Van Staagen grinned cagily when asked if they foresaw Cirrus eventually building jets that are larger than the-jet. “Well,” said Van Staagen, “once you’ve incorporated the jet engine, it’s easy to scale it up for an even bigger cockpit.”

“I envision a plane that’s at least one step bigger than the-jet,” Klapmeier said. “But not much bigger. We aren’t corporate aircraft guys. We’ll always build planes for personal flight.”