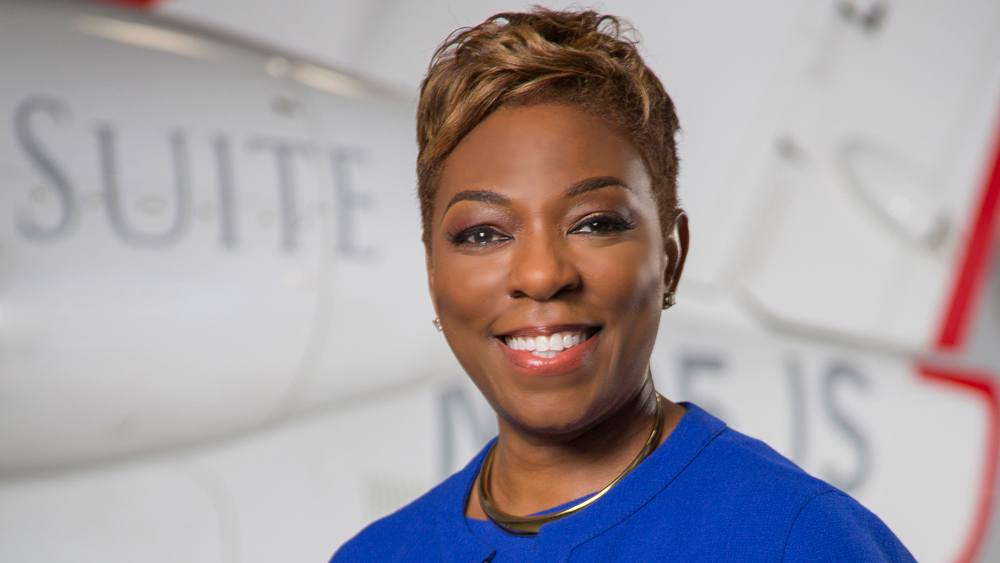 It’s not an exaggeration to call Stephanie Chung, the new president of private-jet charter company JetSuite, an aviation lifer. Born on an air force base, she has spent the last three decades in the commercial- and private-aviation industries, and she is still climbing.

JetSuite has noted that you’re the first African American of any gender to lead a major private-aviation company. Is that significant to you?

It is so significant that I try not to let it overwhelm me. You wake up one morning and find out you’re going to make history—I am extremely humbled. I hope my appointment will open the doors for other people, whether women or minorities, to look at aviation and not only to become a pilot or a flight attendant.

What kind of response has your appointment received?

As soon as the announcement came out I received a lot of outpouring and support and outreach from women throughout the country. I’ve also received support from men throughout the world. I got a really heartwarming LinkedIn message from a gentleman—who I don’t know—who is a pilot for a major airline. He said his daughter is in the aviation industry, and she loves it, but she will see me as a hero, because now she gets to see a woman in this business at my level. So he was thanking me on behalf of his little girl. It was extremely gratifying and extremely humbling.

Under your leadership, will JetSuite specifically target women passengers?

We have not created a program specifically for women just yet, but we know the buying power of the female market. So we would be crazy not to acknowledge it and start to speak to it. Whether they’re signing on the dotted line or they’re behind the scenes making the decision on which flight provider to choose for their family, women have a lot of buying power in private aviation.

As an air force kid, you moved every two years. Explain how that has influenced your professional life?

I was always the new kid on the block. I had to make new friends all the time, and that taught me how to understand people and about communication and human behavior and body language. I didn’t realize the things that I was learning, not until I became an adult and was on executive leadership teams and had to inspire and transform people on my team.

Before your career in private aviation, you taught “neuroscience selling.” What is that?

Leading teams and having to develop people professionally led me to do a lot of research on something that I’m extremely geeky about, which is not just human behavior, but the human brain. I am hugely into how neuroscience works in how we communicate. What that means is whether you’re leading a team or selling to a client or just trying to get your kids to eat their broccoli, you want to understand that the brain produces different chemicals when trust is being built, and when distrust is being built. When you understand that, it changes how you have a conversation.

So neuroscience selling is a program for sales people, especially for those who sell really high-ticket items. But what the program really does is help people understand what the brain is doing during that process. When you’re aware of that, it changes how you communicate and connect with people.