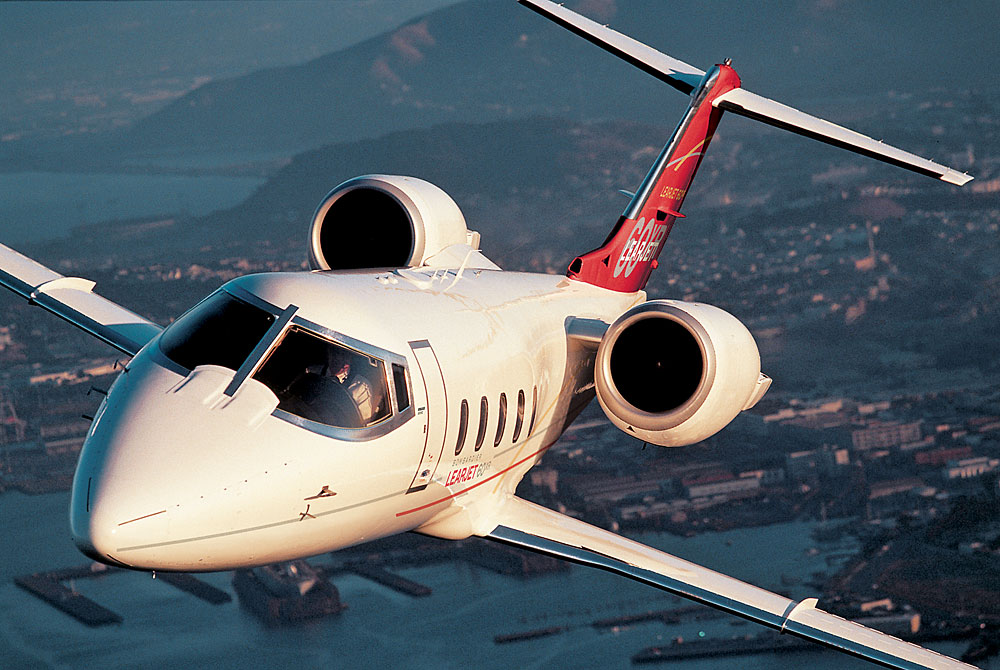 As the jet soars over the California coastline, Dave Ryan grins. Ryan, a 10-year veteran of Learjet, is piloting the company’s first production 60 XR, fresh from the factory. Bombardier Aerospace, the Canadian owner of Learjet since 1990, produces two other Learjets: the 40 XR light jet and the 45 XR, the only superlight jet with double-club seating. And now, with the nine-passenger 60 XR, Bombardier has created one of the fastest and most spacious jets in the midsize category.

Just before taking off, we had met with aviation legend Clay Lacy, the 75-year-old founder and president of Clay Lacy Aviation, an aircraft management and charter service based at Van Nuys Airport near Los Angeles. Lacy has logged more than 50,000 flight hours and has achieved several aviation speed records, including one he set in 1971, when he flew a Learjet 24 from Los Angeles to San Francisco and back in one hour, 10 minutes.

Lacy had just flown in the 60 XR for the first time, and he was commenting on the flight, and on Learjets in general, to some colleagues. He recalled how in 1965 he flew—as copilot with World War II Medal of Honor recipient Gen. Jimmy Doolittle—a Learjet 23, the first production model from Bill Lear’s then-new business-jet-building company. “The general wanted to assess the plane’s performance,” Lacy remembered. “We found that it had tremendous power for its weight. As we came down, Jimmy said, ‘Boy, if we had this thing with guns on it, we could easily have shortened the war.’ ”

The 60 XR is similarly powerful. From takeoff, it can reach 41,000 feet in just 18 minutes, which is faster than any other midsize jet’s time-to-climb. The new Learjet has a maximum speed of 536 mph and a range of 2,722 miles. “The 60 XR retains all the good things Learjet has had since the beginning,” Lacy said, “but now the company has added the most modern avionics system in the business,” a Rockwell Collins Pro Line 21. The digital system employs dual file servers that enable pilots to retrieve airport diagrams, approach plans, flight-plan maps, and other navigation aids and view them on four 8-by-10-inch LCD screens, which provide 75 percent more display area than those of previous Learjets.

The 60 XR’s cabin is 18 feet long, 6 feet wide, and nearly 6 feet tall. Interior options include satellite radio, audio/video ports for devices such as laptops and MP3 players, and two high-resolution monitors that can display maps, flight details, or movies. Orders for the $13.5 million plane currently are backlogged to 2009. Meanwhile, Learjet is preparing to unveil its next business jet, an even faster midsize aircraft with the working name NXT, this fall.

After cruising up and down the coast, Ryan lands smoothly back at Van Nuys Airport. As we debark from the 60 XR, Lacy is awaiting our arrival. “She’s a hell of a bird,” Ryan says with a grin.