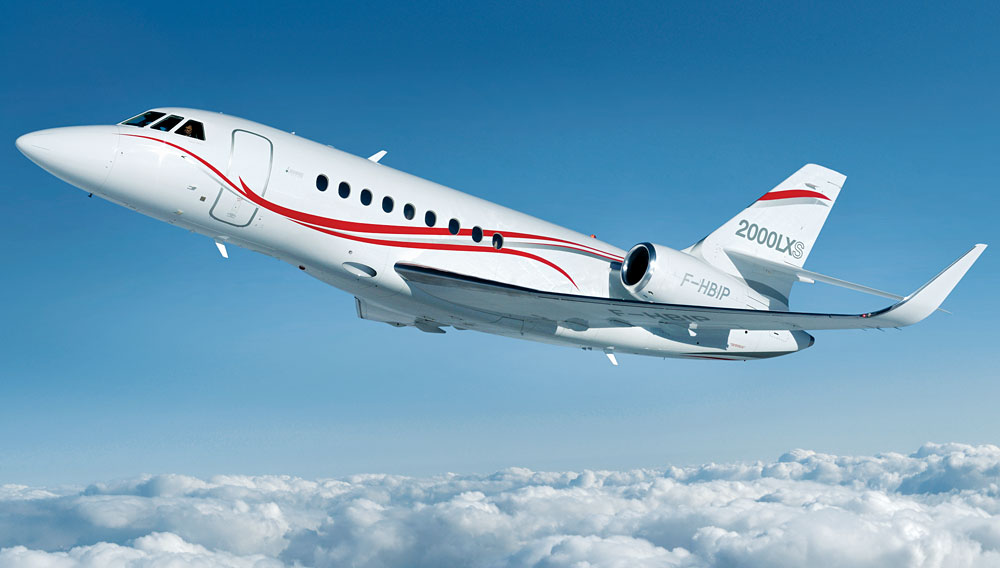 The New Falcon 2000S business jet is more agile than the 2000LX—meaning it can take off from and land on shorter runways—but it cannot cover the same distance. Its range is about 700 miles shorter than that of the 2000LX, a Robb Report Best of the Best selection this year in the super-midsize category. However, with the recently certified 2000LXS, the French manufacturer is offering an aircraft that has the runway performance of the 2000S and the 4,600-mile range of the 2000LX. Priced at $32.9 million, the 2000LXS costs roughly $8 million more than the 2000S, the first of which was delivered in April. Dassault plans to begin delivering the 2000LXS in early 2014, at which time it will cease production of the 2000LX.

Compared to the 2000LX, the 2000LXS requires 400 fewer feet of runway when landing and 1,000 fewer feet when taking off. The new aircraft also has greener engines and a new onboard entertainment system.

Because of its runway-performance capabilities, the 2000LXS will be one of the few large-cabin jets cleared for the steep descent to London City Airport, which is located only 6 miles from central London, and other challenging but conveniently located airports. “Getting in and out of airports such as Hilton Head will be that much more comfortable,” says James Hurley, a vice president of sales at Dassault. “Our customers were asking us to go back to the airplanes we have and provide them with better performance capabilities at the airport.”

Like the 2000S, the 2000LXS has a wing design that incorporates inboard slats, which enable the aircraft to make its final approach at a slower airspeed than the 2000LX can. In addition, the 2000LXS (and the 2000S) are powered by Pratt & Whitney engines equipped with new combustors that, according to Dassault, reduce nitrogen-oxide emissions by 20 percent compared to the engines on the 2000LX.

The Falcon HD+ entertainment system in the cabin of the 2000LXS features high-definition video screens as large as 22 inches. They can be controlled through iPods, iPhones, or iPads. The system allows passengers to share movies and music across their devices and control the window shades, the lighting, and the cabin temperature.Dassault also improved the noise-reduction systems so that the cabin is 2 decibels quieter than the cabin of the 2000LX. The dimensions and capacity of the cabin remain the same. The 2000LXS will be able to seat as many as 10 passengers in an interior that is more than 6 feet tall and nearly 8 feet wide and features 18 oversize windows.