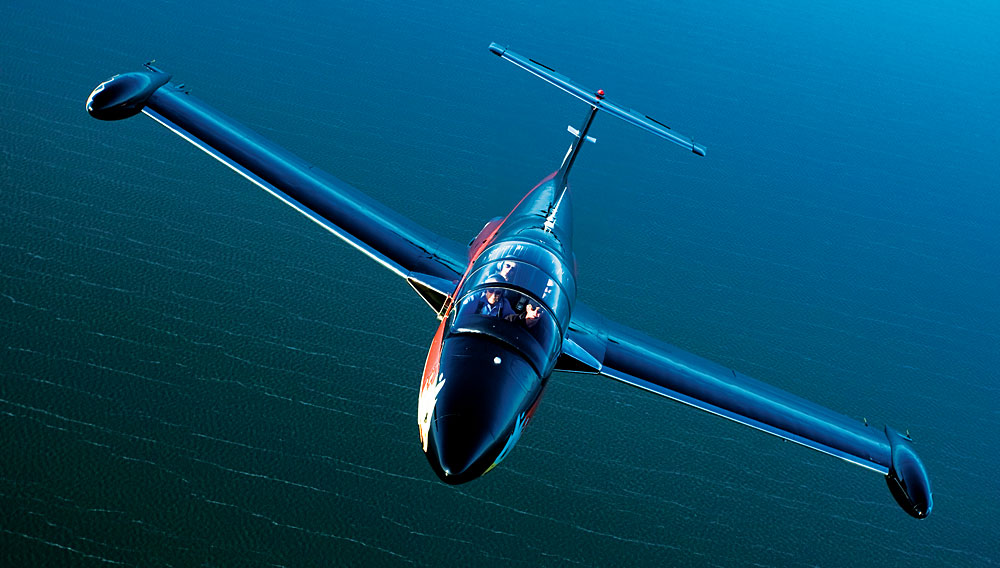 The concept of a personal jet is certainly a seductive one, but the reality has proved less thrilling. For years, aircraft manufacturers have struggled in vain to satisfy the market’s demand for a model that combines the efficiency, power, and reliability of a turbine jet with the easy flying qualities and affordability of a high-end personal piston aircraft. Finally in 2007, Edward Furtak, a Canadian businessman who sought to upgrade from his trusty Mooney single-engine piston plane, discovered a solution to this dilemma—one that, oddly, has existed for more than five decades.

“It’s not a cabin-class airplane, but it gets me everywhere I need to go,” says Furtak of his recent acquisition, a refurbished four-seat twinjet called the Paris Jet. This very light jet—the world’s first—was used in the late 1950s as a military trainer for the French Air Force. The aircraft’s sleek retro lines caught Furtak’s eye, while its range and speed capabilities more than satisfied his requirements. “It’s beautiful,” he says. “I fell in love with it the first time I saw it.”

Furtak was so smitten with his Paris Jet that he became convinced other owner-operators would be as well. Shortly after purchasing the jet, Furtak approached the man who sold it to him, Steve Fox, and suggested they form a partnership to promote—and improve upon—the Paris Jet. The two established a new company, MS760 (the original model name that the French manufacturer, Morane-Saulnier—now Daher-Socata—gave the aircraft), and began buying up all the Paris Jets in operation. At its facility in Calhoun, Ga., MS760 is now giving each Paris Jet in its fleet of approximately 30 a new leather interior, fresh paint, and an updated instrument panel with the latest computerized systems.

The partners bought all the spare engines and parts from the French Air Force and acquired the rights to the design from Daher-Socata, so that they could build new Paris Jets from scratch. They also intend to update the engines to newer, more fuel-efficient fan-jets, which will add power while improving fuel burn. “Once we do that,” says Furtak, “we’ll be able to fly over 400 mph, burning less fuel than we do now, and expand the range from 1,000 miles to about 1,500 miles.”

A standard-equipped Paris Jet sells for $550,000—a price that includes 10 hours of flight training. According to Furtak, the transition to this twin-engine jet is a simple one for owner-operators. “The Paris Jet is actually easier to fly than my Mooney was. It’s perfect for weekend getaways,” he says, adding that flying in his personal jet with his wife and two children is his preferred mode of travel. Because of its ease of use and efficiency, he says, this anachronistic aircraft’s moment has come at last. “The Paris Jet,” he notes, “was about 50 years ahead of its time.”