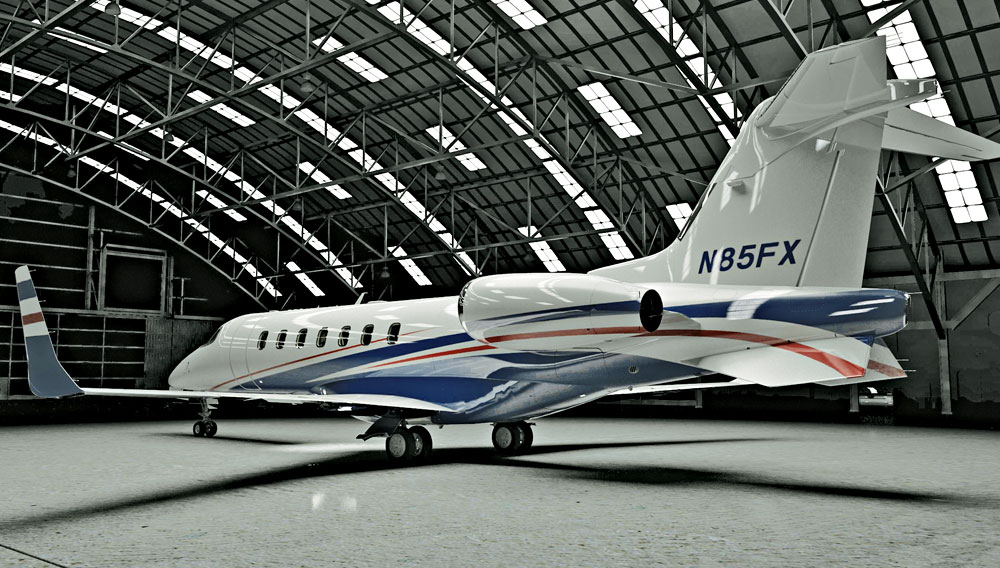 The newest and largest Learjet, the 85, promises to be the fastest and most spacious aircraft in the midsize class, and the quickest way to acquire one—or rather, a part of one—is to purchase a share from fractional provider Flexjet (owned, like the Learjet brand, by Bombardier).

Flexjet is first in line for an 85, scheduled to take delivery during 2013. The company plans to obtain an additional six aircraft during the following two years. Bombardier will not confirm that the plane is scheduled to make its first flight in 2012, nor that the company expects the 85 to receive FAA certification shortly thereafter.

The eight-passenger twin-engine jet, which Bombardier first announced in 2008, will have a fuselage made primarily of carbon composites. The material is lighter than metal and therefore will enhance the aircraft’s speed and fuel efficiency. Bombardier notes that the composite material also provides for a quieter ride than does metal because it does a better job of insulating the cabin from engine noise.

The 85 should indeed please passengers who want to travel fast. According to Bombardier, it will be able to reach its cruise altitude of 41,000 feet in just 18 minutes—from sea level and in ideal conditions. It will have a cruise speed of 541 mph (Mach 0.82) and a range of 3,452 miles (3,000 nautical miles), meaning it will be able to make coast-to-coast commutes (or flights from New York to Dublin), a capability that no other Learjet can claim.

Compared with the 60 XR, the next size down in the Learjet line, the 85 will offer a much larger interior, with an additional 2 inches of headroom in the cabin and more than twice as much baggage space (130 square feet). Also, the cabin’s numerous windows will provide passengers with plenty of natural light.

Bombardier lists the price of the 85 at $20.75 million. Flexjet plans to offer a 1/16 share (50 hours of flight time per year for five years) of the aircraft for $1.14 million. However, Flexjet is temporarily selling the shares at a 5 percent discount, for $1.08 million. The discounted price will last until the shares of the first four aircraft have sold out. Flexjet clients who want to sell aircraft shares they currently own and switch to shares in an 85 can have the early-termination fees waived.

According to Flexjet president Fred Reid, the company sold more than 15 shares in the 85 within the first few weeks of offering them. Reid says sales have been brisk in part because the aircraft’s specs are so attractive at this price and in part because of its name. “There are a host of people out there who are fanatical about the Learjet brand,” he says, adding that plenty of shares are still available. “Operators are standing by, and one of them is named Fred.”