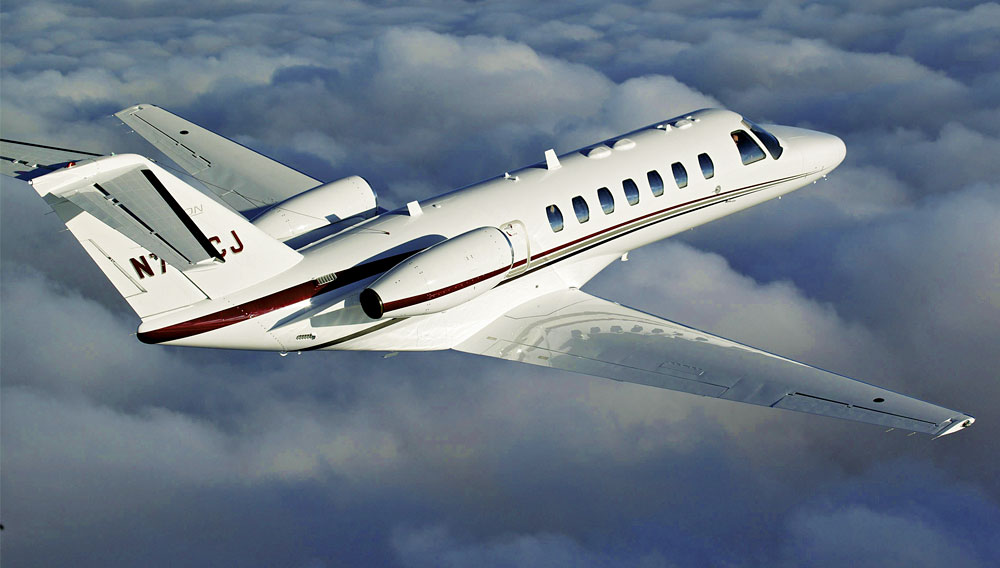 When JetSuite began operating three years ago, it offered economically priced short charter flights in the entry-level, four-passenger Embraer Phenom 100. Its service area was limited to California, Arizona, Nevada, and Colorado. The company, which is based in Irvine, Calif., eventually added flights to Texas, and then this past year it expanded into the Northeast. “We wanted to go where the passengers are,” says CEO Alex Wilcox. Now JetSuite is giving passengers a choice of aircraft by adding the larger, longer-range Cessna Citation CJ3 to its fleet.

When Wilcox and his business partner, Keith Rabin, first floated the idea of a charter-membership company specializing in short trips in entry-level jets, they projected that a portion of their business would come from jet owners traveling alone or with small groups of passengers. This was in 2006, prior to the recession. Prospective investors were skeptical. They wanted to know what kind of jet owners would choose to fly in a compact four-seater when they could travel amid luxury amenities and empty seats in their own larger aircraft. “Turns out, the answer is all of them,” says Wilcox. “It’s the right model for the times.”

The Phenom 100 is the most fuel-efficient jet in its class, burning only 90 gallons of fuel per hour of flight. This efficiency has allowed JetSuite to largely control the greatest variable cost in private aviation and thereby offer one-way flights from Van Nuys, Calif., to Las Vegas, for example, for as low as $2,280. During the company’s first year of operation, its revenue grew at a rate of 10 percent per month. From 2010 to 2011, JetSuite’s number of flights increased by 50 percent. Business was good enough for the company to expand operations to the Northeast last summer, offering service to airports in such metropolitan areas as New York City, Boston, Toronto, and Washington, D.C.

Although Wilcox initially envisioned JetSuite as a kind of air-taxi service for business people traveling alone or in pairs, he notes that most bookings come from families and fill all four seats on the Phenom 100s. “The number one request we get from customers is for a larger aircraft. Most families have more than four people in them, and they want more seating,” he says. To accommodate that request, JetSuite optioned 15 Cessna Citation CJ3 jets this past fall. It was scheduled to take delivery of the first one in time for the week of Thanksgiving, one of the busiest periods of the year for charter services. The CJ3 seats six passengers and has a range of approximately 2,000 miles, which is about twice that of the Phenom 100.