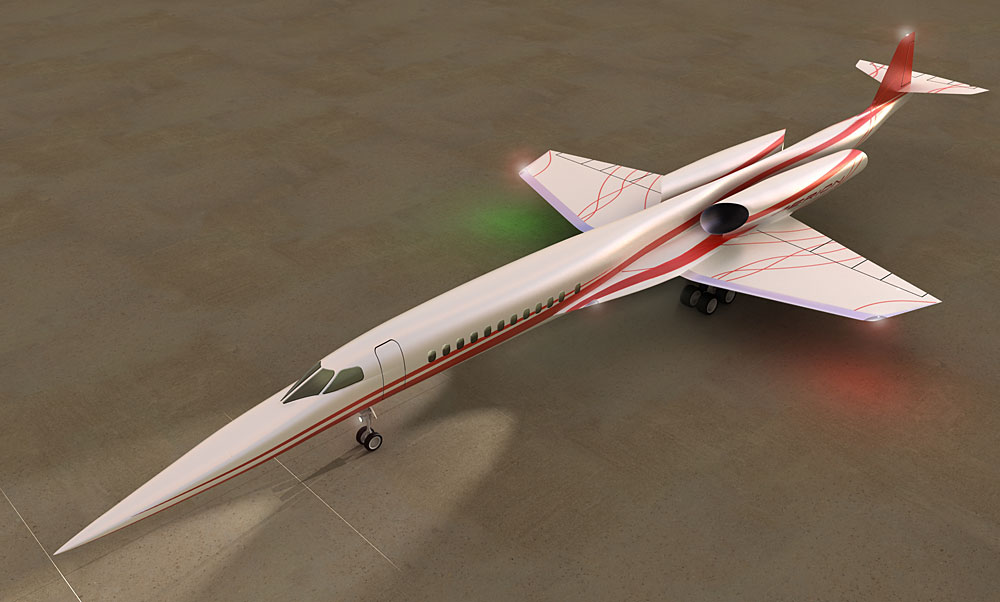 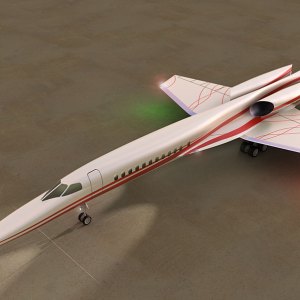 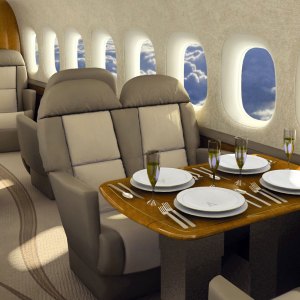 Would anyone pay $80 million for a private jet that can reach 1,220 mph but is prohibited by government regulators from flying even close to that speed while over land? That question has dogged Aerion Corp. of Reno, Nev., since 2002, when, with backing from Texas billionaire Robert Bass, the company began its endeavor to build a supersonic plane. The answer now appears to be, “Hell, yes.”

The top speeds of the fastest jets have increased little since the 1950s, when the Boeing 707 achieved 0.8 Mach (about 610 mph). Manufacturers could build planes that are considerably faster, but when they reached Mach 1, the speed of sound (760 mph), those aircraft would produce a sonic boom. The U.S. government, mindful that the noise might disturb people on the ground, forbids jets from reaching sonic-boom speeds while flying over the United States. Consequently, aircraft manufacturers have proved less than eager to develop supersonic craft.

One company, Supersonic Aerospace International of Las Vegas, Nev., hopes to build a boomless jet called the Quiet Supersonic Transport, and Gulfstream is testing a device called the Quiet Spike, which, when deployed from a jet’s nose, would mitigate a sonic boom by puncturing the plane’s shock wave. But Aerion has proceeded with the design of a 148-foot-long, 8- to 12-passenger craft that will have a range of more than 4,600 miles and will, indeed, boom. And as of January, the company had received about 20 letters of intent—each accompanied by a $250,000 refundable deposit—to purchase the jet, even though it had not yet identified a manufacturer. Aerion estimates that once a builder signs on, it will take about six years to develop the plane, secure FAA certification, and begin production.

“You have to understand,” says Aerion chief technology officer Richard Tracy, “trips on this plane will be incredibly fast even if you can’t always fly her at maximum speed. Over every other country but the United States, you can fly at about Mach 1.15 [875 mph] once you’ve reached 35,000 feet, because a plane can fly slightly faster than Mach 1 in cold temperatures and still not produce a boom on the ground. It’s a law of physics. And then, once you reach the water or certain remote areas, such as Siberia or northern Canada, you can open her up to Mach 1.6.”

Aerion vice chairman Brian Barents calculates that his company’s jet, by combining 0.99 Mach, Mach 1.15, and Mach 1.6 where those speeds are allowed, could fly from New York to Paris in 4 hours and 15 minutes, shaving about three hours off a typical flight time. And it could fly from the U.S. East Coast to Tokyo in about 9.5 hours, compared to about 14.5 hours in a Bombardier Global Express flying at 0.85 Mach (645 mph).

Barents says that Aerion expects to build 300 jets over a 10-year period. “Economies are globalizing rapidly,” he observes. “People fly halfway around the world all the time now. It seems there must be 300 people who would like to save five hours in a flight from New York to Beijing.”

Barents also acknowledges that a decision to purchase a supersonic jet has an emotional component. In the end, buying an Aerion would be much like acquiring a 200 mph supercar, a vehicle that is valued as much for its performance potential as for its practicality.