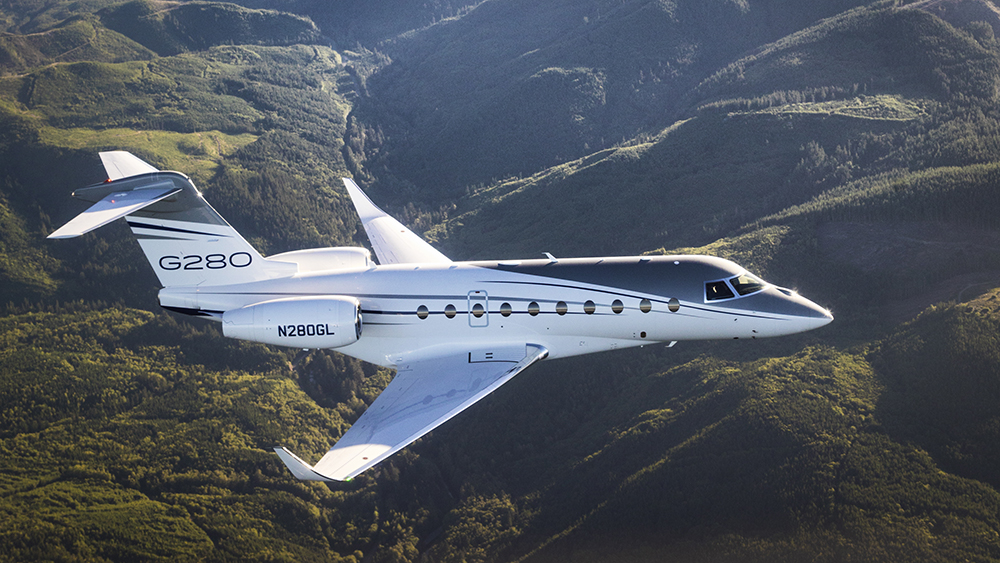 City waste and cooking oil just might power your next private flight. Each year, the business aviation community meets in Geneva for the European Business Aviation Convention & Exhibition, and 2019 was no different—with one exception. Gulfstream flew in its fleet using sustainable alternative jet fuel (SAJF).

But Gulfstream was not the only manufacturer. The stunt was part of “an industry-wide, sustainable alternative-fueled fly-in, with a record total of 23 aircraft participating,” says David Coleal, president of Bombardier Aviation and chairman of the General Aviation Manufacturers Association (GAMA) Environment Committee. Other OEM members of the industry Coalition on Sustainable Alternative Fuel that participated in the fly-in included Bombardier, Cirrus, Daher, Dassault, Diamond, Embraer, Piaggio and Textron (Cessna).

As part of this larger-scale initiative to green up aviation, Gulfstream made SAJF available to customers earlier this year and is trying to raise its profile, says Mark Burns, Gulfstream’s president.

The SAJF label refers to non-petroleum-based jet fuels—produced to reduce carbon-dioxide emissions—that can be used without requiring changes to the plane. The fuel must meet technical and certification standards for turbine-powered aircraft engines.

“[SAJF] comes from sustainable inputs including industrial waste, cooking oil and even CO2 emissions,” says Coleal. “The 20,000 business aircraft in service globally can safely fly on SAJF today—and make a positive, measurable difference the moment they take off.”

For fuel blends to be approved, industry leaders have enacted a rigorous process and work with global fuel-specification bodies, such as ASTM International, to certify the products.

Gulfstream has used SAJF since 2016 at its headquarters and has flown more than 920,000 miles on it, saving 870 metric tons of carbon dioxide. Recently, the company flew its G280 aircraft into LA on renewable fuel, proving how well it works by breaking a city-pair record on the way. The jet joined business-aviation leaders at the Van Nuys Airport for an event called Business Jets Fuel Green: A Step Toward Sustainability, which included SAJF-propelled demo flights by Bombardier’s Challenger 350 and Embraer’s Legacy 500, and the airport became the first general-aviation field in the US to offer SAJF on a trial basis.

All of this was in support of business aviation’s goal of carbon-neutral growth starting in 2020 and a 50 percent reduction in carbon emissions by 2050. But doing the right thing often comes at a price. SAJF is currently more expensive than its petroleum-based cousin.