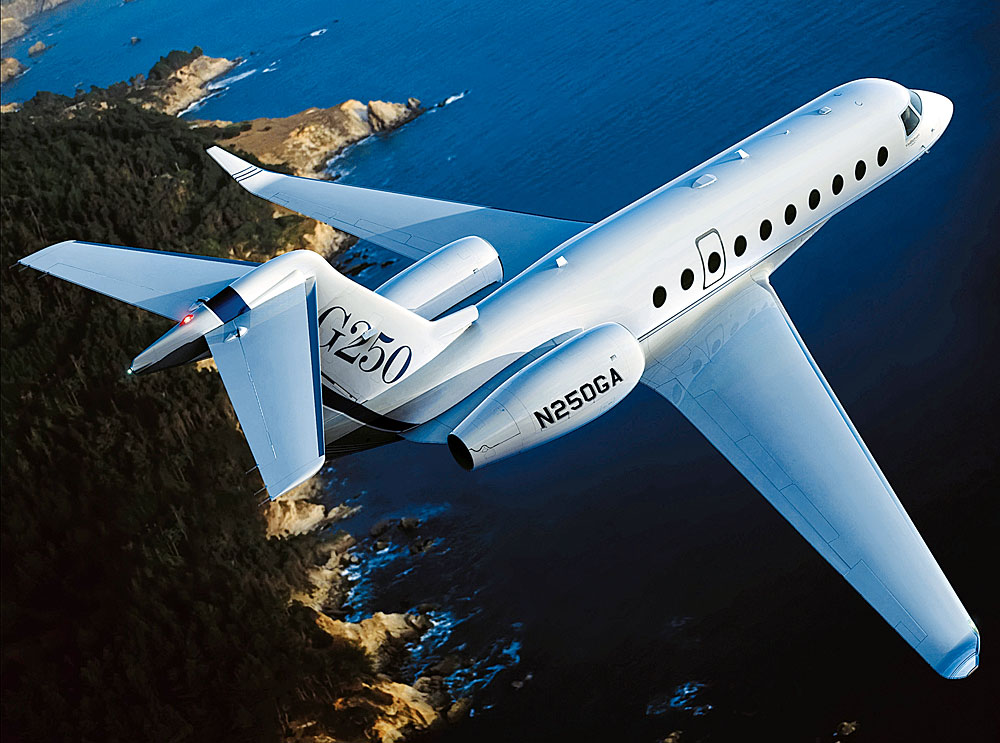 Although the wings of an airplane may seem purely utilitarian, like the tires on a car, they are, in fact, marvels of engineering and design. Even small tweaks can produce significant changes in aircraft performance.

For Gulfstream, an all-new transonic wing helps change the G200, with its lackluster runway performance, into the promising new super-midsize G250. The area of the wing has been expanded by more than a third, which provides extra lift for taking off from short runways and allows the plane to fly extra-slow on final approach for a shorter landing. The swept-back planform improves the aircraft’s long-range cruise speed. A wider span and a blended-winglet design improve fuel economy so the G250 can fly farther.

Add to that extra performance a cockpit full of the latest technological gear, with optional heads-up displays and enhanced vision systems that turn night into day, and the result is a fresh addition to the Gulfstream lineup. “All of these enhanced safety features and capabilities are being borrowed from our large-cabin fleet to set a new standard for the super-midsize fleet,” says Scott Evans, Gulfstream’s chief pilot for advanced programs of mid-cabin aircraft. “This is going to be an airplane that pilots look forward to flying.”

Gulfstream offers a full spectrum of business jets. The $24 million G250, which debuted last October, fits somewhere in the middle of that pack, in the comfortable super-midsize category. According to Richard Aboulafia, a vice president and aviation analyst with the Teal Group in Fairfax, Va., this aircraft represents the evolution of the G200, Gulfstream’s first offering in that category. He says that although the G200 fleet now numbers more than 200, this model was not a huge success in the market. However, the new model may change that. “The G250 looks like a very good way to catch up,” Aboulafia says.

Robert Baugniet, Gulfstream’s director of corporate communications, says that the new design grew from input from the company’s 75-member customer advisory board, which meets twice a year in Savannah, Ga., to review Gulfstream’s products. “We said, ‘Here’s our existing product, the G200. What would you like to change?’ ” That process helped the design team focus on the upgrades that are most important to buyers. “The customers wanted more space in the cabin, so we moved the fuel tanks from the back of the fuselage to underneath,” Baugniet says. They also wanted enhanced performance, so Gulfstream created the transonic wing, which is optimized for high cruise speed and quicker takeoff. Powerful new fuel-efficient engines by Honeywell drive the jet to 41,000 feet within 20 minutes.

The G250 will fly roughly 3,900 miles nonstop at speeds close to 530 mph. Its first flight is scheduled for the second half of this year, and the company expects to begin deliveries in 2011.