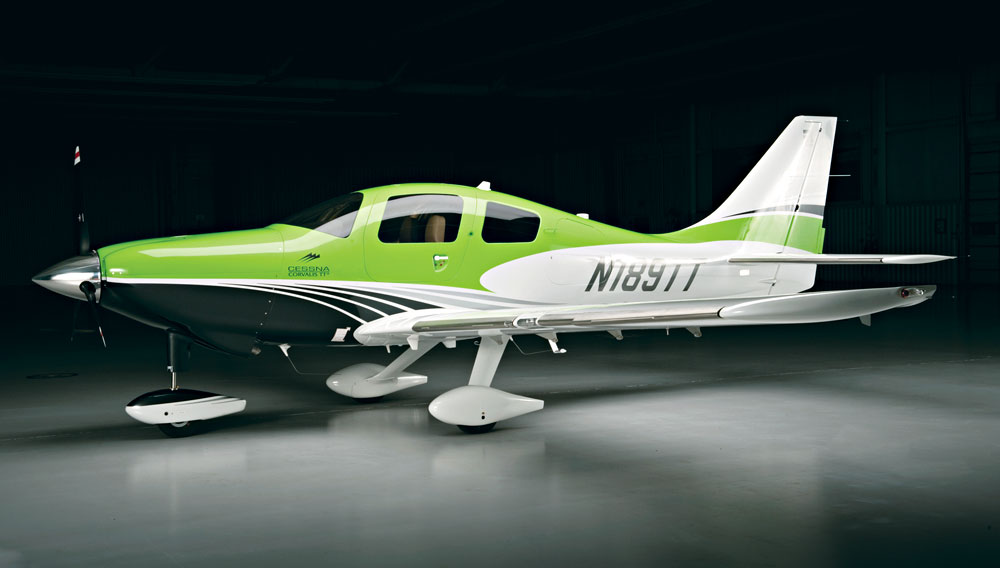 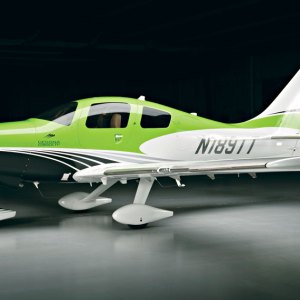 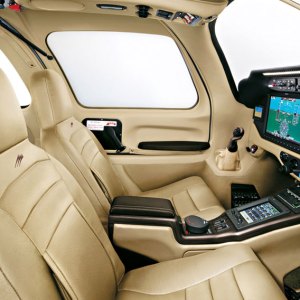 While retaining its title as the world’s fastest fixed-gear single-engine piston aircraft, the Corvalis TT—formerly the Cessna 400 and before that the Columbia 400—has gained another new name: the Corvalis TTX. The X denotes an upgrade that includes a touchscreen-controlled avionics system, business-jet-quality interior appointments, and new exterior paint schemes for the $734,000 aircraft, which Cessna expects to begin delivering around the middle of next year.

The cockpit’s eye-catching instrument panel is based on the Garmin G2000 avionics suite, which is similar to the one that will be installed in Cessna’s forthcoming Citation Ten long-range business jet. The system is all glass—no analog instrument backups—which is a first for a Cessna piston plane. It features two 14-inch high-resolution screens and an infrared touchpad located on the center panel. The touchpad responds to pilot input even when he or she is wearing gloves. The console also includes one of the most requested amenities for airplane cockpits: a pair of cup holders.

Cessna appointed the interior with the same premium-grade leather and textiles that it uses for its Citation jets, and it offers them in black, ivory, cream, or blue-gray color schemes. To complement the flowing lines of the TTX’s lightweight, all-composite fuselage, Cessna offers two exterior designs in which all of the elements are painted on the aircraft—no decals.

Responding to customer input, the company reengineered the plane’s two backseats so owners can easily remove them to create extra cargo space. The company also extended the engine’s warranty from one year to five years.

Powered by a slightly altered version of the 310 hp Teledyne Continental TSIO-550-C engine found in the TT, the TTX retains a category-topping maximum cruise speed of 270 mph and a range of about 1,400 miles. It has an operating ceiling of 25,000 feet, which gives pilots ample opportunity to avoid bad weather, and an electronic stability system designed to prevent loss-of-control accidents is now a standard feature. The cabin is unpressurized, but the oximeter on the instrument panel measures and displays the pilot’s blood-oxygen levels.

The TTX evolved from the Columbia 400, which was introduced in 2004. When Columbia Aircraft went bankrupt in 2007, Cessna acquired some of the company’s assets, including the 400. With its all-composite fuselage and side-stick control, the 400 represented a departure for Cessna, which had produced an all-metal line of piston aircraft that were equipped with a traditional yoke.

Cessna originally sold the aircraft as the Cessna 400 and then in 2009 changed the name to the Corvalis TT, which references the Oregon city of Corvallis (about 100 miles west of the plant where the plane used to be built) and the aircraft’s twin-turbo engine. Cessna delivered 110 400s/Corvalis TTs in 2008, but last year sold fewer than 10. Initially at least, the upgrade boosted demand for the aircraft: Cessna unveiled the TTX at the start of the Sun ’n Fun air show in Florida in March, and by the end of the weeklong event, the company had received 16 orders for the plane.