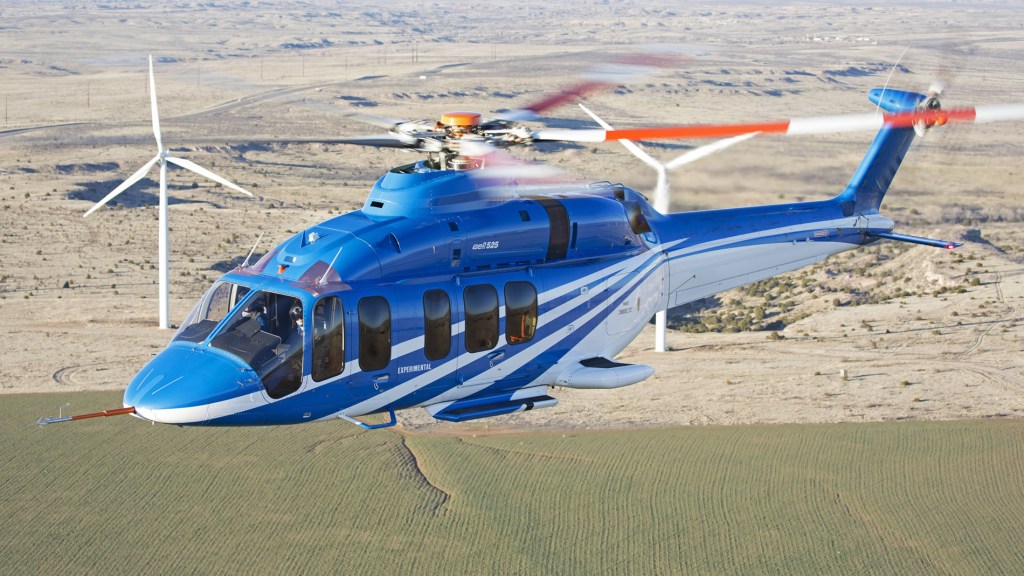 The 525 Relentless helicopter by Bell has resumed test flights, after a fatal crash grounded the aircraft last year, the company has announced. Aviation officials at the National Transportation Safety Board have not yet completed their investigation of the accident, which killed the two test pilots on board. Bell Helicopter CEO Mitch Snyder, however, says he’s confident that it’s safe to resume flight testing. His goal is to complete the certification process and start customer deliveries of the 525 by the end of next year, he said.

In the first test flight, on July 7, the aircraft flew for two hours and the crew completed all of their planned testing without any issues, company spokesman Blakeley Thress told Robb Report. The pilots, Troy Caudill and Pat Lindauer, said they flew the test regime with “no surprises” and everything functioned as designed. “The aircraft flies better than the simulator,” the crew said. “It felt really good to be back in the air.”

The 525 will be the first commercial helicopter with a fly-by-wire system, which relies fully on computers to control the aircraft, instead of traditional mechanical linkages, such as pushrods and levers. With space for up to 20 passengers in an 88-square-foot cabin, it’s also the biggest helicopter ever built by Bell. The aircraft also features the first fully integrated touchscreen avionics suite designed especially for helicopters, the Garmin G5000H. The system, according to Garmin, minimizes visual clutter and improves situational awareness for the flight crew.

MAG Design Studio, part of Mecaer Aviation Group, has created a custom MAGnificient interior for the aircraft, which provides clients with a range of customization options. The goal is to create the atmosphere of an “enhanced lounge” with plentiful in-flight entertainment options and modular layouts that provide customization and flexibility. The 525 can cruise at speeds up to 185 mph and cover up to 645 miles. Bell hasn’t yet released a price for the aircraft.