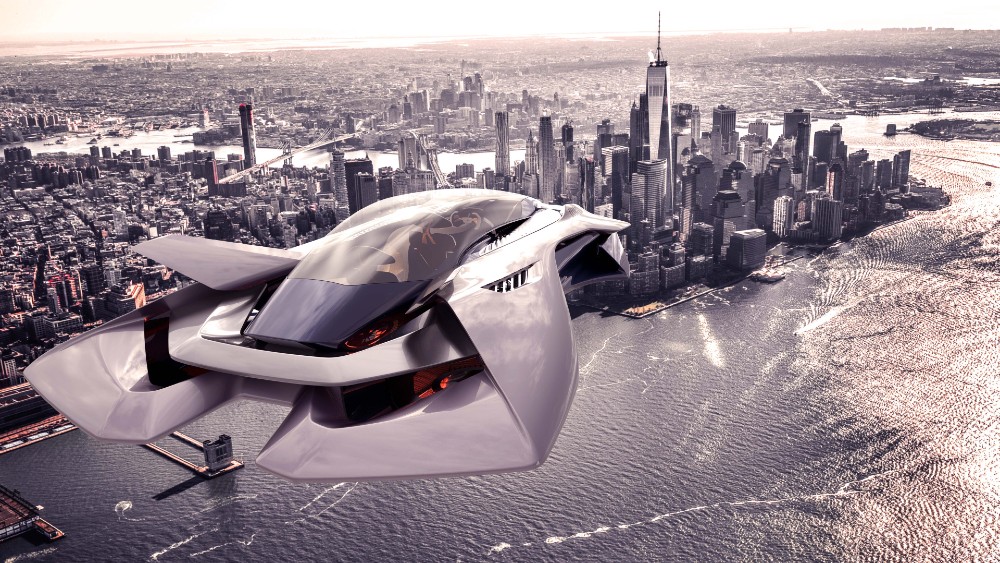 If the race to develop the ultimate eVTOL were decided strictly by looks, the Bellwether Volar would be the clear winner. The early renderings show a vehicle that looks like something James Bond would pilot, an F1 car mixed with a fighter jet that would be well suited for pulling up in front of the casino in Monaco or outrunning a horde of global terrorists.

While many of the technical details remain secret, Bellwether is now conducting multiple test flights of a half-scale demonstrator model. A spokesperson told Robb Report it plans to release a video of that prototype in flight later this month, which should answer as least some questions about operation and propulsion.

The Volar will pioneer a “new category of private urban aircraft for intra-city travel, which has a hidden propulsion system, a very compact profile, a lifting body” and a safe way to travel into and around a city, Bellwether said in a release.

The one-seat version looks like a cross between an F1 race car and fighter jet. Eventually, the company plans to have a four- or five-seat model.  Bellwether

The Volar’s projected performance, if it comes to pass, will match the sleek looks. The demonstrator is a two-seater, but the final design will be a four- or five-seater that will lift 1,320 pounds and cruise at 3,000 feet and 135 mph, according to Kai-Tse Lin, Bellwether’s chief of operations and co-founder. Lin projected a range of 135 to 200 miles and said the goal was a battery-driven system, but implied that Volar could start out as a hybrid.

“We’re open to all kinds of power sources, but the vehicle control and basic systems will still be electric,” Lin told evtol.com. Such fly-by-wire design should make the Volar simpler to fly and maintain.

The company plans to bring a new iteration of the Volar out in 2022 and is targeting 2028 for a market date. While the price will start in the seven figures, the hope is that as production increases and becomes more efficient, that the cost will be comparable to car ownership.

The company foresees its Volar attached to luxury apartment buildings and superyachts.  Bellwether

That’s a worthy goal, but even in the best-case scenario, it would be a very expensive car. Perhaps like something James bond would drive.