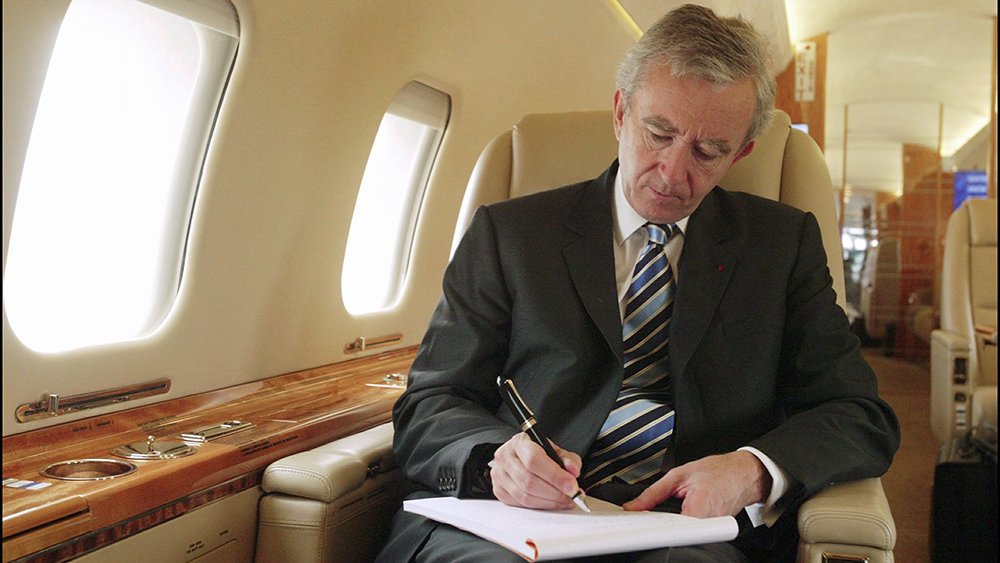 Bernard Arnault has found a way to fly under the radar.

The CEO of luxury titan LVMH, who has been criticized on Twitter for his consistent use of private jets, has started renting planes to prevent the Twitterverse from tracking his flights. Accounts such as I Fly Bernard and Bernard’s Airplane have been monitoring the billionaire’s private jet journeys to draw attention to the resulting pollution, as reported by Bloomberg.

Arnault, who is currently the world’s second-richest individual with a net worth of $137 billion, told Radio Classique on Monday that the LVMH group had a plane, and sold it. “The result now is that no one can see where I go because I rent planes when I use private planes,” Arnault explained to the LVMH-owned radio station.

The billionaire’s son, Antoine Arnault, who is an LVMH board member and the director of communications for Louis Vuitton, added that the Tweets reporting where the jet is could also be bad for business. “It’s not very good that our competitors can know where we are at any moment,” he said during the interview. “That can give ideas, it can also give leads, clues.”

It’s not just Arnault catching flak, either. Back in September, I Fly Bernard called out Kering’s CEO François-Henri Pinault for flying from Venice to Paris and back in one day. The account also pointed out that private planes flying the wealthy around France emitted 224 tons of carbon into the atmosphere in September alone. The environmental impact has not gone unnoticed by French lawmakers. In fact, some of the country’s politicians are advocating taxing the rich for using private jets.

Stateside, Elon Musk is facing similar online wrath. The Tesla CEO, who is now the world’s richest individual with a fortune of $208 billion, recently sparked controversy when an account called ElonJet reported that he flew just nine minutes from San Jose to San Francisco in his private Gulfstream. Musk has called the account “a security risk” and asked the young man who runs it to delete it.