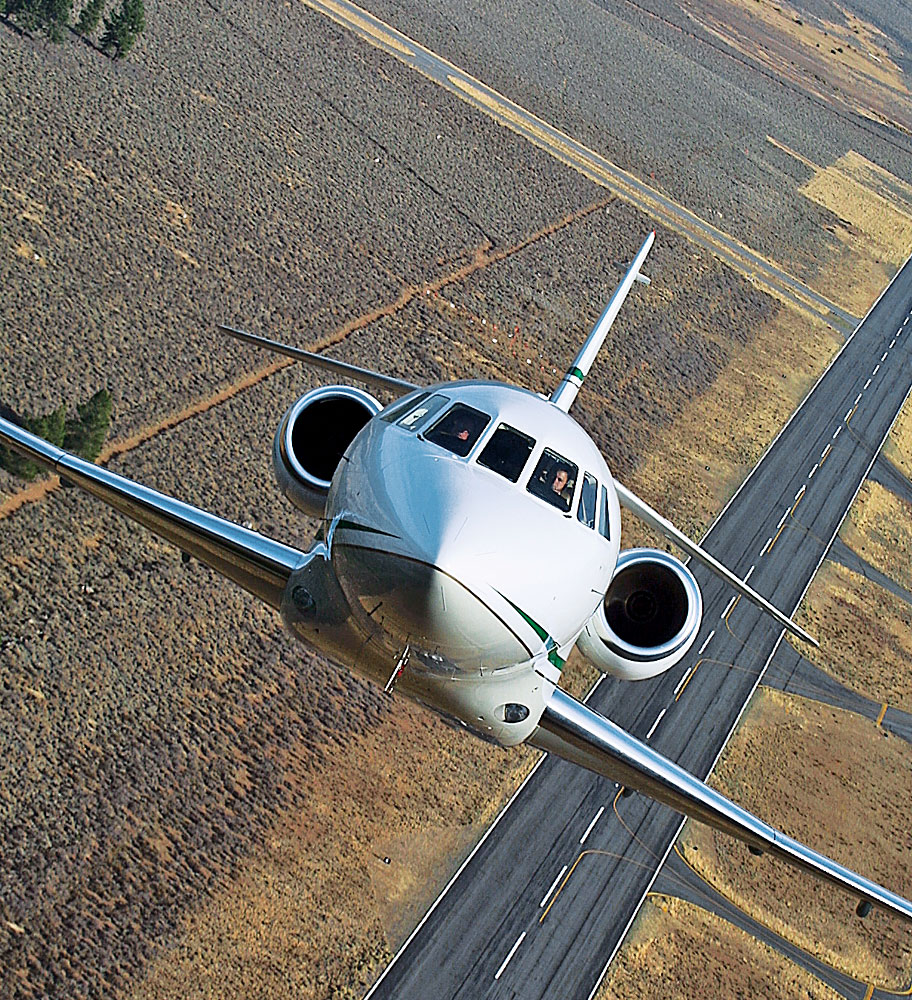 The XLS jet, Cessna’s best-selling model, has received an impressive update. The company is offering the Cessna Citation XLS+ (316.517.6056, www.cessna.com) for about $12 million, an excellent price for a midsize jet. The upgrades include an advanced avionics system and digital engine control, both of which help reduce the pilot’s workload, especially during takeoffs and landings. The nine-passenger XLS+ will cover more than 2,100 miles, reach 506 mph, and land on runways as short as 3,180 feet. In the restyled cabin, the deep-cushioned seats are two inches wider than those on the XLS, and they easily recline, swivel, and track to provide a range of seating options. And for extra appeal on the tarmac, the fuselage has been given a more streamlined profile.

Even wealthy jet shoppers may be swayed by low operating costs, especially as oil prices soar. Consider, therefore, the 19-passenger Dassault Falcon 2000DX (201.440.6700, www.dassaultfalcon.com), which combines the comfort and range of a big jet with the short-runway ability and fuel efficiency of a small one. Dassault estimates that the jet’s operating costs are 5 percent less than those of the Falcon 2000, which it replaces. The craft also can land with its fuel tanks nearly full, giving you more flexibility in trip planning. For example, you can leave New York, pick up passengers in Boston, then continue on to San Francisco without adding fuel. The $27.5 million 2000DX, powered by two Pratt & Whitney Canada PW308C engines, has a range of 3,740 miles—enough to span the United States—and reaches a speed of 528 mph. The EASy flight deck features an intuitive interface that makes flying this jet fairly, well, easy.

When Hawker Beechcraft debuted the eight-passenger Hawker 750 (316.?676.5034, www.hawkerbeechcraft.com), it aimed to attract customers who were looking for a jet between the light and midsize categories—and it has hit the mark. The aircraft, which the FAA certified in February, is sold out through 2010. The 750 delivers both high performance and extraordinary comfort for a competitive price of about $12 million. It is built with the same fuselage and wing used in the popular Hawker 800 series, but its weight has been trimmed, allowing the jet to achieve 536 mph and cover 2,500 miles nonstop. The roomy cabin, with its onboard satellite communications, provides an excellent work space for business travel.