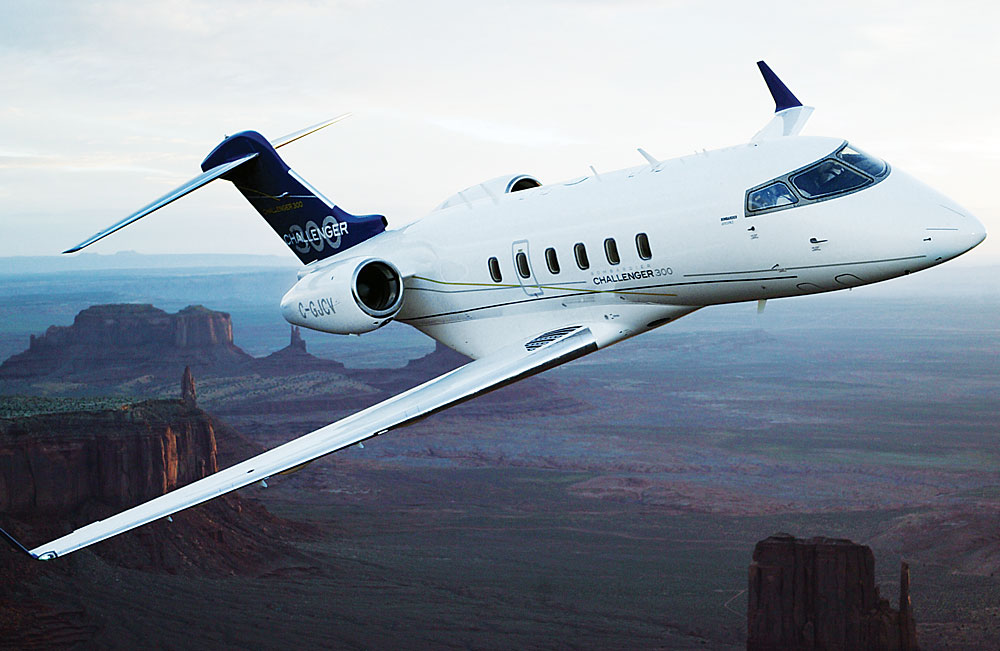 FFor two years now, many of the aviation consultants who assist Robb Report (see page 369) have reported that the fast-growing fractional operator Bombardier Flexjet provides perhaps the best, most consistent service in the business. According to Flexjet president Michael McQuay, the company has no secret recipe for this success: “It’s a matter of picking up one marble at a time and putting it in the bag.”

Flexjet, headquartered near Dallas, Texas, is the fractional arm of Canada-based Bombardier Aerospace, the third-largest builder of civil aircraft in the world, after Boeing and Airbus. It offers shares in five Bombardier business jets: the Learjet 40XR, 45XR, and brand-new 60XR; the midsize Challenger 300; and the long-range, wide-body Challenger 605. McQuay reports that Flexjet, which was established in 1995, has a fleet of about 100 aircraft (12 percent more than a year ago) and more than 700 owners (compared to about 600 in early 2007). He attributes the growth partly to the operator’s “sexy, energetic aircraft,” which have an average age of only 3.5 years.

Then there is the service. Flexjet commits to readying a jet for an owner within six hours. And in a business where fractional operators frequently find themselves forced to outsource flights to charter brokers, Flexjet guarantees that clients will fly on company-owned jets at least 95 percent of the time. (McQuay reports that the company achieved 96.4 percent in 2007.) In addition, Flexjet does not charge ferry fees—the fees that fractional operators often impose for moving aircraft to a departure point or back to base—for flights departing and landing in the United States (including Hawaii), Canada, Central America, the Caribbean, the Bahamas, or Bermuda.

Flexjet offers ownership shares ranging from one-sixteenth (corresponding to 50 hours of flight time per year) to one-half (400 hours). Base prices range from $560,000 for a one-sixteenth share of a Learjet 40XR to about $13.7 million for a one-half share of a Challenger 605. Clients also can purchase an aircraft outright, and Flexjet will manage it for them. Shares can cover a single aircraft or multiple ones, and the company will arrange for upgrades or downgrades to other aircraft in the fleet if requested. For fractional owners who are unsure whether they will use all the hours available to them in a single year, the company has a Versatility Plus program that allows them to sell unused hours to other Flexjet clients.

Flexjet also maintains a flight-card program that gives access to business jets in increments of 25, 30, or 35 hours per year. In this program, called Flexjet 25, the available fleet comprises the same aircraft as the Flexjet fractional fleet, except that the 12-passenger Challenger 605 is replaced by the nine-passenger Challenger 604. To ease the strain on the fleet during busy periods such as Christmas and Thanksgiving vacations, Flexjet 25 offers discounts to card owners if they commit to flying on fewer peak days. Members can choose card service at one of four levels: 365, 355, 325, or 275 days per year, with discounts increasing as the number of days decreases. Prices range from about $120,000 for 25 hours on a Learjet 40XR (in the 275-day program) to about $434,000 for 35 hours on a Challenger 604 (in the 365-day program).

Separately from Flexjet, Bombardier Aerospace operates Skyjet, a charter service that charges hourly rates and fees like any other charter broker. Skyjet also has a flight-card program in which clients pay a $100,000 deposit up front in exchange for guaranteed rates and availability of aircraft. The cost of all flight services is deducted from the deposit, and any remainder is fully refundable. Skyjet provides round trips at discounted prices because it does not need to reposition the jets in such instances. Members who want to be assured that the jet they fly in is 10 years old or less can join an Elite Program that charges slightly higher prices. At the low end, a round trip on a six-passenger Learjet 31A costs about $3,000 per hour, while at the high end, a one-way trip on a Challenger 604 under Elite Program prices costs about $10,000 per hour.

McQuay reports that the Flexjet 25 and Skyjet card programs are growing remarkably fast. “We have about 200 Skyjet cardholders, three times the number a year ago,” he says. “And Flexjet 25, which was only introduced last summer, already has 210.”