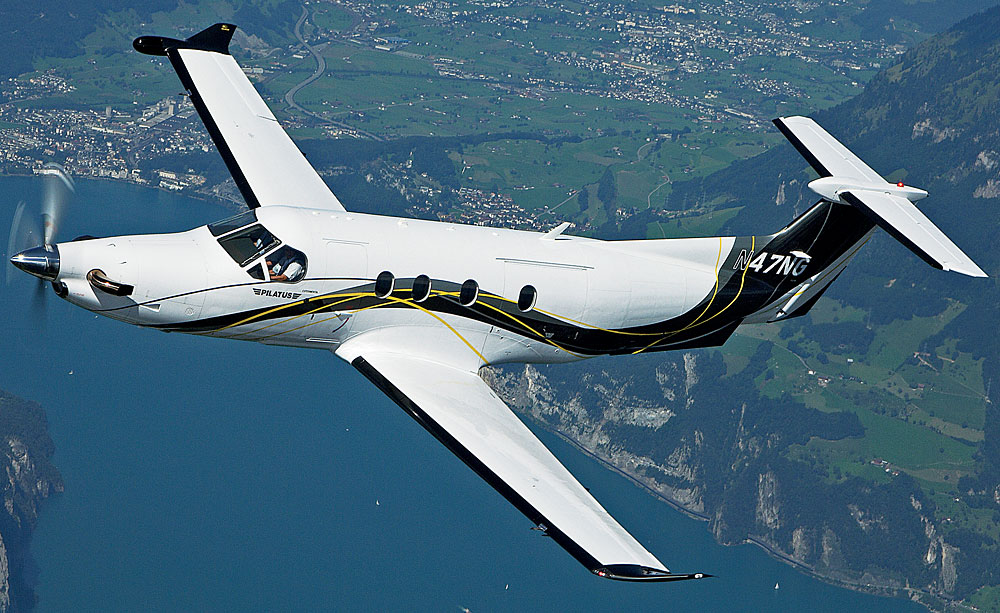 The Swiss-made Pilatus PC-12 turboprop is made to tackle hard work in the world’s more remote places. Since its first delivery in 1994, the aircraft has proved its ability to operate reliably, carry heavy loads, and take off and land on short, rough runways. Australia’s Royal Flying Doctor Service uses the plane to provide emergency health care in the Outback, and the U.S. Air Force keeps a fleet of PC-12s to support special-operations forces.

These qualities have not escaped the notice of civilian users. For the last five years, the PC-12 has been the top seller among single- and twin-engine turboprops. Many of the buyers are owner-pilots. The PC-12’s spacious cabin can carry six people in comfort in its executive layout and can be configured for as many as nine. In addition, you can remove seats to make way for skis or mountain bikes, or clear the entire cabin for serious cargo. The big aft cargo door can accept just about anything you need to transport, whether it is a motorcycle, a bathtub, or your kid’s college essentials. The aircraft can fly more than 1,800 miles without refueling.

The new PC-12 Next Generation, which began reaching customers this spring, promises to keep Pilatus at the top of the field. As of March, the $3.86 million turboprop was sold out through the end of 2009. A new all-glass cockpit with three standard monitors and an optional fourth one replaces the last generation’s dials and gauges. In addition, the new Honeywell Primus Apex avionics system allows you to monitor and control variables such as engine status, pressurization, and environmental settings. The system also manages air-traffic updates, weather data, navigation charts, and trip-planning functions. The panel is bright and uncluttered, easing the pilot’s workload and reducing fatigue.

To improve both aesthetics and ergonomics in the cockpit, BMW Group DesignworksUSA has restyled the plane’s control yokes, side panels, overhead panel, and map lights, among other elements. The new Pratt & Whitney Canada PT6A-67P engine boosts the aircraft’s top cruise speed by about 12 mph to 322 mph.