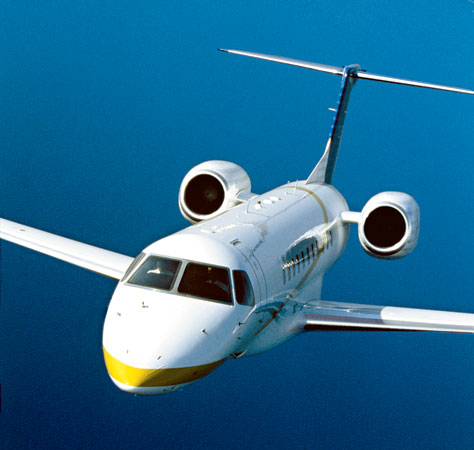 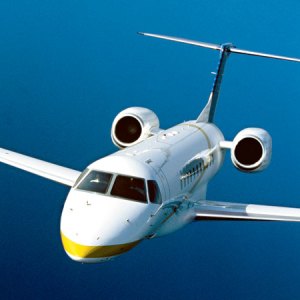 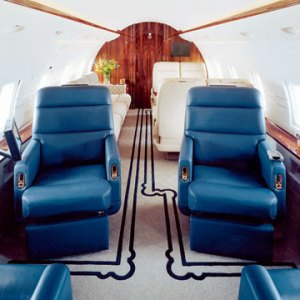 Sentient Jet has designed its Private Jet Membership program so that it offers clients the simplicity and choice of chartering with the service and reliability of fractional or outright ownership. Membership takes the form of a debit account and is available in two basic levels: Silver, for $100,000, and Gold, priced at $250,000. In both cases, you pay no other up-front costs and are given no time limit for using the travel that you have purchased. Perhaps best of all, if your travel needs change, any remaining balances are fully refundable.

A nationwide fleet of jets participates in Sentient’s program, which eliminates most positioning fees that a traditional charter operator might charge. Also, because Sentient’s pricing is set in advance, with fixed hourly rates that are based on the aircraft selected, you know what your next flight will cost. For example, for a Select group plan, which includes pre-owned aircraft, Sentient would deduct from your account approximately $2,250 for each round-trip hour aboard a Learjet 31 or comparable aircraft. When flying a heavy Challenger 604 on a one-way flight in a Preferred-level plan that is brand-new, the tab would run approximately $10,000 per hour. Sentient’s client management consultants will help you decide which aircraft is the best fit for your planned flight, and choices range from a Citation, Learjet, or Beechjet at the light-jet extreme to the Challenger, Falcon 900, or Gulfstream IV-SP at the heavy-jet end of the spectrum.

Not content to rest on its laurels as a premier charter broker, the company recently began branching out. In April, Sentient announced it had acquired Atlantic Aviation Flight Services, a 75-year-old aircraft management and charter operator with an operations base at Teterboro, N.J., airport, and facilities in seven other states. The deal will add 13 more popular aircraft to Sentient’s network, enhancing its ability to meet the growing demand for its transportation services.

In late April, Sentient Jet announced its new alliance with London-based Air Partner—a public company with a 40-year track record in the private jet business—which will enable Sentient to expand its fleet and its service overseas. With the new partnership, Sentient Jet will be able to provide what CEO Steve Hankin calls “seamless, intra-Europe travel with the world’s broadest private travel program.” Hankin says that the alliance with Air Partner and the accompanying access to a wide range of jets based throughout the world, including a Boeing 747, means Sentient is now “quite capable of providing the same level of customer confidence to traveling around the world” as it has for those traveling throughout the United States.

In addition to customer convenience, Sentient stresses safety: The aircraft in its network always are operated under the more-stringent FAA rules regulating on-demand charters; those flown by many fractional services are not. The charter rules allow less leeway concerning safety issues—such as weather conditions and runway lengths—and security. The FAA also requires pilots flying aircraft offered by Sentient Jet to have more experience than a crew flying for a fractional operator. To evaluate the aircraft and pilots in its network, the company employs the services of Aviation Research Group U.S. (ARG/US) and Wyvern Consulting Ltd., two leading authorities on private aviation safety. And Sentient has formed its own internal safety panel—the Sentient Jet Safety Committee—whose members include former FAA head Jane Garvey.

Chartering an airplane can be an impersonal experience, according to SkyBridge Private Air’s Michael Napoliello, the company’s chairman and president. “I built the company for people like me who were not being served by either the airlines or other charter operations,” he says. Seeing what he calls a “huge opportunity to serve high-net-worth individuals,” Napoliello combined on-demand travel’s no-commitment nature with his personal desire for service.

Unlike some other brokers, SkyBridge Private Air does not require any up-front membership fees or other financial commitments. Instead, customers pay only for what they fly, when they fly. Skybridge uses a network of some 80 vendors that it judges on the quality of the service they can provide, not the size of their fleets. For example, Napoliello is concerned with whether the vendor and its crews have familiarity with the route to be flown. “We generally talk to at least three potential vendors for a customer’s given trip and classify them by their relative appropriateness,” he says. The process does not always produce the lowest cost, but, he adds, Skybridge’s prices always are in line with the current market.

“With Skybridge Private Air, our customers are not buying a share, but they are buying trust in our service and our value,” says Napoliello. Although the company was founded only two years ago, it already is arranging some 35 flights a week, which clearly indicates that Napoliello’s formula is working.

OneSky Network offers its clients a choice of 10 different Gulfstream IV-SP jets, based at locations as diverse as Washington, D.C., Carlsbad, Calif., and Milwaukee, Wis. Those Gulfstreams are among the approximately 450 aircraft available for charter through OneSky’s online service. “Our most successful customer is comfortable with the online experience,” says OneSky president and CEO Greg Johnson. “They love typing in an itinerary and getting some sense of how much it’s going to cost.”

OneSky charges a fixed 5-percent commission for every trip it arranges. By paying the commission charge and no up-front fees, says Johnson, “folks traveling between popular destinations aren’t subsidizing the prices paid by customers in less dense markets.”

Employing the flight-auction business model that it launched in 1999, CharterAuction matches your itinerary with excess capacity among the approximately 260 operators it monitors. Those operators fly from 1,500 to 2,000 aircraft.

Like many brokers, operators, and fractional providers, CharterAuction also has its own premium offering, dubbed the Titanium Luxury Club Program, under which the company guarantees a fixed hourly rate with 12 hours’ notice. Members join the club by establishing an escrow account of $100,000, which is used to pay for flight time. Examples of the fixed prices available through the club include $2,100 for an hour aboard a light jet such as a Cessna Citation CJ2 on a round-trip flight, or $7,350 for a one-way trip on a larger aircraft such as the Bombardier Challenger 604.

CharterAuction tries to fill operators’ excess capacity—empty legs—with customers whose travel needs match those flights. After registering with the service, clients complete an online form giving their desired itinerary and choice of aircraft—detailed descriptions of the representative models are available online—and are presented with an estimated price. That price will not increase, but it can decrease by an average of 8 percent to 10 percent, based on operators’ bids for the trip. Using the CharterAuction web site, customers can watch the bidding and view the safety profiles of the various operators bidding on the trip as established by industry-leading safety monitors ARG/US and Wyvern. Customers also can select their flights by phone.