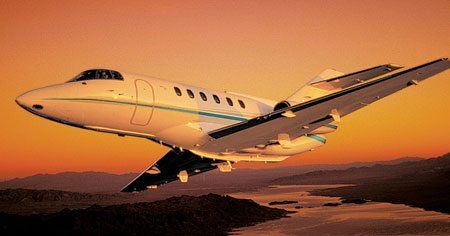 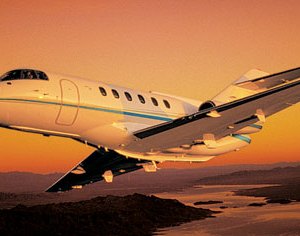 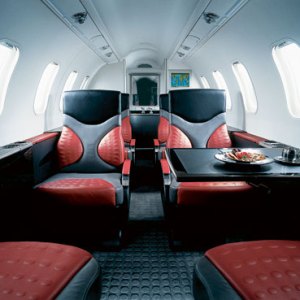 able to entice flyers who hesitate to make the financial commitment associated with purchasing a traditional fractional share. Through a flight card, essentially a debit card from which pre-purchased flight hours are subtracted after each trip, you can buy private-jet travel in increments of as few as 25 or as many as 100 hours, depending on the operator. You obtain the flight hours without making a large up-front payment, and you do not have to worry about the value of your purchase depreciating, both of which can be issues when buying fractional shares. However, with a flight card, you will not have any equity in the aircraft, you likely will forfeit some tax benefits associated with fractional ownership, and you could pay a considerably higher price per hour of flight. Nevertheless, the flight card programs, also referred to as membership programs by some of the fractional company affiliates, are growing in popularity, and our selection for the Best of the Best of them is Marquis Jet, the flight card program of NetJets, the fractional industry leader.

A Marquis Jet membership, which can be purchased only in 25-hour increments, gives you access to many of the more than 500 aircraft in the NetJets fleet, including 10 different types of planes. The Marquis Jet options range from the Cessna Citation V Ultra ($109,900) to the Gulfstream V ($339,900).

Some of the same perks available to NetJets owners accompany a Marquis membership, including the Executive Travel Response program, a partnership with the Mayo Clinic through which members can gain access to premium health care services throughout the world. Marquis Jet recently introduced two new programs—the Combination Card and the M Club—that provide members additional flexibility. The 25-hour Combination Card gives you 12.5 hours in each of two different aircraft types. While some other programs allow a degree of mixing and matching, Marquis Jet may be the only program that has formalized this feature. With the Combination Card, you can split your 25 hours aboard a Cessna Citation Excel and Raytheon Hawker 400XP for $129,900 or fly half of your hours aboard a Citation X and half on the Citation Excel for $179,900. The Excel and the 400XP both seat seven, but the Excel has about 500 miles more range. The Citation X seats as many as eight and has transcontinental range, and with a cruising speed of Mach 0.91, or 91 percent of the speed of sound, it is the world’s fastest business jet.

The second new program, the M Club, provides first-come, first-served access to NetJets’ fleet of four Boeing Business Jets. Membership in the M Club, which is limited to 100 people, costs $125,000 and buys approximately eight hours aboard this 18-passenger aircraft (at a rate of about $15,700 per hour).

The most affordable JetPASS offering provides 25 hours aboard a Beechjet 400A for $108,900, which is less than the per-hour cost of the least expensive Flight Options share; those shares start at $246,900 for a one-sixteenth (50 hours) stake in the same type of airplane. JetPASS also offers 25-hour increments aboard an eight-seat, mid-size Raytheon Hawker 800XP for $159,900. If your travel needs demand a large-cabin jet, you can choose between a Flight Options Bombardier Challenger, Gulfstream G-IV, or Embraer Legacy. Twenty-five hours aboard one of these jets is priced at $255,900. Regardless of which option you select, JetPASS hours carry no expiration date, and the costs are completely refundable.

Ready When You Are

As declining airline service and increasing frustrations drive experienced passengers to private jets, major carriers including United and Delta have entered the fractional market. United’s venture, Avolar, ceased operations in 2002, a year after it was introduced, but the Delta AirElite program is thriving.

Delta Air Lines has been involved with business jets for more than 20 years, and, under the Delta AirElite banner, it is the only major U.S. airline operating a business jet charter and aircraft management company. Through its Fleet Membership plans, you can purchase 25-, 50-, or 100-hour increments of travel aboard Bombardier Flexjet’s small- and medium-size Learjets or wide-body Challengers. Prices for a Silver AirElite membership range from $99,500 for 25 hours aboard smaller planes—including a Learjet 31, Raytheon Beechjet 400A, Cessna Citation Bravo, or a Citation V/Ultra—to $245,500 for the same number of hours on a large-cabin jet seating as many as 14 passengers, such as a Bombardier Challenger 604, Dassault Falcon 900B, or Gulfstream G550. More hours will cost you more, of course. Delta AirElite also features an Efficiency Bonus program, through which you can receive additional flying time when making a round-trip flight. When you do fly the airlines, a Delta AirElite membership entitles you to many of the benefits offered by Delta’s frequent flier program.

Flight card and membership programs were introduced because potential customers balked at the costs and complexity of buying fractional shares of business jets. Because simplification became a selling point of the flight cards, companies initially offered few perks or options. Now the competition among fractional programs has trickled down to the flight cards, where bonuses and upgrade paths are becoming more common. Among the perks offered through Bombardier SkyJet, the flight card program from the company’s FlexJet operation, are credits toward fractional ownership, including as many as four months of management fees. As a Skyjet member, you also can apply 5 percent of your contract’s value toward purchase of a Learjet, Challenger, or Global Express jet. Bombardier SkyJet membership is available in 25-, 50- and 100-hour increments, with prices starting at $72,000 for 25 hours in a light jet, such as a Learjet 31, to $672,000 for 100 hours in a Challenger 604. (Click image to enlarge)