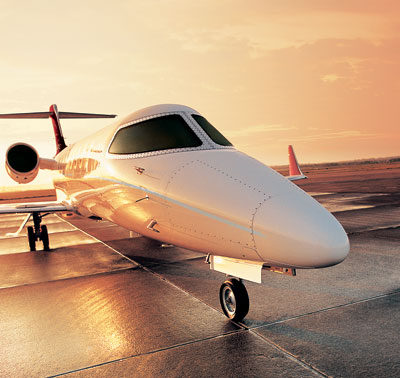 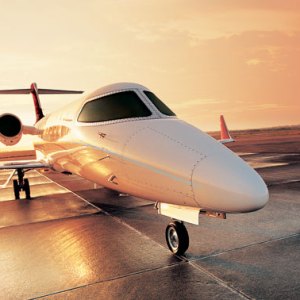 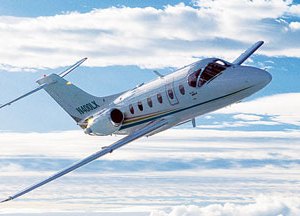 The burgeoning, competitive fractional ownership market offers many choices, and most of them will deliver you and your guests to the designated destination on time and with minimal drama. However, the levels of experience, service, and selection that are offered can distinguish one fractional company from another.

No one has more experience in the fractional market than NetJets, the company that invented the industry almost 20 years ago. NetJets, which was acquired by Warren Buffet’s Berkshire Hathaway company in 1998, claims it has flown more hours than all other fractional aircraft companies combined since beginning operations in 1986.

All of this experience has enabled NetJets to achieve the highest level of customer satisfaction. “We try to make this a unique experience, one that is something that, really, you look forward to every time you get on one of our airplanes,” says Richard Santulli, NetJets founder, chairman, and CEO. “From day one, when we started NetJets, we realized that there was something more than the airplane we had to provide.”

Adding to its services, NetJets developed with the Mayo Clinic in 2003 their joint Executive Travel Response program, through which NetJets clients can have access to premium health care services regardless of where in the world they are traveling. The program is designed to make as painless as possible the uncertainties of a medical problem confronting a client far away from his or her regular health care professionals. It includes foreign language interpretation services designed specifically for medical situations, answers for pre-travel immunization questions, behind-the-scenes support through daily contact with the NetJets Flight Center, and help in locating hospitals or clinics, whether close to home or at a far-flung destination.

As for selection, NetJets says it has the world’s largest fractional fleet, which includes a choice of 14 different planes. Those choices range from light jets such as Cessna’s Citation Bravo (in Europe) and Citation V Ultra (in the United States), both of which seat as many as seven passengers, to the 14-seat Gulfstream 550 and the 18-person Boeing Business Jet. In the mid-range, NetJets offers the seven-seat Citation VII and eight-seat Citation X jets, the Raytheon Hawker 800XP (in six- and eight-seat configurations), and the Hawker 1000, which seats nine. The company’s fleet numbers more than 550 aircraft, which are flown by more than 2,800 pilots.

In addition to having the largest fractional fleet, NetJets maintains those planes as well as any private aviation company, as evidenced by the company’s receiving the FAA’s Certificate of Excellence Diamond Award numerous times. The annual award—the highest form of praise from the FAA for aviation technical training—has been given to NetJets in part because of its maintenance personnel’s participation in the agency’s Aviation Technician Training Program.

In 2004, NetJets continued to demonstrate its dedication to safety by obtaining FAA approval to use emergency exit mock-ups for crew member training. The company was heavily involved in designing and constructing the business aircraft cabin mock-ups to ensure that they accurately represent the size, shape, weight, and function of NetJets aircraft. NetJets uses the mock-ups to help crews maintain their proficiency in rapidly locating and operating emergency exit doors.

Bombardier Flexjet offers the peace of mind of knowing that your fractional share is with the same company that manufactured the jet in which you are flying. Established in 1995, FlexJet is the fractional program from one of the world’s largest business jet manufacturers, Canada-based Bombardier.

At the light end of FlexJet’s available aircraft is the new seven-seat Learjet 40, plus the Learjet 45 and 45XR, which can accommodate eight passengers. In the medium-size category, the company offers the seven-person Learjet 60, with its 2,760-land-mile range, and the new transcontinental Challenger 300, which features a cabin more than seven feet wide and almost 29 feet long. At the heavy end, the popular Challenger 604, seating nine passengers plus a flight attendant, offers intercontinental range.

Bombardier designs, manufactures, maintains, and operates every aircraft in its Flexjet fleet. And no one knows how to fly and maintain an aircraft better than the company that made it.

Also affiliated with a major airframe manufacturer is Flight Options, a large portion of which is owned by Raytheon, which makes the Beechcraft and Hawker lines of piston airplanes, turboprops, and jets. The choices for fractional owners range from a light Hawker 400XP jet to a mid-size Hawker 800XP to a large, long-range Embraer Legacy.

More than 200 new and pre-owned airplanes compose the Flight Options fleet, and because shares in pre-owned planes are less expensive, you might find a price that better fits your budget as well as the plane model that best meets your transportation needs.

For example, Flight Options’ pricing on a pre-owned Hawker eight-passenger 800XP starts at $565,000 for a one-sixteenth share. The same share of a new 800XP begins at $787,500. A similar savings is available on the seven-seat Beechjet 400A versus a Hawker 400 XP, the newer, re-badged version of the same basic airframe. Because the 13-passenger Embraer is a new entrant in the large-jet market, pre-owned models are not available. If you do own a share in a pre-owned model of a particular aircraft, and one is not available for your flight plans, Flight Options will either upgrade you to a larger plane or provide a newer model gratis.

One of the most popular business jet lines ever conceived is Cessna’s Citation series. Safe and plentiful, the many Citation models designed over the years have a well-deserved reputation for providing reliable transportation. In 2000, the airframe manufacturer and TAG Aviation, the Switzerland-based private aviation company, teamed up to offer fractional shares through the CitationShares partnership. Cessna owns 75 percent of the company, with TAG Aviation retaining a 25 percent stake.

CitationShares offers the five-passenger Citation CJ1, the slightly more spacious Citation Bravo, and the faster eight-seat Citation Excel. While these jets are not designed to leap across the United States nonstop, they do provide easy, efficient regional travel. CitationShares also has as many as 50 new Citation Sovereign jets on order. The Sovereign, deliveries of which began last year, is a mid-size jet, offering the transcontinental range and high cruising speed lacking in other Citations in the company’s fleet. Each jet is similarly equipped and configured, so what was familiar to you and your guests last week will not change for tomorrow’s flight.