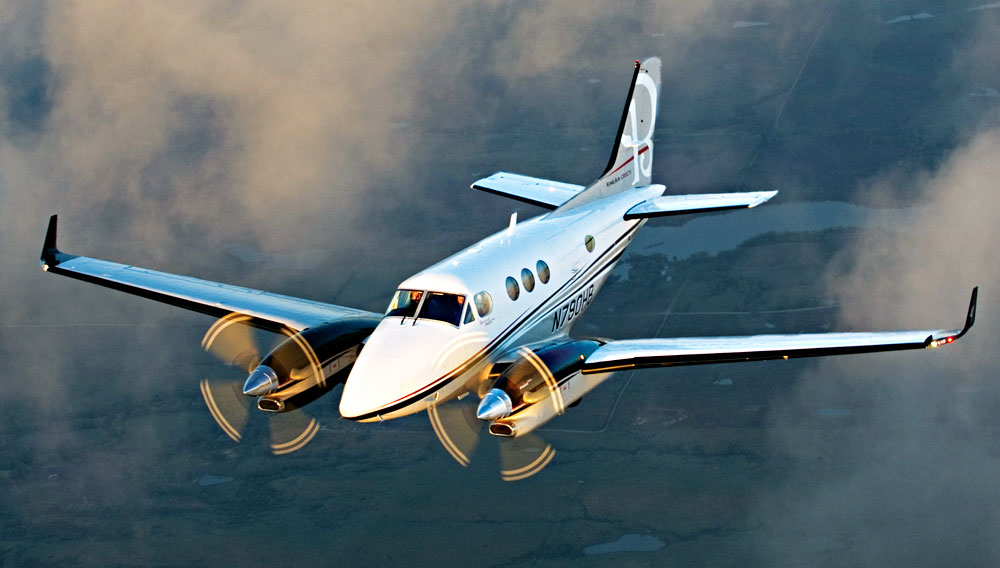 Beechcraft’s King Air line has outsold all other twin-engine turbo-prop business planes combined. This distinction speaks to the line’s longevity—47 years and counting—and its quality. Like past models, each of the three current ones—the entry-level C90GTx and the larger, more powerful 250 and 350i—is efficient, versatile, and comfortable. The King Airs also are attractive alternatives to light jets and enormous steps up from single-engine propeller planes.

Mike Kugler, who runs his family’s fertilizer business with his mother and brother in southern Nebraska, had been flying a twin-engine piston aircraft for three decades before recently upgrading to the $3.8 million C90GTx. “I’ve been pushing for a turboprop for quite a while,” says Kugler. “We briefly looked at a single-engine [plane] but ultimately decided we wanted the redundancy of twin engines.” The added safety that comes with an extra engine offers peace of mind to Kugler, who flies the plane mostly for business but occasionally uses it for personal trips. He also appreciates the low maintenance costs and quiet operation of the King Air’s twin Pratt & Whitney PT6A–135A engines.

While the majority of Kugler’s trips in his King Air are shorter than 300 miles, the C90GTx has a range of nearly 1,400 miles (when carrying four passengers; it can seat as many as eight) and a 30,000-foot ceiling that enables pilots to fly above adverse weather. Other highlights include a cruise speed faster than 300 mph, a roughly 2,100-pound payload maximum (which is comparable to that of most light jets), and a Rockwell Collins Pro Line 21 avionics suite.