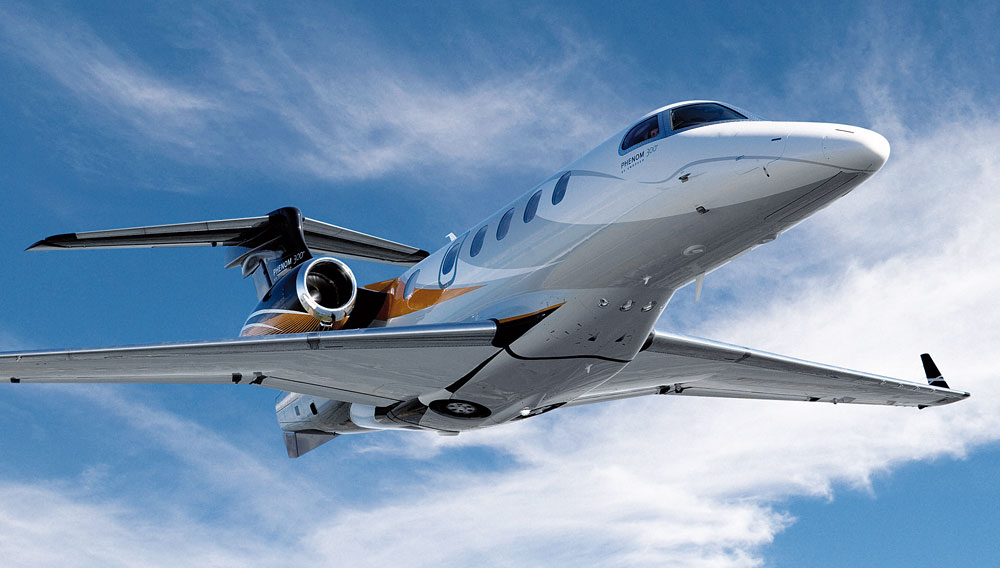 The category-crossover aircraft from Brazilian manufacturer Embraer are changing the way the industry thinks about business-jet design. The $8.76 million Embraer Phenom 300 (954.359.3700, www.embraerexecutivejets.com) has acquisition and operating costs similar to those of a light jet—its 127-gallon-per-hour fuel burn leads the light-jet category—but it looks, feels, and performs like a larger aircraft. The Phenom 300 is capable of reaching its maximum cruising altitude of 45,000 feet in 25 minutes, and it can take six passengers almost 2,200 miles while cruising at speeds beyond 500 mph. (The jet seats as many as 11 passengers.) Its superior size, performance, and efficiency make the aircraft appealing to private owners and fractional providers alike. In 2010, as part of a 100-unit order, private-flight provider Flight Options began taking delivery of the Phenom 300, many examples of which were quickly claimed by fractional owners. And in 2013, fractional aircraft company NetJets will begin taking delivery of the 125 Phenom 300s that it ordered in 2010.