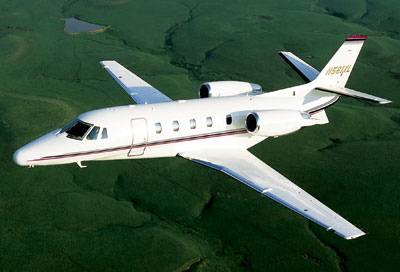 Promotions and partnerships elevate the membership program above the rest.

Marquis Jet’s clients enjoy numerous benefits, including after-hour visits to Ermenegildo Zegna boutiques around the country, discounts on Exclusive Resorts memberships, preferred scheduling on physical exams at the Mayo Clinic, and, when scheduling a one-day rental through Avis, five days of complimentary use of a luxury vehicle. Of course, there is also the most significant advantage of all: 25 annual hours of flight aboard NetJets aircraft. Marquis purchases NetJets’ fractional shares and repackages them in 25-hour blocks at prices ranging from $109,900 to $299,900, depending on the aircraft.

Although fliers regularly cross-shop Marquis with charter brokers such as Sentient, prospects have two other options in the 25-hour fractional segment: Vector is a 25-hour program that enables clients to fly aboard CitationShares planes (the service, scheduled to begin this year, had not been launched as of early 2004); and Delta AirElite, in addition to its national fleet of charter planes, is offering 25 hours of flight aboard Bombardier Flexjet aircraft. However, Marquis’ head start—it began operating in 2001—along with its NetJets alliance and owner perks, have helped the company build its member base to more than 1,500.

Some select nonmembers have also had the opportunity to enjoy Marquis’ services. Anyone who purchased a Sea Ray yacht in January or February of this past year also received four to 24 hours aboard a Citation V Ultra, depending on the size of the boat. “We’re always trying to provide value added to our owners,” says Marquis CEO Bill Allard. “We’re providing the best value out there.”

While an economic upswing may result in a shift back to fractional ownership, Marquis’ success, along with the new offerings from Vector and Delta AirElite, suggest that the market for 25-hour programs will remain strong. In the past year, Marquis, in selling more than 1,000 memberships, has drawn clients from across the aviation market: commercial first-class passengers, charter fliers, fractional members, and outright aircraft owners.

It has attracted experienced private travelers as well as business-aviation newcomers. “They were very astute,” says John Contas, director of new business development at the aviation consulting firm Aviation Management Systems. “By selling a share of a share, they’re targeting a niche that’s not quite ready to own a share and not interested in aircraft ownership.”

Marquis recently established a three-member owner advocacy group that functions independently of its sales staff. The group, which reports to Allard, calls owners and conducts surveys to gauge client satisfaction and to find ways to improve its service. “One of the things I’ve espoused is being owner-focused and client-focused,” Allard says. “We’re not being insular. We’re being in touch with our owners.”