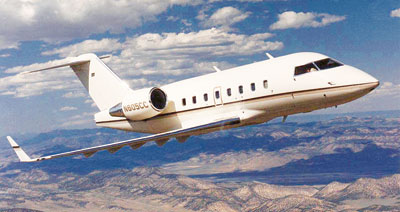 Over the past year, Sentient Jet CEO Mark Stone has been taking phone calls that he never expected to receive. Individuals and corporations have been approaching Sentient not to inquire about flying aboard the charter jets in its network, but to propose a unique transaction: to hire Sentient, in essence, to manage their personal or company-owned planes.

For example, an owner of a Cessna Citation Ultra enlisted a national charter operator to manage his plane when it was not in use. To offset his ownership costs, he wanted the company to charter his plane for 400 hours annually. Nine months into the agreement, the plane had flown only 65 charter hours. The owner called Sentient because he assumed that the charter broker, which claims to have 1,600 regular clients, would have enough demand to meet his 400-hour requirement.

Stone suggested a deal: Sentient would guarantee the owner 500 annual charter hours by finding an operator to manage the plane. In return for the guarantee, Sentient would pay the owner a per-hour rate that was significantly lower than what the operator received. Even at Sentient’s lower per-hour rate, the 500-hour guarantee was a better deal for the owner. The two sides are currently finalizing the agreement. “We are willing to take the risk,” Stone says. “By taking that position, we can source things, whether it’s fuel or aircraft, at better economics, because we’re willing to take that position and pass that on through the chain. We weren’t able to do that two years ago.”

Such deals offer several benefits for Sentient clients: More planes enter its network, and the lower per-hour rates are passed on to clients, who can continue to fly at Sentient’s competitive rates (from $3,200 per hour or more for a one-way flight aboard a light jet to $7,400 per hour or more aboard a heavy jet). Sentient can reinvest the savings into areas such as its client services division, where the money can be spent on passenger perks. One client’s son, for example, is a Spider-Man enthusiast, so for a recent flight, Sentient ordered its operator to outfit the plane with costumes, fake cobwebs, and even Spider-Man toilet paper.

For example, if a client’s flight from Miami is late to arrive because it experiences bad weather during its connecting leg, the Optimizer can calculate options to prevent any delays. “When humans do this, they can’t consider all the permutations possible,” says Tolga Erdogus, Sentient’s vice president of engineering. “The Optimizer takes into consideration billions and billions of combinational possibilities.”

Sentient can also plug future scenarios into the Optimizer to prove, for example, that the aforementioned Citation Ultra will indeed have 500 hours of use per year. “We can do demand prediction by infusing big demand into our Optimizer to see what kind of supply we need in certain locations,” Erdogus explains. “After that, we can say that in the Midwest, we can guarantee an operator 40 hours a month. Because of the Optimizer, we know we can get that kind of demand. All of these things have come together in the last year to allow us to do some real cutting-edge stuff.”

In 2001, CharterAuction.com, which allows travelers to accept bids online from competing charter providers, earned $1.2 million in revenue. Three years later, the company is averaging $1.5 million per month. “Demand picked up around Thanksgiving,” says CEO Nate McKelvey. “Planes have been more difficult to find.”

While McKelvey points to increased interest in private aviation as a reason for the growth (the company claims more than 600 clients), he also credits CharterAuction.com’s partnership with ARG/US, the aviation consulting firm. CharterAuction.com once had 800 operators in its network, but it has reduced that number to 250, all boasting ARG/US-approved gold or platinum ratings (above-average safety histories based on pilot performance, maintenance checks, accidents, and regularly updated records, among other criteria). Also, each operator carries at least $25 million in insurance coverage per flight. Clients, who can select specific jets for each trip, can even check pilot résumés and aircraft maintenance histories.

Wayne Rizzi pledges that, as an employee of Air Royale International, he is always available to speak to his clients. “You have my telephone number. You can get ahold of me. My name goes behind every flight,” says Rizzi, Air Royale’s president and CEO.

A boutique charter broker, Air Royale specializes in service and promptness. Rizzi says that because many Air Royale clients are last-minute fliers, the company guarantees that it can have an aircraft ready with as little as five hours’ notice. Clients can receive prices for specific itineraries 24 hours a day at Air Royale’s web site. When Rizzi launched the company in 1994, Air Royale served only Hollywood insiders. Air Royale has since expanded to include corporate clients and now claims an international network of 5,500 Wyvern-approved aircraft. And if need be, whoever flies those planes has the CEO’s phone number.

Last October, Delta AirElite launched Fleet Membership Select, a program that gives fliers 25 hours aboard the aircraft of Bombardier Flexjet, the fractional ownership provider. However, the bulk of the company’s business comes from its national fleet of charter aircraft, which AirElite either owns outright or operates for private owners. With its charter planes and Flexjet fleet, AirElite has more than 400 aircraft at its disposal. “We are no longer in a position to tell customers what type of program works for them,” says Cameron Gowans, AirElite’s director of sales and marketing. “We don’t have to convince customers one way or another. There are customers that are happy with the charter fleet and some that are happy with the fractional fleet.”

By joining AirElite’s Fleet Membership program, fliers can enjoy benefits when flying Delta’s commercial airplanes. Members are eligible for upgrades, access to priority security lines, and priority boarding, making AirElite, despite its focus on charter, one of the most flexible programs available.

To make its charter services even more exclusive, Bombardier Skyjet launched Learjet Class within its Premier Fleet program last year. Clients who join Learjet Class can purchase 25, 50, or 100 hours of flight aboard a Learjet 60, the Bombardier-manufactured aircraft. The Learjet 60 can seat seven passengers and has 55 cubic feet of luggage space and a range of 2,496 miles. The average age of the Learjet 60s in Bombardier’s national fleet of charter aircraft is six years.

While Learjet Class clients always fly aboard Lear 60s, members of Premier Fleet can choose from a lineup that ranges from a Learjet 31 to a Global Express, which is also built by Bombardier. Premier Fleet has a network of nearly 750 planes across the country, all of which are flown by Wyvern- or ARG/US-approved operators.