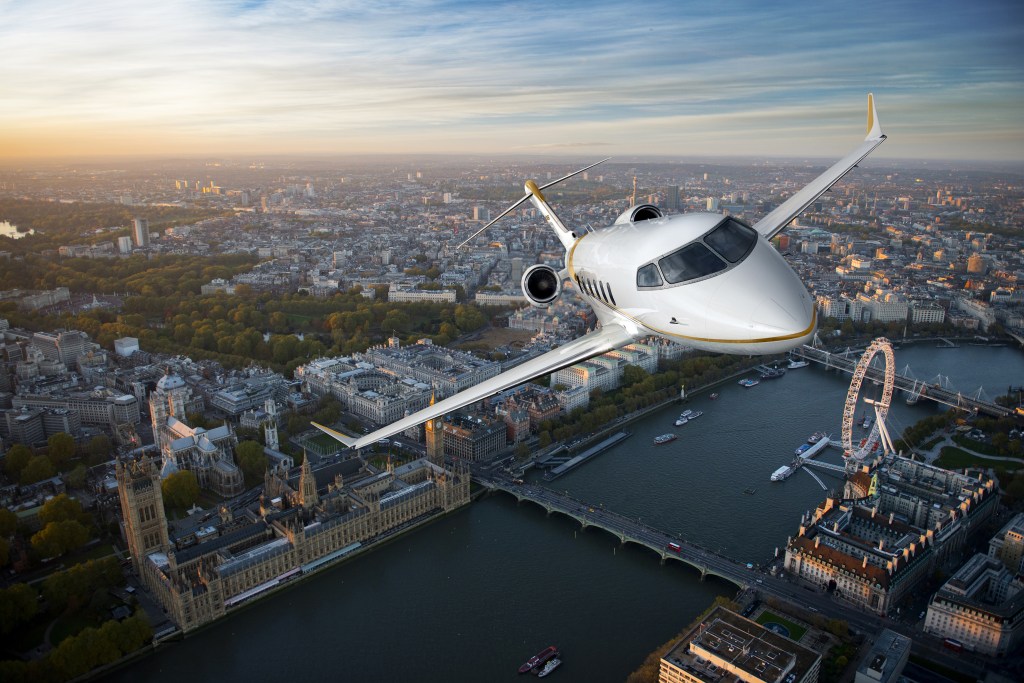 Last year’s most-delivered business jet, the Bombardier Challenger 350, could soon become even more appealing. The manufacturer expects that by the end of this year, the super-midsize aircraft will receive steep-approach certification. This will allow operators to land at (and take off from) London City and other airports that are now off limits to the Challenger 350—and many other jets—because of sharp approach angles and/or short runways.

The latest version of the aircraft requires less than 2,400 feet of runway to land. Bombardier says it can retrofit Challenger 350 aircraft that were delivered to owners before the enhanced capabilities were added.

The ability to access London City is particularly significant because of the airport’s proximity to the city’s financial district. It’s about 7 miles away; Heathrow is about twice that distance, and Gatwick is roughly 25 miles away.

According to data collected by the General Aviation Manufacturers Association, Bombardier delivered 56 examples of the Challenger 350 worldwide in 2017, making it the year’s most-delivered business jet. Embraer delivered 54 examples of its light-class Phenom 300, and Textron Aviation recorded 54 deliveries of its midsize Cessna Citation Latitude. All three aircraft are popular with fractional companies and other private-flights providers. While topping the annual-deliveries list last year, the Challenger 350 also surpassed the 200-delivery mark for its production run, which began in 2014.

The Challenger 350 has a range of nearly 3,700 miles (3,200 nautical miles)—enough to cross the Atlantic Ocean or the United States—a top speed of 548 mph, and a maximum passenger capacity of 10. The cabin is just over 25 feet long, 6 feet tall, and 7 feet 2 inches wide. The standard configuration seats eight passengers in two sets of four club seats.

In addition to offering steep-approach retrofits for the Challenger 350, Bombardier has launched a dozen other new enhancements for its in-service aircraft. Most of the upgrades involve the flight deck, but two are for the cabin: stone flooring and, for the Challenger and Global models, conference tables with a single-pillar pedestal, which will create more legroom.

Bombardier also has launched a configurator on its website that you can use to try out different floorplans, materials, and finishes for the cabin of the aircraft you’re thinking of buying. You can also look at the various colors and designs for the stripe on the plane’s exterior, and see what each option looks like against different backdrops—above the clouds or over cities such as Hong Kong or London.