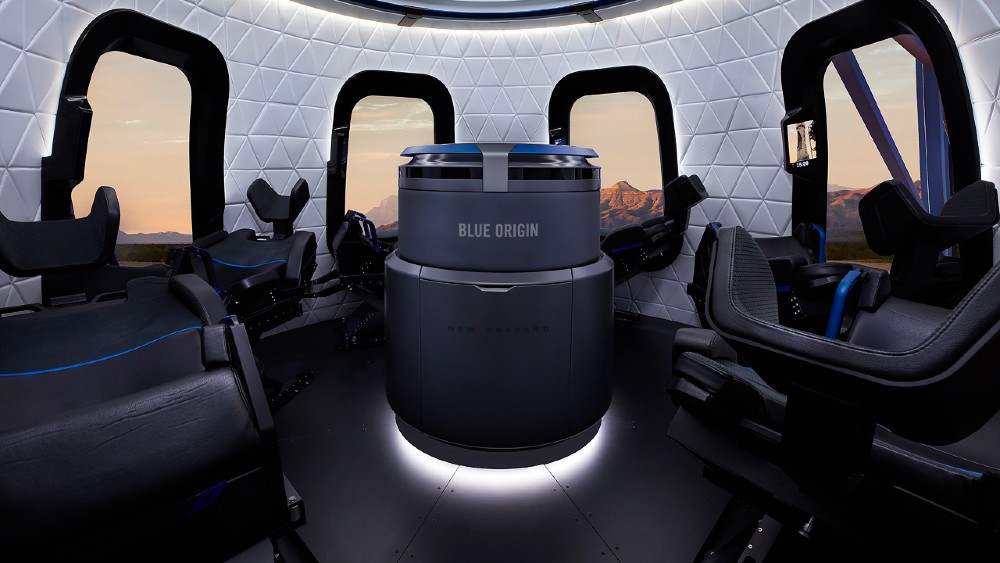 Amazon Founder Jeff Bezos announced that he and his brother, Mark, will join a third member on Blue Origin’s first space-tourism flight into space on July 20. The Bezos brothers will be part of a six-person team that will participate in the 11-minute flight.

The third paying customer has not been decided yet, but the online auction on Blue Origin’s website showed just how quickly the price of seats can go up. Within 24 hours of going public on May 20, bids went from $1.4 million to $2.8 million. But wait. Since Bezos announced his plans yesterday, the bid for the seat has jumped to $3.5 million. There will be a public auction on June 12 for that coveted seat’s final price.

“Ever since I was five years old, I’ve dreamed of traveling to space. On July 20th, I will take that journey with my brother. The greatest adventure, with my best friend,” wrote Bezos on an Instagram post.

The Bezos brothers will be first among a new generation of space tourists as three private firms ramp up their space travel programs.  Courtesy Blue Origin

While the July 20 date is the 52nd anniversary of the 1969 Apollo Moon Landing, the Blue Origin mission is loosely based around the flight of astronaut Alan Shepard, who became the first American in space on May 5, 1961. The New Shepard rocket, as the Blue Origin craft is called, will blast past the Karman line, the imaginary divider separating Earth from space.

The tourist astronauts will then experience about three minutes of weightlessness, while floating around the capsule and seeing Earth from space. A third of the capsule is comprised of windows for visibility. After the flight, the capsule will descend back to Earth, with parachutes deploying for a landing in the Texas desert near the Blue Origin space center.

Among the three billionaires funding separate space programs, Bezos will be the first to ride on his own rocket. Sir Richard Branson’s Virgin Galactic announced earlier that its founder would cross the Karman Line aboard Unity, which recently completed a key test flight, though no dates have been announced. It’s not clear when the third member of the billionaire’s space race, Elon Musk, will be a passenger aboard one of his SpaceX missions. The SpaceX Crew Dragon Endeavour completed a successful flight on April 24, though a month earlier, one of its Starship prototypes exploded after landing.

While Blue Origin and the others will launch a new kind of space tourism, it’s not the first commercial venture. Seven individuals paid to visit the International Space Station in the early 2000s, but the Russian space agency halted the program in 2009. There is talk that the Russians will launch the program again this year.