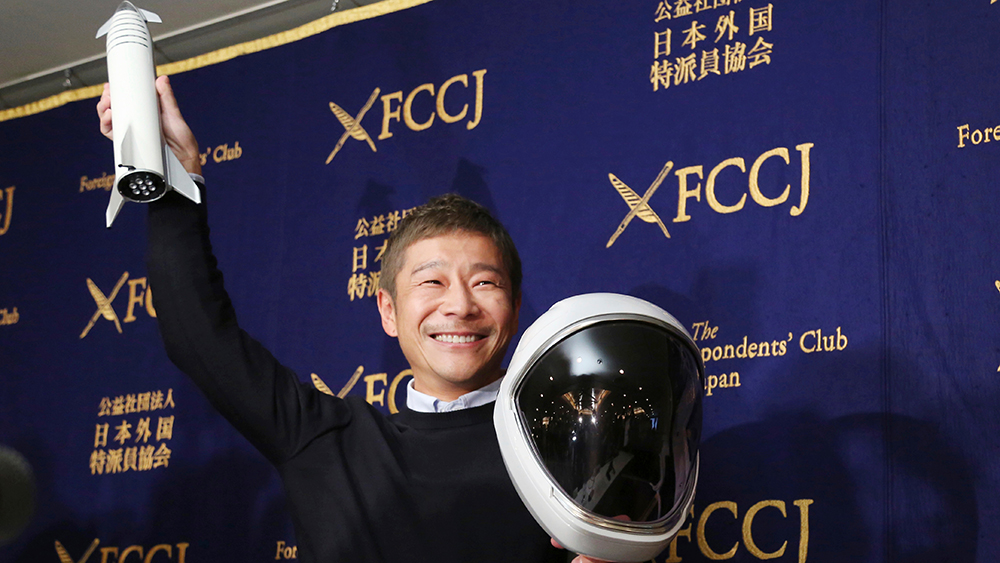 Attention, single ladies: A billionaire wants to you fly you the moon—literally.

Dinner dates are so last millennium, so Japanese entrepreneur Yusaku Maezawa is upping the ante: He wants a “special someone” to join him for a date on the first SpaceX voyage into the cosmos—and to become a reality star in the process.

“I want to find a ‘life partner.’ With that future partner of mine, I want to shout our love and world peace from outer space,” Maezawa wrote on a website for the project. The 44-year-old is due to embark on his trip around the moon in 2023 as the first private passenger with Elon Musk’s SpaceX program.

The founder of Zozotown—Japan’s largest online fashion retailer—has invited single women 20 and over to apply online for the “planned matchmaking event” that will take place in Elon’s Big Falcon Rocket. The couple will have their entire journey captured via video for a documentary series titled Full Moon Lovers that will be screened on streaming platform AbemaTV.

Maezawa, who recently broke up with his 27-year-old actress partner Ayame Goriki, said his new flame must have a “bright personality” and always be positive. She must also “be interested in going into space and able to participate in the preparation for it.” Oh yeah, she must also “be someone who wishes for world peace.” Extra points, we imagine, if you can sing “We are the World.”

This intergalactic version of The Bachelor is the latest attention-seeking stunt by Maezawa, who last week pledged to give 1 million yen ($9 million) to 1,000 random Twitter followers who reposted the tweet from his @yousuck2002 account. Maezawa said the “social experiment” was designed to see if the payment boosts people’s happiness. His message has already been retweeted 4.1 million times since January 1 and is only dwarfed by another of his tweets from 2018 (currently at 4.3 million retweets) in which he offered 100 million yen to 100 people.

Applications for Maezawa’s romantic space date close on January 17. The billionaire will make an initial selection and embark on a series of “special dates” with the shortlisted women before finally selecting his partner at the end of March. If SpaceX’s attempt at lunar exploration succeeds, Maezawa and his lover will be the first private passengers to fly to the moon. How exactly will the billionaire top that grand romantic gesture on the couple’s one-year anniversary? Mooncakes, of course.