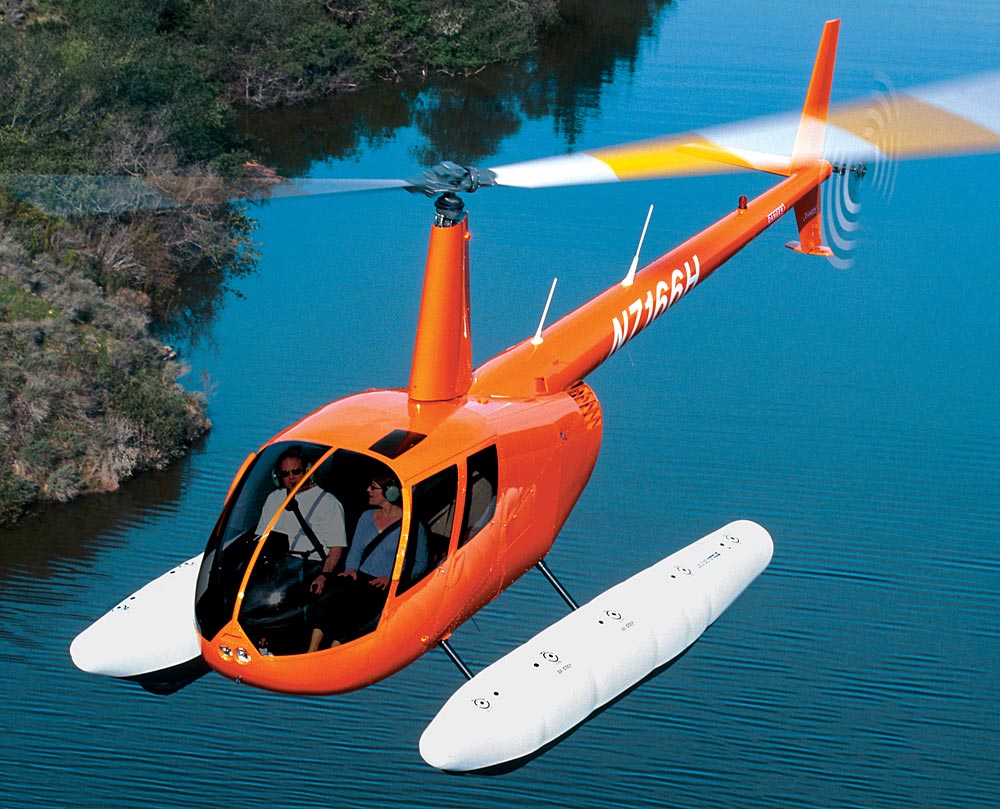 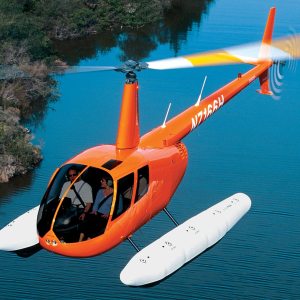 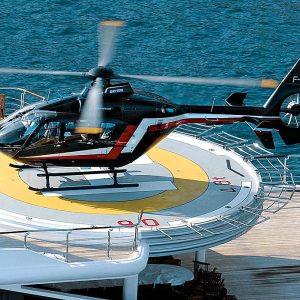 There are many excellent helicopters that operate successfully from the decks of yachts. Yet there are a select few models that experts recommend over all others, in part because the companies that make them have long histories of working with ship builders in both commercial and military environments, and because the models are easy to fly and maintain. These companies provide maintenance support worldwide, can supply technical specs and advice to yacht designers, and have extensive experience designing for maritime environments.

This light, twin-engine helicopter has a short overall length, which makes it perfect for helidecks lacking extra room. Despite its size, it can carry six people in comfort. The $4.2 million EC135 also has style. “It’s a more modern, prettier aircraft than most, and it’s got a nice cabin,” says Kev Mathieson of Helidecks. In terms of performance, very little separates the helicopter from the AgustaWestland 109 (see page 96) other than its shorter range. The EC135 is a fairly low-maintenance aircraft, which accounts for its popularity among corporate owners. Eurocopter, www.eurocopter.com

This compact aircraft ($380,000 to $420,000) is a perfect fit for smaller yachts and for owner-pilots. It seats four, including the pilot. As a light, single-engine helicopter, the R44 Clipper II works best on short trips in clear skies and light winds. Still, the aircraft has a low center of gravity, which makes landing it on a ship easy. While some aviation consultants may be hesitant to recommend single-engine aircraft for maritime use, the R44 Clipper II can be equipped with utility floats that inflate just prior to an emergency landing on the water. These floats will retain their shape for several days before they need to be deflated and repacked. Robinson Helicopter, www.robinsonheli.com

The large Sikorsky S-76 ($10 million to $12 million) has a range of about 400 miles and seats up to 12 people and two pilots comfortably. It is sturdy enough to take off and land in weather that would prevent smaller aircraft from flying. “People who use their helicopter for purposes other than just landing on a yacht often chose this model,” says James Frean of HeliRiviera. Its potential drawback, however, is its length: 52 feet, 6 inches. A yacht would need to be 100 meters or longer to accommodate a chopper of this size.

“A helicopter like this tends to rearrange your thinking,” says Vaughan Askue, a senior technical support manager at Sikorsky. “You’re not just using it to hop over traffic and fly to the horse races while your boat is parked off the beach on the Riviera. Now you can go to a friend’s villa in Italy for dinner, or to a world-class medical facility that’s 300 miles away, in an emergency.”

Sikorsky has more than 50 years’ experience working in a maritime environment. In the 1990s, Japan’s coast guard approached the company with the idea of modifying the S-76 to enable it to land on ships. In response, the company has developed folding rotors and special tie-downs that keep the aircraft stable while hangared, even in rough seas.

Many owners who already own an S-76 want it modified to land on a new yacht, which is relatively easy to do. “You can make the blade modifications in a weekend,” Askue says. In fact, he tells of one customer who wanted a new S-76 for his yacht. The company could not deliver it as quickly as he wanted, though. “We modified an existing helicopter, leased it to him, and then when his helicopter came in, we took it back and unmodified it.” Sikorsky Aircraft, www.sikorsky.com

Several years ago, the U.S. Coast Guard asked AgustaWestland to modify the 109 for offshore use. Since meeting that request, the company has gained considerable expertise in keeping helicopters functional in rough and corrosive marine environments. The AgustaWestland 109 Power Elite ($6 million to $8 million)—a civilian version of its military cousin—cruises at 155 mph and has a range of more than 575 miles. The aircraft has retractable landing gear and lands on wheels instead of skids, which makes shipboard landing easier.

“With skids, you have to pick up the helicopter to move it and that’s a bit of a problem,” says Helidecks’ Mathieson. A slightly bigger model than those typically used on yachts, it seats six to eight people. Although this is an older model than many of its current competitors, it has a distinctive look, one that many owners like. Says HeliRiviera’s Frean, “It’s a beautiful helicopter—quick and powerful.” AgustaWestland, www.agustawestland.com