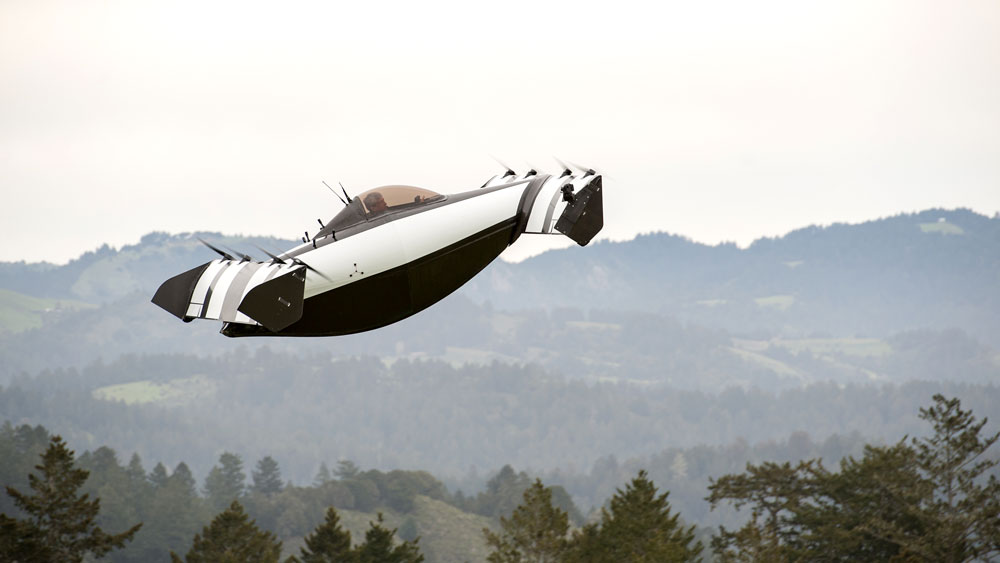 In parts of the Northeast, the black fly is regarded as a pest, an annual springtime annoyance that will make you rethink plans for hiking or camping. But in Silicon Valley, a company called Opener has introduced a flying vehicle that could render the term—when written as one word and with a capital F—synonymous with convenience.

BlackFly, which was on display this week at the AirVenture Oshkosh show in Wisconsin, is an all-electric, single-seat, fixed-wing vertical takeoff and landing vehicle that can travel for 25 miles on a single charge at speeds as fast as 62 mph. It’s designed primarily to take off and land from grassy or surfaces, but it’s also (freshwater) amphibious. Opener calls it a “personal aerial vehicle,” and it can accommodate a person as tall as 6 feet 6 inches and as heavy as 250 pounds.

BlackFly is a fly-by-wire aircraft that you operate with a joystick. The Federal Aviation Administration classifies it as an ultralight aircraft, so you don’t need a pilot’s license to fly it. However, Opener says that it will require owners to pass the FAA private pilot written examination and complete a vehicle-familiarization and operator-training course. Other safety measures include the redundancy offered by the aircraft’s eight individual propulsion units, which are spread across the two wings, and an optional full-aircraft ballistic parachute.

The weather conditions have to be right to fly the vehicle: minimal wind, no rain, and above-freezing temperatures. And because it’s an ultralight, you can’t fly it at night or over congested areas. Nevertheless, the company says that its long-term vision “is to integrate these highly-efficient vehicles into a rural/urban commuting network.”

Instead of referencing that nasty little gnat, the BlackFly moniker could be a nod to the stealth manner in which the aircraft was developed over the past nine years. Opener CEO Marcus Leng, an engineer and recreational pilot, created the concept for BlackFly in 2009 and made the first flight in a prototype in Canada just two years later, taking off and landed in his front yard in the small town of Warkworth, Ontario. In 2014, the company reorganized under the name Opener and relocated most of its operation to Palo Alto, Calif.

In July, a couple weeks before bringing BlackFly to Oshkosh, Opener announced that Google co-founder Larry Page had come on board as a “strategic backer.” Page has already invested in Kitty Hawk, the company that is developing the personal aircraft Flyer and the air taxi Cora.

Leng has said that he hopes to begin selling BlackFly next year at a price that is comparable to that of an SUV. In a press release he says, “We will offer competitive pricing in an endeavor to democratize three-dimensional personal transportation.”