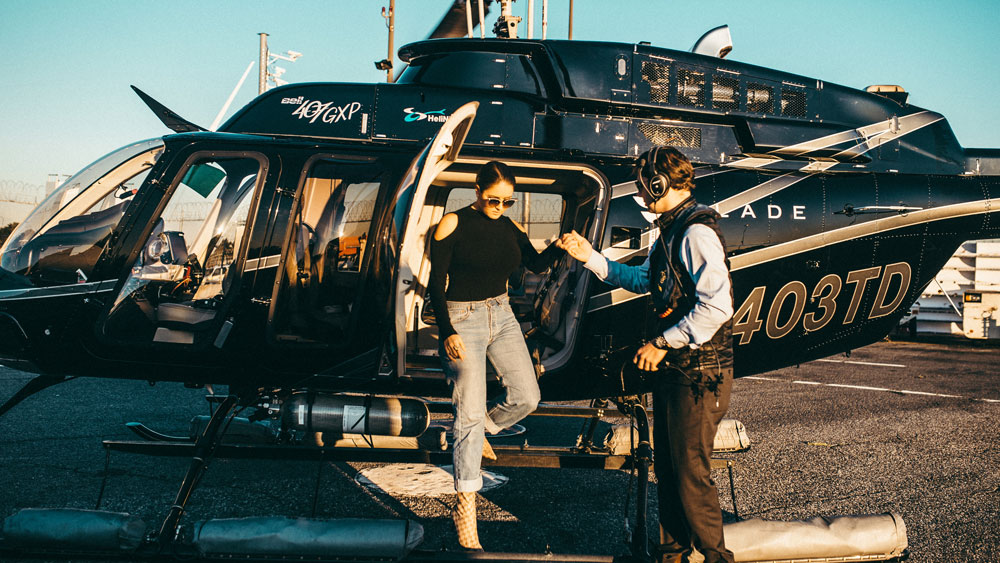 For most, the arduous schlep to work is the low point of the day. Sardine-like subway trips or bumper-to-bumper car rides are not only infuriating but also a colossal time suck—and we all know time is money. That’s especially true in San Francisco, where the most billionaires (per capita) now reside. New York-based start-up Blade is vying to change all of that with a high-end commuting solution: They’ll fly you across the Bay—from Oakland to Palo Alto—for $195.

Parting with two Benjamins for an eight-minute trip might at first seem slightly absurd, but for those working in and around San Francisco and Silicon Valley who have limited public transport options, the round-the-clock gridlock is a very real problem. In fact, last year alone San Fran’s commuters lost almost five full days—116 hours—due to traffic congestion, according to research firm Inrix. If we look at that in monetary terms, it’s $1,624 per year—or eight trips on a Blade helicopter. Boston topped the list wasting a whopping 164 hours of the year, while New Yorkers spent around 133 hours stuck in jams across the city.

Will Heyburn, the head of corporate development at Blade, told the New York Times that Oakland to Palo Alto is the company’s most popular route in the Bay Area. “These people are buying an extra two and a half hours at home,” Mr. Heyburn said. Or, conversely, paying $195 to avoid the dreaded slog across the overcrowded Bay Bridge.

Blade launched back in 2014 when it began offering chartered flights to the Hamptons and New York airports. Since then, the business has grown to new heights: in March 2019 it started flying routes in Southern California and the San Francisco Bay Area. Mr. Heyburn declined to say how many people have used the service since it began, but it’s not the first—or only—flying taxi fleet available. Earlier this month Uber Copter started offering helicopter trips from Manhattan to JFK airport for $200, and we’ve spotted at least five other flying taxis on the horizon.

It’s unlikely helicopters will alleviate California’s (or any other major city’s) commuting catastrophes. The current triple-digit price tag means this luxury is out of reach for most. But with New York set to introduce congestion pricing in 2021 and California expected to follow, drivers will be looking for alternatives. We vote for working from home.