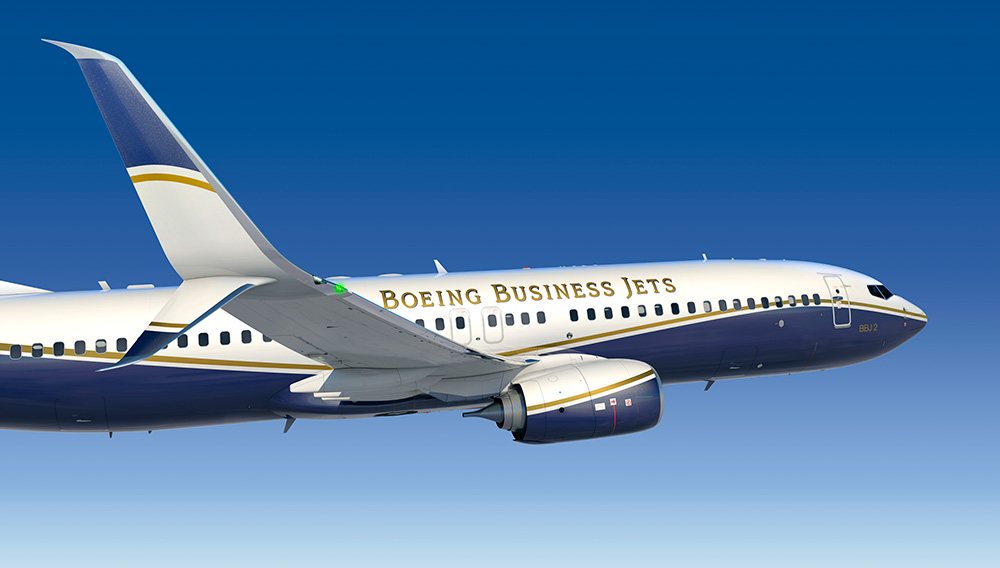 The aviation giant Boeing has announced that split scimitar winglets now will be standard on all new Boeing Business Jets (BBJs). The sporty addition has a downward strake and adds a scimitar tip to the jet’s traditional blended winglet. The BBJ—based on Boeing’s family of Next-Generation 737 jets—is the first business jet to include the new winglets as a standard feature. The device enhances the wing’s aerodynamic efficiency, adding 2.2 percent to the aircraft’s range, or about 150 additional miles.

Airlines that fly the 737, including United and Southwest, have been using the new design since last year and have reported fuel savings of up to 5.5 percent compared to aircraft without winglets. The winglets are built from aluminum and carbon-fiber composite with graphite spars and a honeycomb Nomex core to maximize strength and minimize weight. They work by reducing the wingtip vortex at the wing’s edge, resulting in less aerodynamic drag. The tips also will be offered as a retrofit on in-service BBJ—a process that can be completed in a matter of days. (boeing.com)