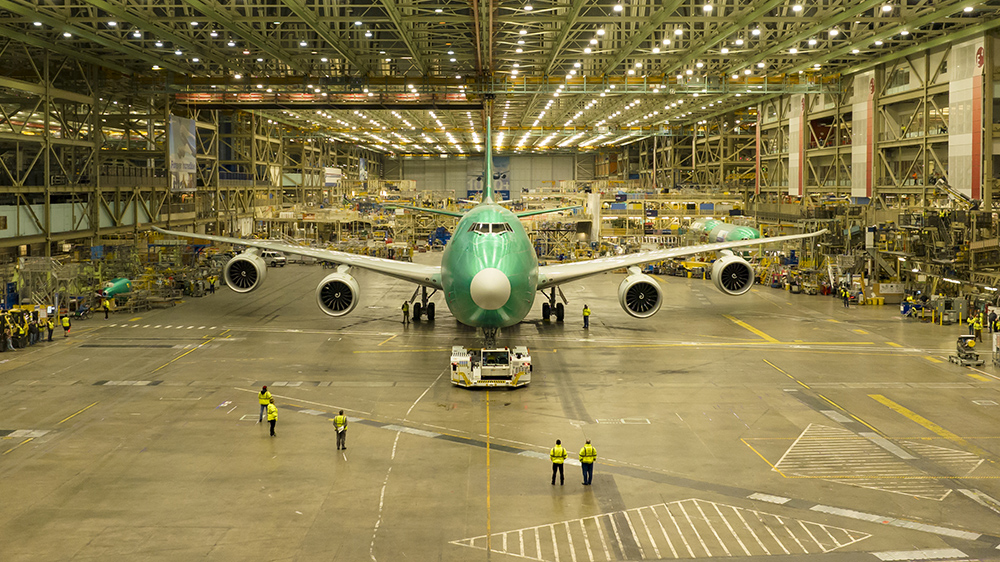 Boeing is finally ready to retire the iconic 747.

The American airplane manufacturer finished building the 1,574th—and final—747 at its widebody factory in Everett, Washington, just north of Seattle, on Tuesday, according to a press release. The jumbo jet’s completion ends more than five decades of production of the game-changing model.

Not many airplanes can claim the impact that the 747 has had since going into production in 1967. It was the world’s first twin-aisle passenger aircraft, something that helped it transform global air travel after it entered service in 1970. The jet’s four engines allowed it to transport hundreds of passengers at a time on long-haul flights. The final iteration of the jet, the 747-8, measures 250.2 feet in length, making it the longest commercial aircraft currently in operation. At cruising speed, it’s able to cover the length of three NFL football fields every second.

The 747’s quartet of engines also made it well-suited for cargo flights. Although most airlines have stopped using the plane for commercial flights, it’s still popular with shipping companies. The final example to roll off the line was a 747-8 freighter—which can carry a payload of 133.1 tonnes—the last of four purchased by cargo carrier Atlas Air earlier this year. The plane has also served as the basis for several governments and military planes, including the current Air Force One.

“For more than half a century, tens of thousands of dedicated Boeing employees have designed and built this magnificent airplane that has truly changed the world,” Kim Smith, Boeing VP and general manager of the 747 and 767 programs, said in a statement. “We are proud that this plane will continue to fly across the globe for years to come.”

Production of the 747 may be over, but Boeing has no intention of getting out of the passenger plane game anytime soon. The company is currently building the 737 Max and 787 Dreamliner, according to CNBC. An even larger model, the 777X, is expected to be ready for customers in 2025.