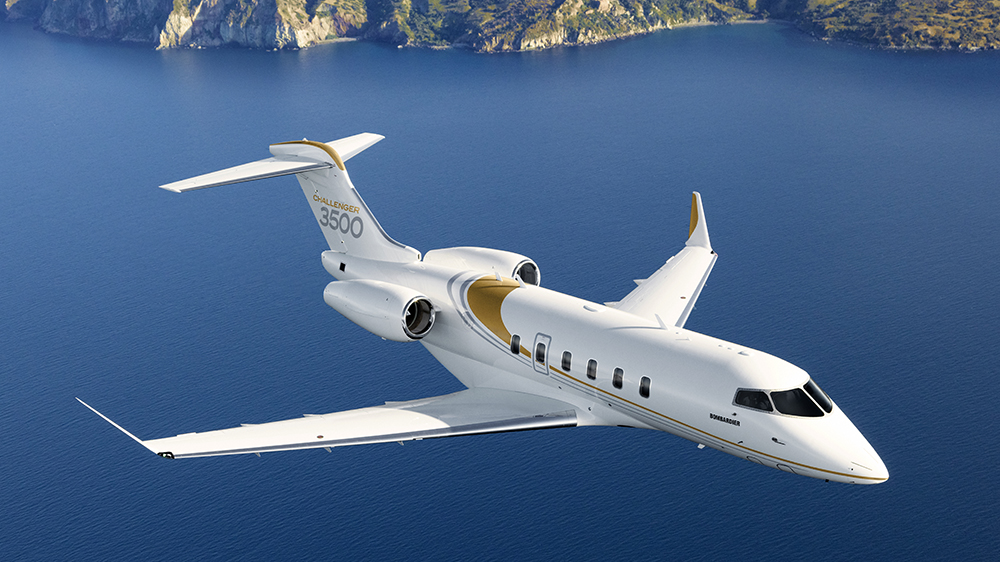 Bombardier’s redesign of its Challenger 350 extended even to the name, with the new plane now known as the Challenger 3500, though the overhaul itself wasn’t a surprise to industry watchers. “We’ve expected the upgrade for a while, since the super-midsize segment is so competitive,” says business-aviation analyst Rollie Vincent, who notes that the 3500 will go head-to-head with the Embraer Praetor 500 and 600 models, Citation Longitude and Gulfstream G280. “Bombardier needed to do something to keep it fresh,” he says.

As we saw during a recent tour of a full-scale interior mockup, the Challenger’s makeover includes luxe features found on Bombardier’s ultra-long-range Global 7500 flagship, including that jet’s Nuage seats, which Bombardier calls the first new business-aircraft seat design in 30 years and which can tilt into a “zero-gravity” position to reduce pressure on the lower back. “We carved out space behind your feet, so you can tuck them under your center of gravity while working,” says Bombardier designer Alexandre Curthelet. Other enhancements include standard wireless phone chargers, a voice-command system (for the lights, temperature, entertainment and more) and a largest-in-class 24-inch 4K video display. The sound system can be adjusted to create an audio “sweet spot” in the cabin, which, even cruising at 41,000 feet, can feel like walking around Denver, since the engineers reduced cabin pressurization to the equivalent of 4,850 feet.

The interior of the Challenger 3500.  Bombardier

Covid-influenced design elements are also apparent. All cabin buttons have been replaced with one-touch haptic-glass controls, similar to smartphone buttons, which are not only sleeker but easier to clean. The design team also left ample space around the furnishings, eliminated the gaps between galley accessories and used larger latches on the doors and drawers, which facilitate easier cleaning and disinfecting.

The 350 has been the best-selling super-midsize jet for the past seven years, a distinction Vincent attributes to its reliability and good operating economics. First deliveries of the 3500 are expected in the second half of 2022, and Vincent says it promises to retain its predecessor’s appeal. “It makes a great fleet aircraft for charter and fractional: Just fill up the tanks and off you go.” Plus, with the same listing of $26.7 million as the 350, the most notable change Bombardier didn’t make was to the price tag.