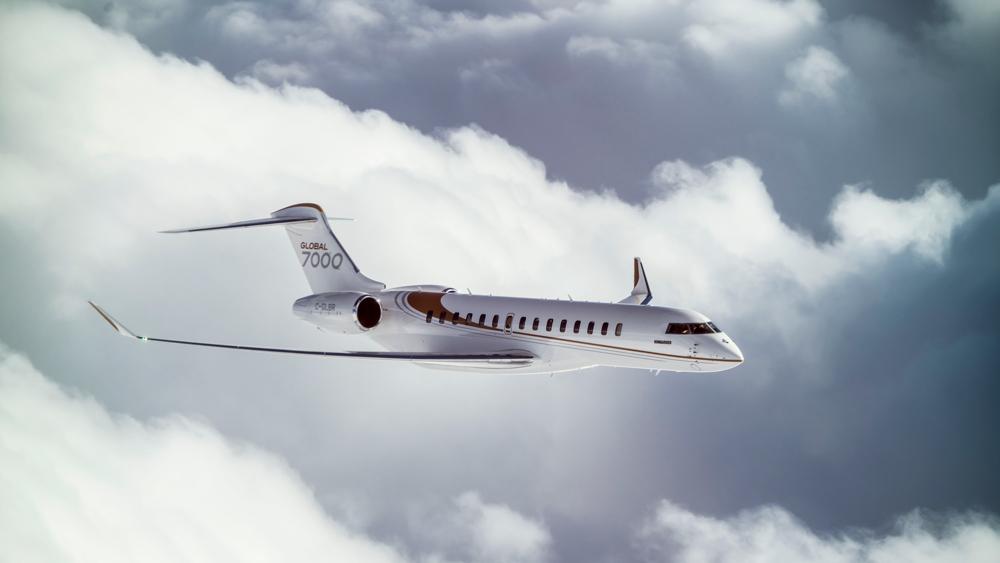 The ultra-long-range Bombardier Global 7000 can travel nonstop even farther than the manufacturer originally projected. After conducting several long-haul test flights, Bombardier announced that the aircraft’s range is 7,700 nautical miles (8,861 land miles), which is 300 nautical miles (345 land miles) more than the company originally projected. While this additional distance may seem relatively insignificant, bear in mind that it could mean the difference between landing in Toronto or Teterboro, or Oakland or Los Angeles.

Bombardier claims that the Global 7000 is now the largest and longest-range business jet ever built, and that under the right conditions, it can fly nonstop from New York to Hong Kong and from Singapore to San Francisco—city pairs that no other business jet can directly connect.

The Global 7000, which is priced at about $73 million and is expected to enter service later this year, is indeed large. The cabin (not including the baggage compartment) is 54 feet, seven inches long; six feet, three inches tall; and eight feet, two inches wide. Aft of the galley, the passenger area is divided into four distinct living areas. Depending on the layout, they can include a seating area, a dining or meeting area, a cinema room, and a bedroom.

In April, the Global 7000 and its cabin won a Red Dot in the Ships, Trains and Planes category of this year’s Red Dot Design Award, an international competition conducted annually since 1955 by Design Zentrum Nordrhein Westfalen in Essen, Germany. As judging criteria, the 39-member jury looked at each product’s levels of innovation, functionality, formal quality, ergonomics, and durability.

In addition to boasting award-winning design and unprecedented range and size for a business jet, the Global 7000 is fast. It has achieved a speed of Mach 0.995, which equals about 650 mph. Bombardier says the Global 7000 is the largest business jet to reach this speed. Its maximum operating speed is 610 mph, and its long-range cruising speed is 561 mph. Because of the wing design, the aircraft is also nimble enough to access airports with relatively short runways or ones that require steep approaches.