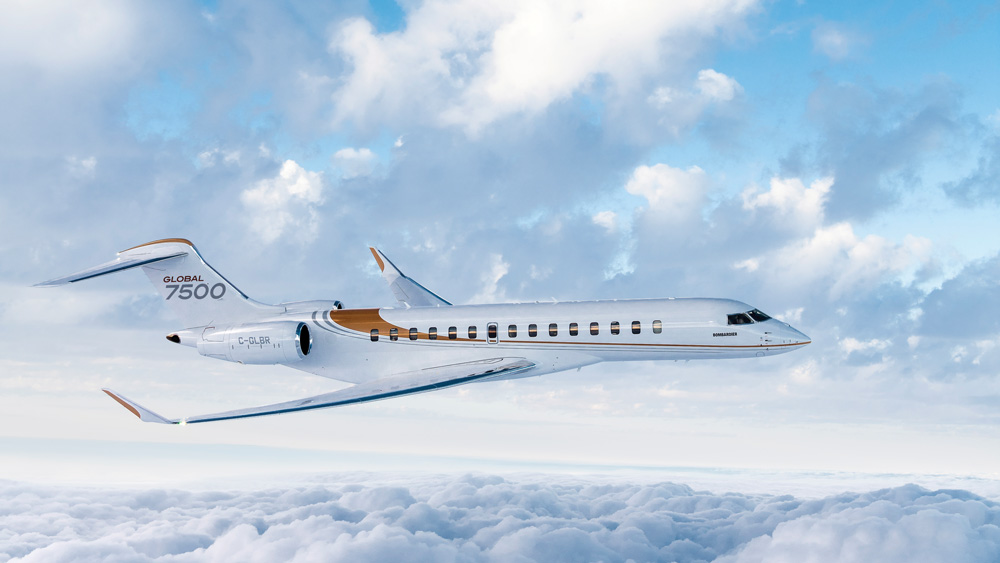 Just weeks after breaking the distance record for a purpose-built business jet—8,152 nautical miles, flown between Singapore and Tucson, Ariz.—Bombardier’s Global 7500 was at it again. This time, the private jet broke the speed record between New York and Los Angeles. Hitting a top speed of Mach 0.925 and sustaining that speed for more than two hours, the Global 7500 left LA’s Van Nuys Airport at 7:01 am Pacific time on March 24, 2019, and arrived at New York’s Teterboro Airport at 1:55 pm Eastern time, completing the coast-to-coast flight in 3 hours and 54 minutes, beating the previously held record made by another company’s aircraft.

A couple of days later, on March 27, 2019, the same Global 7500 business jet left Westchester County Airport in White Plains, NY, at 6:26 am Eastern time and arrived at London Luton Airport at 3:52 pm local time, completing the transatlantic flight in 5 hours and 26 minutes under seasonal winds, successfully establishing the record of the fastest flight for a business jet between these two major financial cities. During the course of the flight, the Global 7500 reached a top speed of Mach 0.925, with an average speed of Mach 0.92.

In early March, Bombardier revealed that its new Global 7500 business jet flew 8,152 nautical miles, the longest mission ever flown by a purpose-built business jet. At a sustained speed of Mach 0.85, this flight also sets the record for the highest speed over the longest distance in business-aviation history. Bombardier reports that the flight’s duration was approximately 16 hours.

Bombardier’s roomy Global 7500 entered service just four months ago, in December, and features four distinct cabin zones, including the Club Suite, Conference Suite that converts to a six-seat dining table, Media Suite, Master Suite with full-size bed and standup shower, plus a full kitchen and a dedicated crew suite. With the Global 7500 also comes the new Nuage seat, which apparently represents the first overhaul of business-aviation seating in 30 years. The nice Touch cabin management system provides controls at each seat (and the bed) so all the passengers can control all the things—temperature, sound, lighting, entertainment and more.