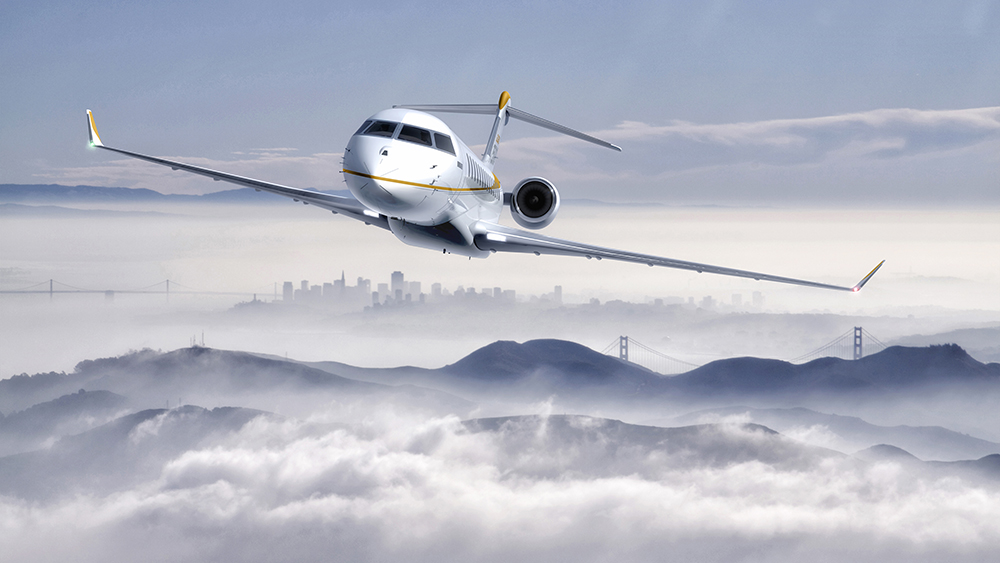 One month after Bombardier’s Global 7500 long-range business jet set back-to-back city-pair records for the fastest-ever business-jet flights between New York and London, and between Los Angeles and New York, the Global 7500 was at it again. This time, the aircraft completed a nonstop flight from London City Airport to the Van Nuys Airport in Los Angeles, a first for the private-aviation industry.

As part of its steep-approach certification flight-test campaign for Transport Canada, Bombardier weighted a flight-test vehicle called the Masterpiece with a comparable load to an aircraft fitted out with a stateroom and shower and 2,400 pounds of payload that would be the equivalent of 11 passengers and their luggage. The aircraft then performed several takeoffs and landings at London City Airport, noted for requiring steep-approach capabilities, to demonstrate its steep-approach proficiency. The Global 7500 then flew nonstop from London to LA’s Van Nuys Airport, which is one of the busiest executive airports around.

“Welcoming the Bombardier Global 7500 aircraft to London City Airport for its flight-test campaign is a crucial milestone toward certification and subsequent business-jet operations at London’s most central airport,” said Gary Hodgetts, director of operations at London City Airport. “The flight completed by the Global 7500 FTV on May 10th is the longest flight ever out of London City and simply demonstrates the exceptional performance of the aircraft.”

The Global 7500 is the largest business jet with short-field performance and steep-approach abilities that can fly from London City Airport and connect any city in the continental US, Africa or the Middle East. Its long-range performance goes even farther when traveling east, allowing the aircraft to reach most major cities in Asia.

Bombardier’s voluminous Global 7500 entered service just five months ago, in December, and features four distinct cabin zones, including the club suite, conference suite that converts to a six-seat dining table, media suite, master suite with full-size bed and standup shower, plus a full kitchen and a dedicated crew rest area. With the Global 7500 also comes the new Nuage seat, which apparently represents the first overhaul of business-aviation seating in 30 years. The nice Touch cabin management system provides controls at each seat (and the bed) so all the passengers can control all the things—temperature, sound, lighting, entertainment and more. And unveiled just recently is the jet’s Soleil lighting system, which is aviation’s first circadian-rhythm-based cabin lighting technology used to combat jet lag.