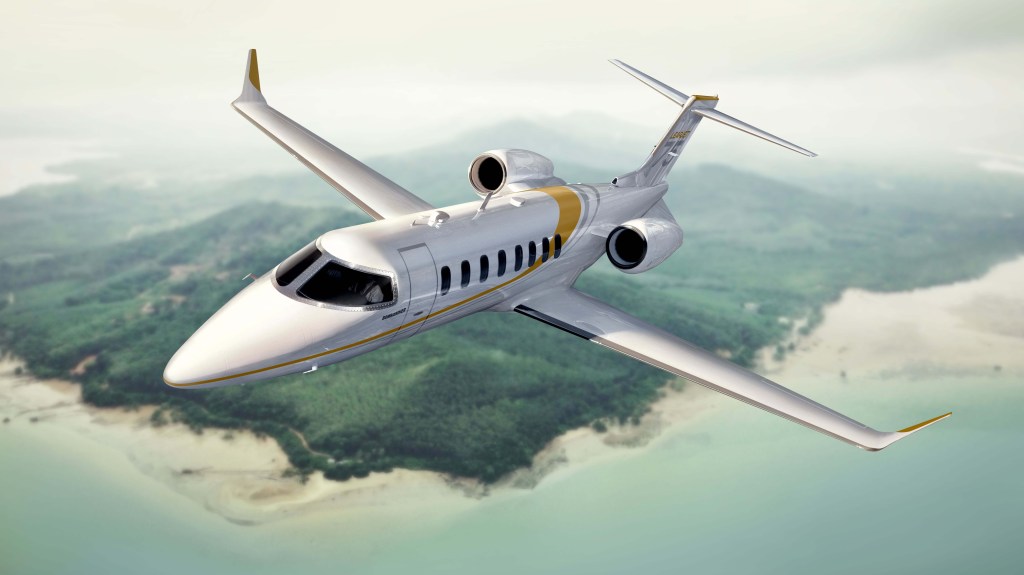 Bombardier Business Aircraft celebrated a milestone today at its Wichita, Kansas, facility. A ribbon-cutting ceremony and celebration marked the delivery of the 3,000th Learjet produced, which coincidentally was also the 100th Learjet 75.

“The 3,000th Learjet aircraft represents a very special moment in the iconic legacy of Learjet, and is a testament to the success of the product,” said Tonya Sudduth, general manager, Learjet programs and Wichita site.

William Powell Lear founded the Learjet brand in 1962, and Bombardier acquired it in 1990. Several years later, in 1997, Bombardier debuted the Learjet 45, which was retired when the company launched the Learjet 75. The light jet is a top seller for the brand.

The Learjet 75 features a flat-floored 20-foot-long cabin with an eight-seat double-club configuration. Each seat has a touchscreen to control temperature, entertainment options, discreet in-wall speakers, and high-speed Internet access. Luggage and belongings are accessible with the plane’s in-flight storage.

For the pilot, the Learjet 75 comes with Garmin G5000 avionics, touchscreen control, a synthetic visions system, graphical flight planning, and more. It has a range of 2,348 miles and cruises at 495 mph, all while touting fuel efficiency by way of drag-reduced canted winglets and the plane’s Honeywell engines. As the company points out, the Learjet 75’s efficiency and range can get four passengers and two crew from London to Moscow, without stopping to refuel. Starting price for the Learjet 75 is $13.8 million.

Why Stop at a Jet? You Can Now Have Your Own Private Airport in Maine for $2.5 Million.