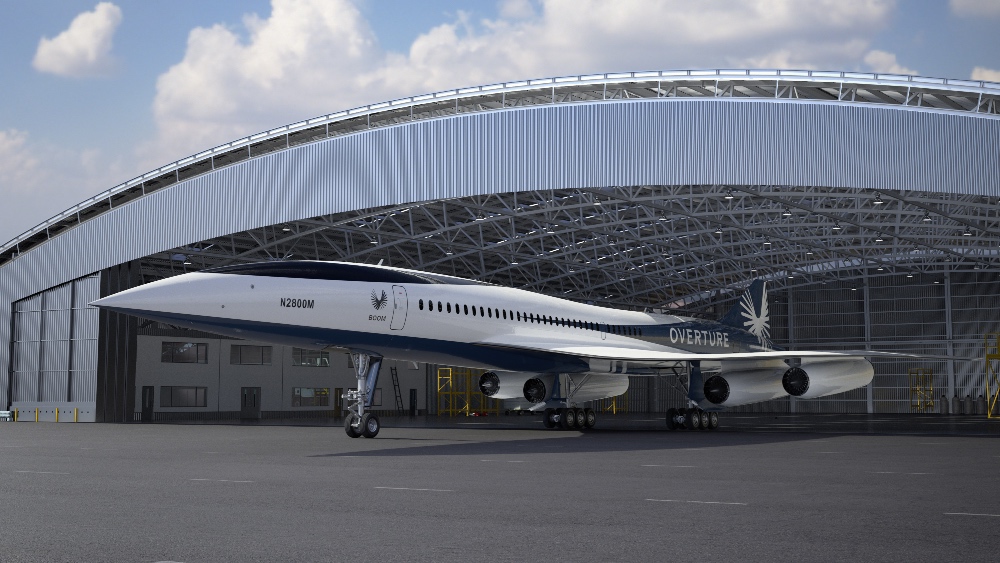 A new era of supersonic jets is edging closer.

Earlier this year, Boom Supersonic announced it was opening a “Superfactory” in North Carolina to start work on its new Overture business jet. This week, the Colorado-based aerospace company, which is responsible for the world’s fastest airliner, dropped new renders of the hotly anticipated supersonic aircraft. It looks like quite the jet, too.

The 205-foot newcomer features sculpted wings designed to enhance supersonic performance while improving transonic handling to ensure stability at any speed. It will be equipped with no less than four engines that will allow it to soar at speeds of Mach 1.7 (1,304 mph) and fly for more than 4,200 nautical miles, according to Boom. (For comparison’s sake: that’s roughly double the speed of many commercial airliners). The team claims the Overture will also be the first of its kind with an automated noise reduction system for a smooth take-off without the use of afterburners.

The aircraft will be made primarily from carbon composite materials to make it lighter, stronger and more stable than its metal competitors. Upon completion, the Overture will be able to carry between 65 and 80 passengers. It will have a cruising altitude of 60,000 feet and will be capable of running on 100 percent sustainable aviation fuel (SAF).

“Overture is revolutionary in its design, and it will fundamentally change how we think about distance,” Boom founder and CEO Blake Scholl said in a statement. “With more than 600 routes across the globe, Overture will make the world dramatically more accessible for tens of millions of passengers.”

Upon completion, the Overture will be able to carry 65-80 passengers.  Boom Supersonic

Beyond the Overture’s updated design, Boom announced that it will also be working with Northrop Grumman to develop a special mission version of the aircraft. Additionally, the company said it will begin outfitting the Iron Bird, a new 70,000-square-foot test facility in Centennial, Colorado to house its first prototype.

Boom expects to start production on the Overture in 2024, with the first aircraft completed by 2025 and entering service in 2029. The company says it’s already received 70 orders from brands such as United and Japan Airlines.

Get set for supersonic, folks.