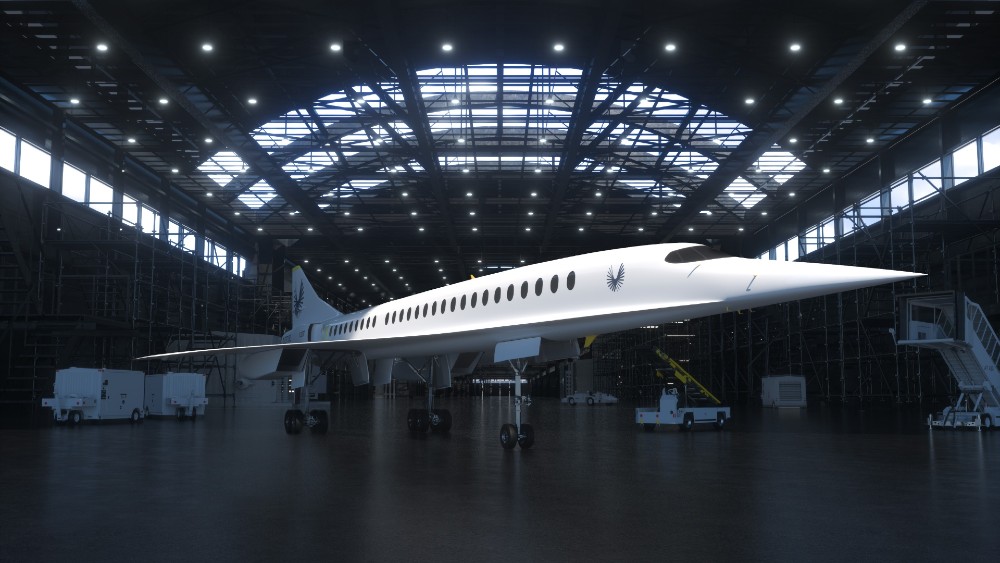 Ka-Boom. Boom Supersonic is taking another step towards turning its Overture business jet from concept to reality. The Colorado-based aerospace company said that it would be building an “Overture Superfactory” at the Piedmont Triad International Airport in Greensboro, N.C. It expects to break ground later this year.

Boom made the announcement during a live press conference on Wednesday, with company Kathy Savitt, president and chief business officer, speaking alongside local and state officials, including North Carolina governor Roy Cooper. Savitt said the area offered a strong pool of talent, with other aircraft manufacturers and tier-1 aircraft suppliers.

The 205-foot Overture is designed to carry 65 to 88 passengers, and is capable of flying on sustainable aviation fuel. It will have a cruising altitude of 60,000 feet, with a range of 4,888 miles.

Boom said it will break ground later this year on the 65-acre lot adjoining the airport.  Courtesy Boom

The speed of Mach 1.7 (1304 mph) is roughly double that of many commercial airliners. It said that a typical flight from Tokyo to Seattle would take 4.5 hours, compared to 8.5 hours on a commercial jet. Paris to Montreal would be 3.75 hours instead of 7.25 hours on a jet.

Boom expects to start building the Overture in 2024, with the first aircraft completed by 2025 and entering service in 2029. It said the new facility will be about 400,000 square feet on a 65-acre campus at the airport. The company said it has 70 orders for the Overture and will employ 1,750 by 2030. It said United Airlines and Japan Airlines accounts for $14 billion in orders.

The Overture has a business-jet interior capable of seating up to 88 passengers.  Courtesy Boom

Boom is currently the frontrunner in the supersonic race after Aerion abruptly shut down its operations in May 2021. That Reno-based company had been in business since 2005 and had planned a manufacturing facility near Sebastian, Florida. When shutting down the facility, it announced a lack of investor appetite in supersonic’s future.