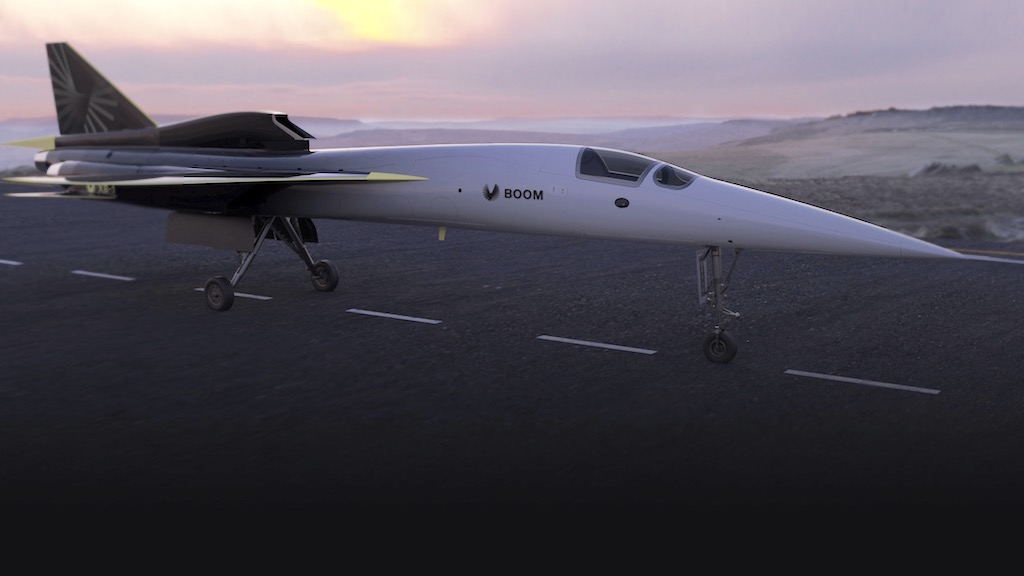 As the first commercial airplane builder committing to a carbon-neutral test program, Boom also reports taking sustainability into account when making each major decision within the organization.

Boom built the XB-1 supersonic aircraft as a demo to prove the design’s key technologies are safe, efficient and sustainable while traveling at supersonic speeds. The company’s commitment to the carbon-neutral cause covers all ground and flight testing performed over the lifetime of the XB-1 program.

The company is considering the environmental impact each step of the way—through the aircraft’s design, testing and flying stages. Last summer, Boom announced its partnership with Prometheus Fuels, which manufactures sustainable alternative fuels, to supply carbon-neutral jet fuel during the XB-1 test program. Prometheus removes CO2 from the air and uses clean electricity to turn it into jet fuel. Solar and wind provide the power used in this transformation process, so there are no net carbon emissions from using the fuel.

Last fall, Boom designated an environmental and sustainability team, appointing Raymond Russell as the head of sustainability. The former Google Policy Fellow has been key in Boom’s environmental policy and advocacy since 2017. He also represents the company at technical working groups of the International Civil Aviation Organization Committee on Aviation Environmental Protection (ICAO/CAEP), supporting evaluations of potential global environmental regulations for aviation. Russell and team manage Boom’s sustainability partnerships and initiatives, such as sustainability in aircraft design, sustainable aviation fuels, flight routing and carbon offsetting. “As a new entrant in aerospace, Boom is making sustainability a core tenet of our aircraft development program,” said Russell. “Thanks to today’s technology, supersonic travel is economically viable, and we are proud to ensure that it’s environmentally friendly as well.”

Founded in 2014, Boom Supersonic is nearing completion of its XB-1 demo craft, the first independently developed civil supersonic aircraft. The design, build and test phases of XB-1 were created to fine-tune the design of Overture, Boom’s supersonic commercial airliner. Boom plans to roll out XB-1 in summer 2020.

Overture will be history’s fastest commercial airliner. Boom Supersonic’s vision is to bring families, businesses and cultures closer together and make the world more accessible via supersonic travel.