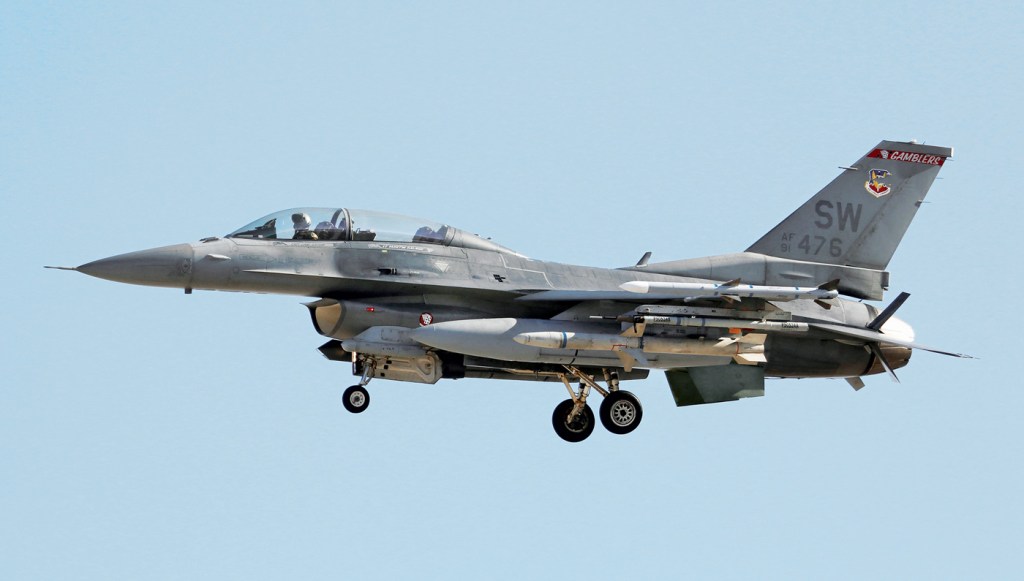 Las Vegas businessman LARRY RUVO has been lauded for his philanthropic work, which includes founding Keep Memory Alive, a nonprofit organization dedicated to the research and treatment of Alzheimer’s disease and other brain disorders. He’s also one of the few civilians who have experienced the gravitational force (and exhilaration) that elite military pilots encounter in the cockpit of a fighter jet traveling at supersonic speeds.

“Ever since my good friend Steve Wynn told me about his experience flying an F-15, I wanted to fly one of the military’s top fighter jets. When I was invited to fly in an F-16 as a goodwill gesture by Nellis Air Force Base outside of Las Vegas, I knew I had to beat Steve’s performance of pulling 8.1 gs. I told my instructor, Colonel Simpson, ‘You’ve got me for one hour; I want the full ride.’

“Usually there is only one seat in the cockpit of a fighter jet, but the F-16D’s cockpit has tandem seats. I sat in the seat behind the pilot. We both had all the gauges in front of us, and our harnesses were clipped into our ejection seats. Our thick helmets were wired so we could talk to each other.

“We flew off from the deck and were at 18,000 feet in just seconds. I looked back and saw the air force base get rapidly small in the distance. We took some high-g turns, where I could feel the positive g force push me down into my seat and make my arms and head feel heavy—like a very aggressive roller coaster times four. I could see the desert and rugged mountains beneath us and the clear blue sky above. To the east was Lake Mead and to the west was beautiful Mount Charleston. The view from my bubble canopy was incomparable. We then performed some low-level navigation, where we were flying at over 600 mph just 100 feet off the deck and everything below us went by in a blur, except the aircraft’s shadow, which moved as if in formation with us.

“The pilot took us into a maximum-performance climb and aileron roll and then said to me, ‘You’ve got the stick. It’s all fly by wire, like a PlaySta­tion. Just push the stick to the left and hold it there, and it makes a complete 360-degree circle.’ I actually flew the plane. I watched the gauges, focused on the gs, pushing to get us past Steve’s marker. They had told me earlier that sometimes you can black out at those speeds. I let the pilot know that even if I got sick or passed out, we still had to pull past 8.1. We got to 8.3, and broke the sound barrier, flying in excess of Mach 1. It’s the most exciting thing I’ve ever done in my life, other than have my children.

“It taught me a lot about the military, seeing this firsthand. I’ve always had respect for the men and women in our armed forces, but now I support them in an entirely new way and have an even deeper respect for their skills. No matter what you do in your life, I can’t imagine anything more exhilarating than doing this. It made me so proud to be an American.”

You may not experience the same speeds or g forces that Larry Ruvo did, but you can fly—and maybe pilot—an actual fighter jet through numerous companies, including FlyFighterJet.com, which operates in locations around the world, Florida and California among them. Prices at the U.S. locations start at $2,399 for a 30-minute flight over the Gulf of Mexico and $2,999 for a 45-minute flight over desert in California. Both flights use an L-39 Albatross.