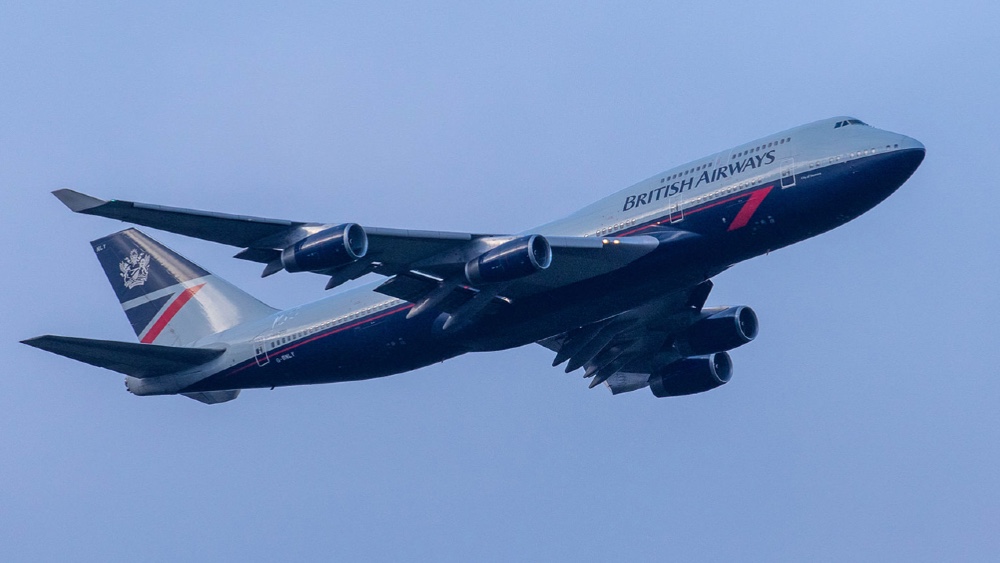 A retired Boeing 747 will have a lead role in many future films as it becomes a movie set on a former UK military base. Instead of heading to the scrap heap, British Airways recently announced that it had sold one of the 747s that it was taking out of service to Dunsfold Aerodrome, a retired WWII Canadian Air Force post outside London. With several racing tracks, the property has also been the host location of the British car show, Top Gear, since 2002.

It’s actually the second 747 on the property, though the first has a pure-white exterior. The British Airways jumbo jet, by contrast, sports one of the airline’s classic liveries, applied last year to celebrate the company’s 100-year anniversary.  It will become part of Dunsfold’s museum, which is also a location for TV and movie shoots.

Nicknamed the “Queen of the Skies,” the BA 747 first entered service in 1998. Since then, it has flown 14,016 flights and roughly 60 million miles over 122,358 hours, including countless first- and business-class flights. Amid the travel restrictions imposed by Covid-19, British Airways decided to retire its fleet of 31 aging B747s and replace them with newer, more fuel-efficient aircraft. Despite a burgeoning market for aircraft parts, British Airways decided to keep two of the planes whole.

The 747 has a classic livery that was applied last year to celebrate the airline’s centennial.

“While we will miss seeing them grace our skies, we are delighted to have found permanent homes for our remaining centenary 747 aircraft,” said Sean Doyle, CEO of British Airways, in a statement. “We think they have great historical importance, not only to British Airways but to the entire aviation industry, and we are pleased they will be preserved for future generations in locations in the UK.”

Consider it equal parts preservation and glamorization. Over the years, Dunsfold has served as the set for almost 100 movies and television shows, including Mission Impossible 7, Bohemian Rhapsody, Casino Royale, The Theory of Everything and even Footballers Wives.

The property, which sits about 40 miles south of London, includes an industrial park and a private airport, with working hangars and runways. Every year it hosts “Wings and Wheels,” a combined aviation and car show that raises money for charity. “With an aviation heritage that includes the development of military aircraft, such as the Harrier, Hawk and Hunter, Dunsfold Aerodrome is the perfect fit for the generation-defining 747,” said Dunsfold CEO Jim McAllister after the aircraft had landed at the park following its final flight from Cardiff, Wales.

The second 747, already on the property, has also been a set for multiple television shows and movies.  Courtesy Dunsfold Park

The iconic BA 747 may be grounded, but it will have a busy second career going forward, with the interior being restyled for any movie needing a jumbo jet.