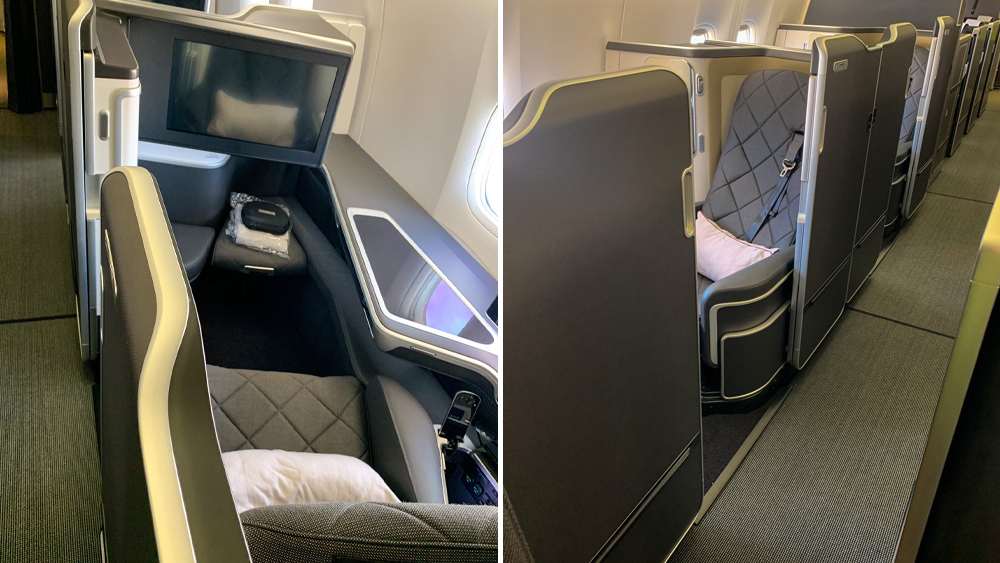 It’s no secret that the airline industry has been hit particularly hard by the coronavirus pandemic. But that hasn’t stopped British Airways from quietly launching a new first-class suite that could, in fact, help travelers social distance while they fly.

The new suite was first spotted onboard one of the airline’s newly delivered Boeing 777-300ER aircrafts that touched down at Heathrow Airport in London late last week, reports Forbes. The first-class section of the plane was outfitted with the new suites, and while they are not radically different than past seats, the new edition feature a sliding door that effectively creates a small pod around you.

The isn’t the first time the airline has added a door to its seats. The new first-class suite comes on the heels of an overhaul to the airline’s business class cabins last year. Those upgrades—which can be seen on the new Airbus A350-1000s, Boeing 787-10s and refurbished 777s—which were the first to be equipped with sliding doors. So, it was only a matter of time before the airline followed suit with its first-class suites.

Of course, that door, which afford the suites more privacy than before, isn’t the only change to the airline’s first-class offering. Based on photos posted to Twitter by @Planenews_777, the seats feature a new updated infotainment screen and a heavily padded quilted seat that reportedly measures 22 inches wide and 73 inches long in bed mode. None of these elements, including the door, are completely new, but it’s the first time they’ve been combined in BA’s first-class configuration. We’ve seen more technologically advanced first class seats this year, but there’s no denying that the new seats will add a more concrete layer of social distancing that should appeal to travelers in the Covid era.

British Airways did not immediately respond to a request for comment from Robb Report about the new seats.

A few quick snaps of the new/updated F seat on G-STBM pic.twitter.com/AvYbmqn6M2

As appealing as the new luxe suites may be, they’re also super rare for the time being. Only announced last month, the seats will only appear on the new 777-300ERs right now, and only eight of the seats are in each first-class cabin. Of course, if you’re flying British Airways between London’s Heathrow and NYC’s JFK Airport, you just might be in luck.