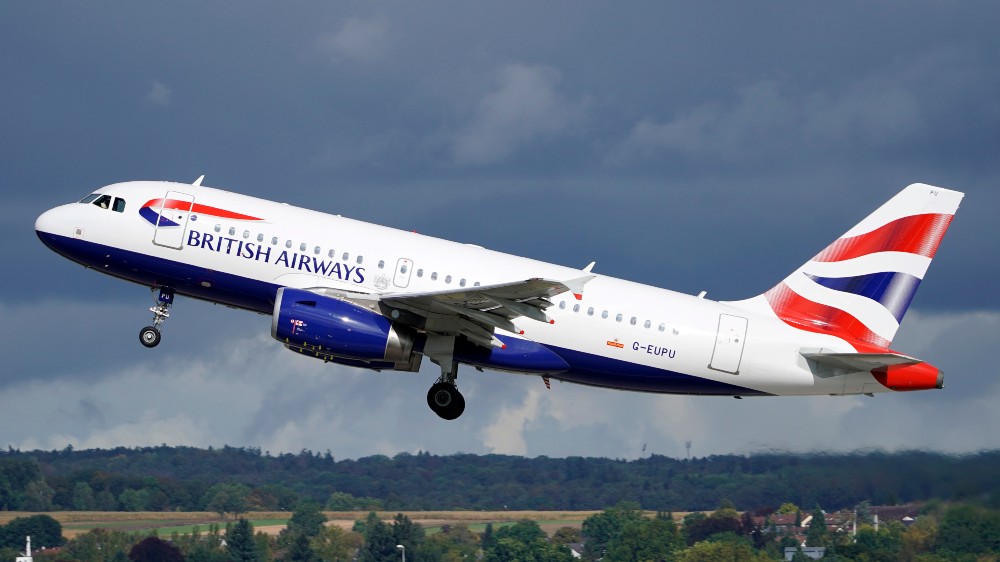 Most travelers know to fear storms and the long delays that come with them. But this weekend we learned that inclement weather can sometimes help you reach your destination a whole lot faster than anyone could have imagined.

On Saturday, a British Airways leaving New York made it all the way to London in under five hours, a new record for a subsonic jet on the trans-Atlantic route, reports The New York Times. The main reason for the flight’s blistering pace? Storm Ciara and the more than 200 mph winds it helped whip up.

Flight 112—which left John F. Kennedy International Airport at 6:47 p.m. on Saturday and arrived at Heathrow Airport at 4:43 a.m. on Sunday—completed the trip in just four hours and 56 minutes, 80 minutes ahead of schedule. That’s more than an hour faster than the six hours and 13 minute flight time the airline’s planes have averaged over the last 30 days, according to Flightradar24.

The Boeing 747, which reached a top speed of 825 mph, easily broke a record that had previously been held by Norwegian Air. One of the Scandinavian airline’s jets completed the same route in five hours and 13 minutes in January 2018. Two Virgin Atlantic traveling the same route also bested the old record on Saturday night.

Flight 112’s record-setting time came can largely be credited to Storm Ciara. The flight was able to take advantage of the strongest part of the jet stream which created tailwinds of more than 200 mph, reports the Times. While the speed of sound is 767 mph, BA’s flight time is considered subsonic because of those winds.

Those same hurricane-force winds contributed to the formation of the storm, which wreaked havoc on the UK over the weekend and caused the cancelation of countless flights. Despite the storm, BA told the paper that the safety of flight 112 was never in question. “We always prioritize safety over speed records,” a spokesperson told the paper, “but our highly trained pilots made the most of the conditions to get customers back to London well ahead of time.”

As fast as flight 112 may have been, it has nothing on the formerly BA-operated Concorde. The jet, which was put out of commission in 2003, regularly flew from New York to London in three and a half hours. It also set the record for a trans-Atlantic flight in 1998, when it completed the route in two hours and 58 minutes.